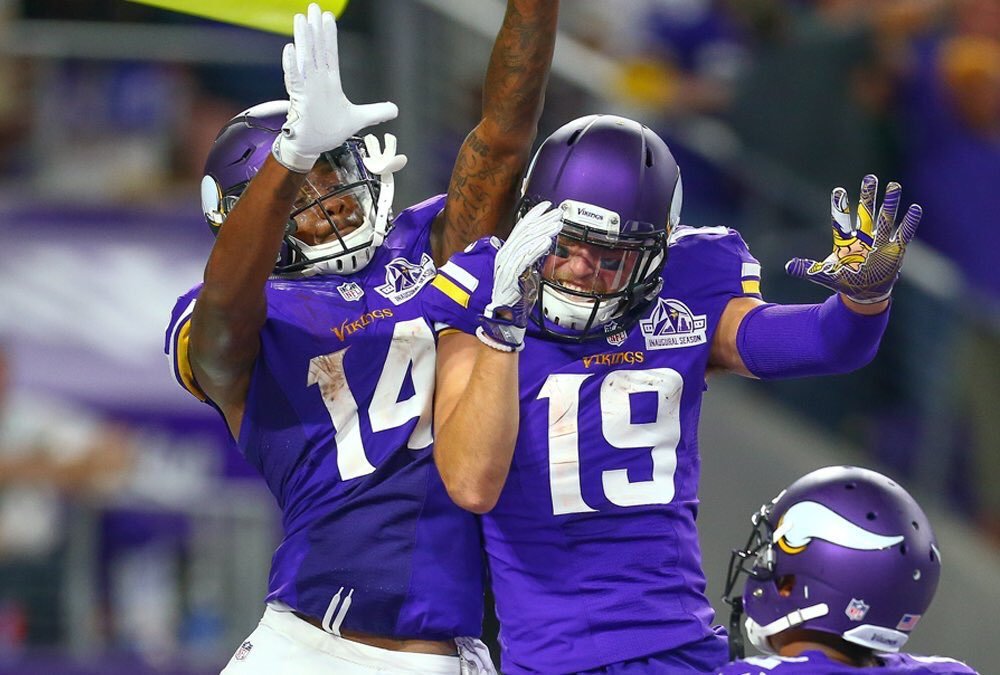 When it comes to WRs, FF players seem to overvalue metrics/physical athletic ability and undervalue route running. I think the reason for this, is that regardless of the amount of football knowledge that one possesses, anyone can look up a player’s athletic profile and see quantitative data. You cannot argue with 40yd dash times, 3 cone drill, or vertical jump data etc.  On the other hand, route running is much more difficult to assess. Athletic metrics are the equivalent of “low hanging fruit” as far as scouting fantasy rookies are concerned.

If we look at some of the current NFL players that have far exceeded their original rookie draft values, you end up realizing that most of them are very savvy route runners and not athletic freaks. Some of these names include Antonio Brown, Stefon Diggs, Keenan Allen, Doug Baldwin, Adam Thielen, TY Hilton, and Devante Adams. This led me to take a different approach when evaluating and drafting WRs, especially those outside of the first round of rookie drafts.

Don’t get me wrong, metrics matter… but they need to be combined with good hands and the skill most important for a WR in my opinion, route running. Everyone in the NFL is a special athlete, and the amount of athletic disparity from player to player is much less in the NFL than the NCAA. Over the years we have seen many physical specimens dominate the college ranks, but then not have that success translate to the NFL due to the much smaller athletic gap between athletes. A great route runner with good hands combined with an elite athletic profile is what we all strive to draft on to our teams, but how many of those individuals exist? If you don’t have a top 3 pick in your draft, the odds are extremely small that you will ever draft a Julio Jones type WR. Very few WRs in the modern era of the NFL have been able to make a career out of solely being a better athlete than everyone else. At the end of the day, as a WR, separation, and timing are everything. Elite route running, even in the absence of elite athletic ability, has consistently won at the NFL level due to the ability to separate.

For further proof that speed and athleticism should be view as secondary to one’s ability to run great routes, we need not look any further than to last year’s WR finishes in PPR leagues. Only 6 of the top 24 WRs had a speed score of greater than 100 (70th percentile). For those unfamiliar with the speed score statistic, it is a formula that takes into consideration a player’s 40 yard dash time in regards to their height and weight in the form of ((weight * 200)/(40 time^4))*(height(in)/73).

Here is my list of skillful route runners, who lack elite athleticism, that are currently being selected outside of the first round of most rookie drafts. I feel that these WRs will exceed their draft capital when all is said and done (in order of current rookie draft ADP):

Four names that you won’t find on the list despite running good routes are Andy Isabella, Greg Dortch, Hunter Renfrow, and Penny Hart. The reason for this is I have questions about their hands, and if they will ever be more that purely slot WRs at the next level.

There are hidden gems, in the form of polished route runners, that get pushed down the consensus rookie ranks because the fantasy community consistently becomes overly smitten by players who stand out athletically. Do your best not to become enamored with finding a generational type athlete and then hoping that they can develop into a polished route runner. I suggest that dynasty owners not put too much stock into athleticism and view it as a bonus only after assessing a WR prospects ability to run routes.

4-Round 2019 Mock Draft and Fantasy Implications: Round Three
Down and Dynasty: Top Rookie Quarterback Landing Spots