The Most Versatile Player in College Football: Lynn Bowden Jr

Lynn Bowden Jr did it all for the Wildcats. Playing QB, RB, WR and Returner for the wildcats, winning the Paul Hornung Award! @DynastyJon gives us a little more detail on the Kentucky Weapon! #NFLDraft #Kentucky 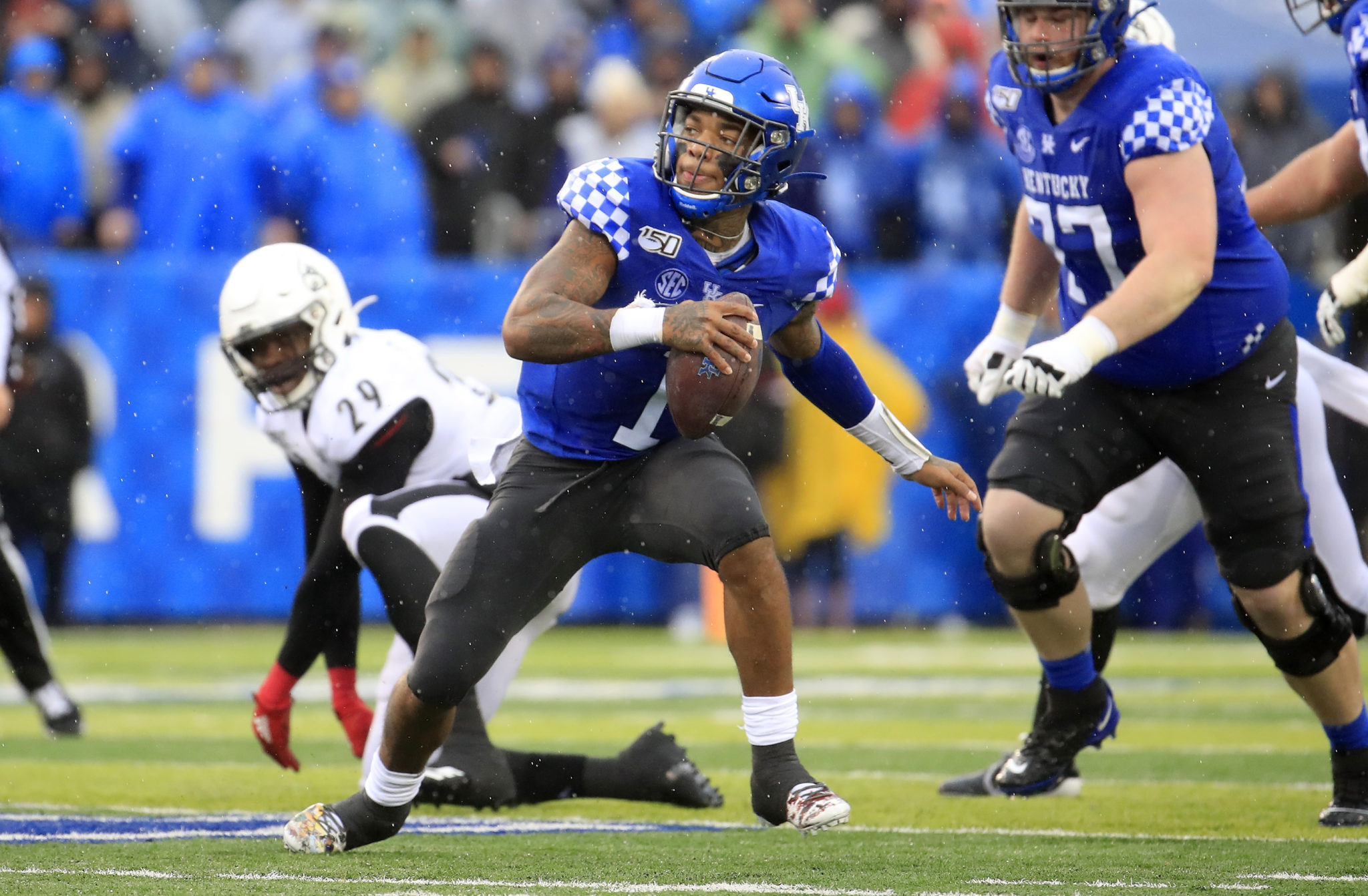 The most adaptable player in college football is undoubtedly Lynn Bowden Jr. As such, he won the Paul Hornung Award for the most versatile player in the nation. Previous winners include Rondale Moore, Saquon Barkley, Jabrill Peppers, Christian McCaffrey, Shaq Thompson, and Odell Beckham. I have to say, I think Bowden takes the title as the champ over all of them.

The Kentucky weapon has literally done everything for the Wildcats. Bowden Jr has been a Quarterback, Wide Receiver, Kick Returner and Running back in his college career, thus production in every statistical category. In 2019, Bowden had the following:

It’s not every day that you see production like that. Certainly, fitting of the Hornung Award. A breakdown of his college stats over the last 3 years can be seen below:

Bowden has now entered the NFL draft and provides an interesting discussion piece regarding his role at the next level. Usually, these players that contribute in so many areas can be deemed ‘gadget guys’, thus unable to produce when specialized. So, how will Bowden be used at the next level?

Bowden played QB in high school, switched to receiver at Kentucky, and made the switch to QB for the Wildcats when injuries hit the position. The consensus seems to be that the 6’1” 200-pound playmaker will declare as a WR and be some sort of Mohammed Sanu/Curtis Samuel hybrid.

There’s certainly not as much tape on Bowden at receiver compared to most prospects. In 2019 he was used sparingly at the position and he wasn’t as established in the offense in 2017. Therefore, 2018 is our main body of work to view at the position. Outside of that, we’re mainly seeing physical traits and football IQ; it’s difficult to evaluate his development as a route runner and pass catcher. However, Bowden evidently has good vision with the ball in his hands, highlighted by his 8.2 YPC in 2019.

Having said that, I do think teams will take a leap of faith on him because of what he was able to display under circumstances that most would consider less than ideal. I doubt Bowden wanted to change position, given how it could affect his draft stock. But, he did, and he thrived. If he could thrive in those circumstances, surely, he can adapt and thrive at the next level as a receiver.

I think my rookie dynasty evaluation will largely depend on combine performance and draft stack. More so with Bowden than other rookie prospects due to the unusual circumstances. I’ve always had a thing for the peculiar storylines, so Bowden has certainly grabbed my attention.