After investing through the draft, @DynastyJon is excited to see what the future holds for the Las Vegas Raiders. Here’s what’s new in Sin City! 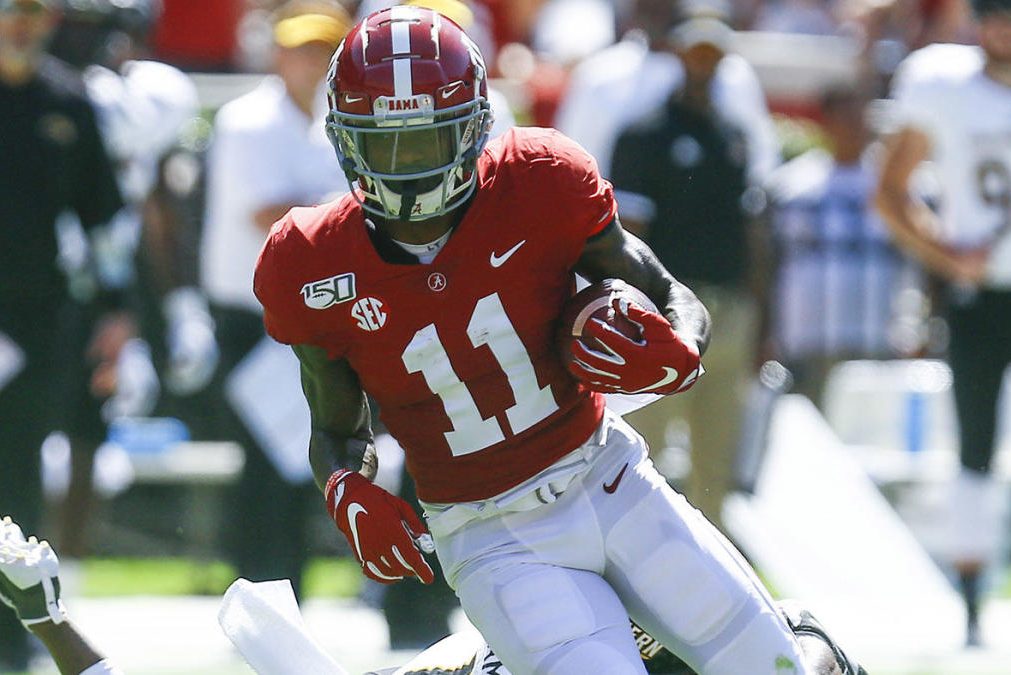 The 2020/2021 season was going to look a whole lot different for the Raiders off the field. A move to Sin City in a stadium resembling the Death Star is bringing a lot of excitement to Raider Nation.

Following the draft, however, the Raiders are going to look a whole lot different on the field, too! The 2019 season was not an emphatic one for Oakland, and their offensive weapons lacked talent. Josh Jacobs was a bright light, but Derek Carr was somewhat average, and Darren Waller burst on the scene. At the WR position, though, there was little to be excited about. Hunter Renfrow performed above expectations, but Tyrell Williams, Zay Jones, and Keelan Doss aren’t getting you anywhere. Hence, the additions through the draft.

In the 1st round, they selected one of the most explosive athletes in the draft by drafting Henry Ruggs. They followed that up by selecting a dark-horse WR1 in Bryan Edwards in the 3rd round, and offensive weapon Lynn Bowden Jr, also in the 3rd round.

Derek Carr now has his best weapons since he had Amari Cooper and Michael Crabtree. There’s every chance the Raiders move on from Carr if another QB is available through the draft or free agency, but no matter what, the Raiders are now well-stocked for the future.

Ruggs and Edwards provide a nice 1-2 punch on the outside, Waller is a mismatch nightmare down the seam, and Bowden will get used all over the field to get Yards after the catch. With numerous weapons at their disposal, things should open up for Josh Jacobs, too. Leaving Ruggs in single man coverage is a dangerous move. As such, it makes it very difficult for a defense to stack the box. Additionally, everyone seems to complement each other well with their skill-sets, suiting different roles. Quite often, on stacked offenses, guys can get in each other’s way and prevent the offense from fulfilling their potential. That’s not the vibe I get with this roster construction.

Before the draft, Josh Jacobs was the only Raiders in the top-100 dynasty rankings. Waller has gotten close, but there was very little upside aside from Jacobs. As we now progress forward, I think that’s about to change. I expect this to be an offense that dynasty owners are chasing to get shares of. That will only improve if they can bring in a high-end QB in the future too.

The Raiders are going to want to put on a show in Vegas. They’re not going to play a tame, conservative brand of football in front of the neon lights. This is going to be an offense that will bring fireworks over the next few years. Hold on to your seatbelts!