Will Joe Burrow’s tiny hands sink his career? Does the combine matter for QBs? Jeff Henderson has answers. 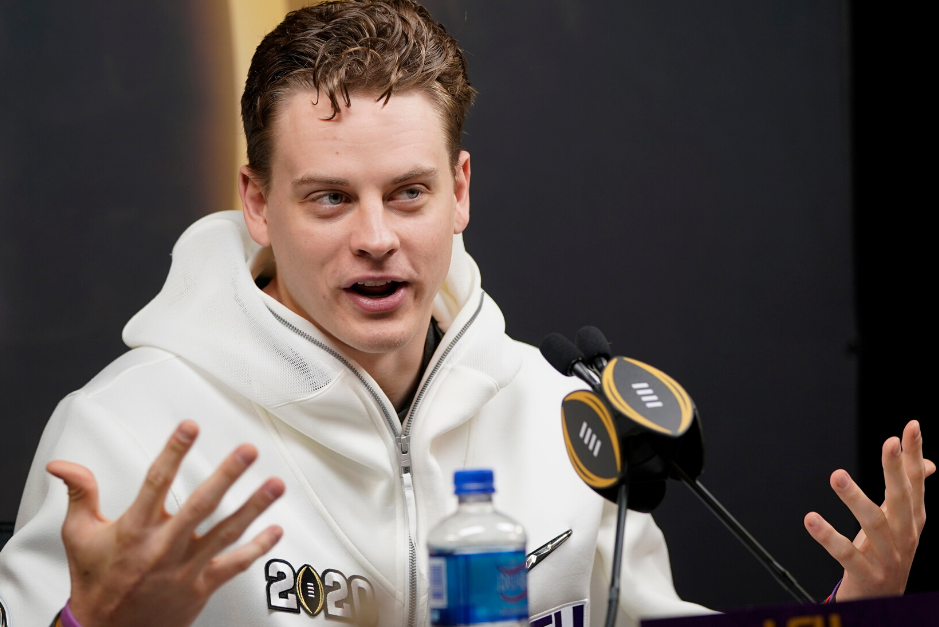 Joe Burrow’s petite 9” hand size measurement in the NFL combine measured smaller than 92 percent of combine quarterbacks since 2010, sparking a headline buzz this past week.

NFL teams value quarterback hand size largely due to the idea that in cold weather those with larger hands are better able to grip when throwing and less likely to fumble. This idea makes theoretical sense until you peel back one layer of the onion in the data and find that both 2019 Super Bowl contending quarterbacks (Jimmy Garoppolo and Patrick Mahomes) hands are an undersized 9.25” – smaller than 81 percent of combine quarterbacks – yet they still managed to lead their teams to the big game.

Furthermore, Aaron Rodgers’ below average 9.37” hands were big enough to take him to last year’s NFC Conference Championship while already wielding a Super Bowl ring. And while San Francisco offers mild winter climates for Garoppolo, you’d be hard-pressed to find a colder playoff scene than Green Bay or Kansas City.

So what combine event does matter in dynasty for quarterbacks? To find out, I separated all fantasy quarterbacks from 2010 – 2019 into two categories: those who averaged at least 16 PPG during their first (up to) four years in the NFL and those who did not. This provides a basis for determining which quarterbacks were startable in fantasy vs. busts. I then charted how well each of these quarterbacks performed at the combine for each major event. Let’s start with hand size and see if there is any reason to pump the breaks on Joe Burrow as the consensus first QB taken.

You’ll notice some more gray dot “busts” from 9.25” and below in relation to green dot “startable” hits but the sample size on small hands is, well… small. Given that Patrick Mahomes provides the top-ranking green data point and Aaron Rodgers is the next highest ranking, it’s pretty unconvincing to buy-in to the narrative that smaller hands will lead NFL or fantasy teams to ruin come December. Because of this, default to hand size being of no relevance and thank me later when Joe Burrow is slinging it in your fantasy playoffs in the coming years.

Here’s another event that could prove misleading. Judging by the graph above, you might say those slower than 7.2 seconds on the 3-Cone drill are likely to bust. But you’d be casting away the second-highest scoring quarterback of the decade – Aaron Rodgers.

Without diving too far into these events, take a look at the Arm Length chart (top-middle chart). Kyler Murray’s arms are a preposterous full inch and-a-half shorter than the next shortest quarterback from the past ten years. After his rookie season in 2019, Murray’s fantasy numbers have turned out just fine as he was the 2019 QB8. Given this fact, I find it hard to argue having short arms are as detrimental as some NFL teams might presume.

As far as the other charts go from this picture, nothing really stands out as a threshold for any of the other events. This all changes when we consider the 40 Yard Dash.

Finally, something fantasy useful emerges. The speediest of the speedy quarterbacks (Michael Vick and Robert Griffin III) were both quality fantasy starters, and the cream of the crop fantasy performers ran no slower than 4.85 seconds. This isn’t blazing fast speed, but given the NFL’s trend of rushing and/or mobile quarterbacks, this might be a solid indicator of fantasy success. Note that Lamar Jackson did not run the 40 Yard Dash at his combine, but it was reported that he would have run a 4.3, making him the fastest of any in the past decade. This would have made 3/3 fantasy successes for the quickest 40-time dashers. It’s not likely any quarterback will run a sub 4.4 40 this weekend, but so long as they stay below 4.85, don’t worry one iota about how they do or don’t perform in any other metric.

✈️ Saving Gase: How Sam Darnold and Co. can put up fantasy points against their coach’s wishes.👇

Follow this thread as the college season approaches I will post my top 12 at each position for #devy and my 2021 draft eligible players. To check out my entire Devy ranks check out @dynastynerds

Who's the biggest benefactor if Mostert is traded?

🆕 Stock Watch: Revisiting the Class of 2019, Running Back Edition

📊 Revisiting the Class of 2019, this time @Knighthawk7734 looks at the value of a quartet of running backs drafted in the third round as they head into year two.👇

😢 The Browns disappointed for fantasy football in 2020. Will there be a resurgence in fantasy points under new Head Coach Kevin Stefanski. @Josh_FF lays out the options.👇

What to Know About the NFL Combine
Draft Profile: Jonathan Taylor