For years the Patriots have been known as a destination for dominant play from the Tight End position. @DynastyJon explores the new guys on the block in 2020! 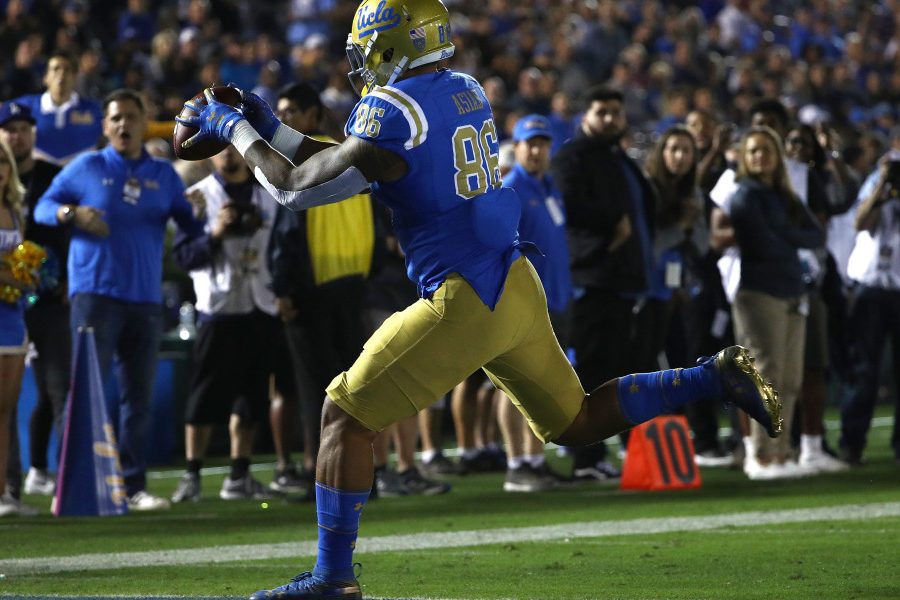 For years the Patriots have been known as a destination for dominant play from the Tight End position. Whether it was Gronk or Hernandez, they were one of the best teams to utilize the position.

2019 presented quite a contrast. In 2019, the TE roster comprised of Ben Watson, Matt LaCosse, and Ryan Izzo. The best of whom (Watson) reeled in a mere 17 receptions for 173 yards. That ranked 45th in the league. Long story short, they were abysmal. Not the Patriots that we’ve been familiar with for the past decade.

Therefore, it wasn’t a delusional thought to expect that they would address the position this offseason. The Patriots passed on signing an alternate option in free agency but ended up making two rookie selections in the draft.

In 2010 New England took Gronk in the 2nd round and Hernandez in the 4th round. Similarly, the Patriots selected two TEs in the 3rd round in this year’s draft. Devin Asiasi at pick 91 and Dalton Keene at pick 101 were the 2nd and 3rd TE’s selected in the draft.

For many, this was quite a surprise. Cole Kmet largely anticipated to be the first TE taken. However, Adam Trautman, Albert Okwuegbunam, and Harrison Bryant were expected to be next. For the Patriots to choose Asiasi and Keene above those names means we missed something in our initial evaluations. Asiasi and Keene were not on the radar. Given the Patriots’ depleted WR corps, they are now firmly on the radar for rookie drafts.

Asiasi is a 6’3” 257-pound TE who was a 4-star recruit out of high school. As a top-50 recruit, Asiasi committed to Michigan, where he played his Freshman season under Jim Harbaugh. After that Freshman year, Devin decided to transfer closer to home and play for UCLA. Due to transfer rules, he missed the 2017 season, before playing in 4 games for Chip Kelly’s team in 2018. In 2019, he established himself as a weapon. A breakdown of his college stats can be seen below:

Perhaps the first thing that catches the eye is his high yards per catch. Asiasi averaged 15 yards per catch in college, so clearly has some big play ability. The one year of production is somewhat of a concern due to limited experience against elite talent. That being said, if Belichik was impressed, then I’m not going to argue about it too much.

Asiasi thrived in a play-action attack for UCLA and exhibited great speed up the seam. I can see him running those Gronk seem routes now! However, he experienced issues with his weight in 2019 and didn’t show much as a blocker. I find it hard to see him on the field regularly in his rookie season due to that. I think he’ll be more of a situational player for the Patriots. Overall, watching his tape, nothing blew me away in terms of talent, but the landing spot opportunity gives me some interest in rookie drafts. In some leagues, I’ve seen him selected in the 2nd round, which is too early for my taste.

The second TE, Dalton Keene, is a 6’4” 253-pound feisty grinder from Virginia Tech. Where Keene becomes interesting is his versatility. At Virginia Tech, he was a true swiss—army knife. He played in-line, as a wingback, from the slot, as a fullback, and even as an O-lineman occasionally. I think he’s going to be one of those guys who is more of an asset to a real team than a fantasy team… particularly with James Develin retiring.

His biggest strength is his blocking. He’s a pancake machine, and in a year when the Patriots could be rushing more, this could be handy for them. It’s quite surprising because he seems a little thin when you look at him, but it’s his bread and butter. He is athletic, but I have a feeling he’ll be used to offset Asiasi.

His 4.71 40-yard dash, 34-inch vertical, and 7.07 3-cone drill prove there’s enough athleticism there to be turned in to a weapon, but he’s a far more developmental type prospect than many TEs in this class.

At Virginia Tech he was used sparingly in the passing game and his college statistics are kind of what I expect to see at the next level.

As such, Keene wouldn’t be more than a 4th round pick for me in rookie drafts. Asiasi has the fantasy upside as a 3rd round pick in my eyes; however, you never know just how Belichik may develop a player into an asset.