The Resurgence of Myles Garrett’s Mentality

Many NFL football players have all of the physical talents in the world to become the very best. Myles Garrett is easily one of them. Garrett puts in the time and work needed to be in the best game shape to dominate his opponents. 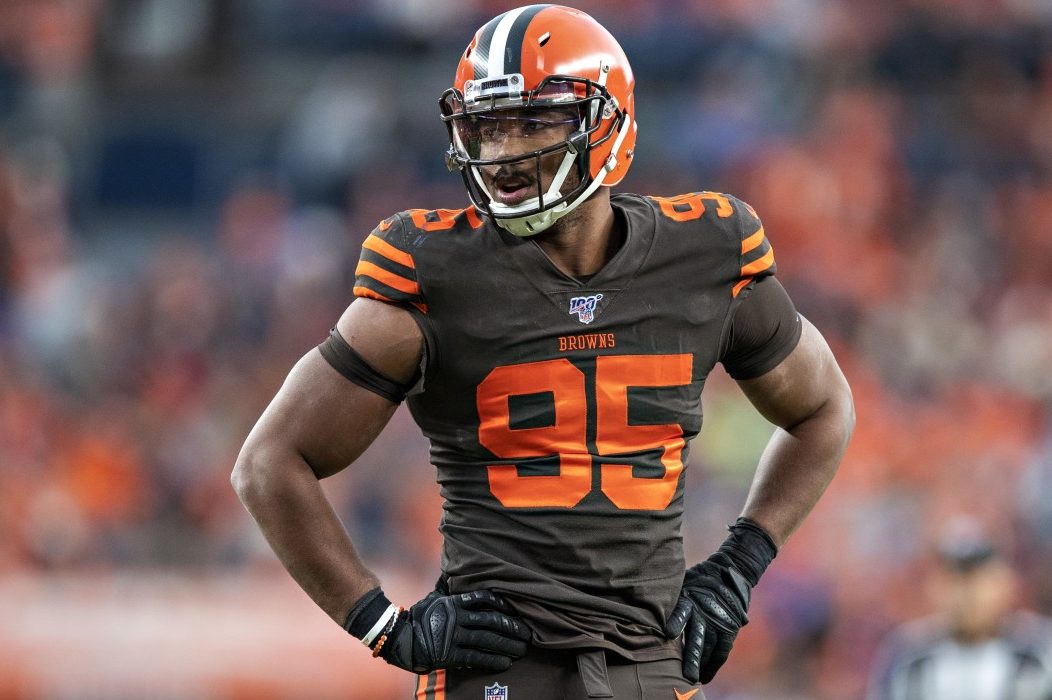 Many NFL football players have all of the physical talents in the world to become the very best. Myles Garrett is easily one of them. Garrett puts in the time and work needed to be in the best game shape to dominate his opponents.

However, last year we saw a mental breakdown of Garrett whether provoked by Mason Rudolph or not. The helmet hitting meltdown on the field was one of the most brutal in the game’s history. Typically after a tragic event like this, a player would struggle to come back into the league or even begin to decline.

Myles Garrett Walking Away From Football?

Garrett literally contemplated walking away from football altogether. He mentioned his huge competitive spirit and being able to fill that void with another sport. We all know he decided against that and even welcomes a face to face conversation with Mason Rudolph. I’m sure he wants to bury the hatchet, and the best way to do that would be off the field.

What we’ve seen from Garrett this year is a resurgence of his mind. He entered the 2020 season prepared, focused, and reset. The future Hall of Famer Marshawn Lynch recently said, “Start taking care of y’all mentals, y’all bodies, and y’all chicken for when y’all ready to walk away.” Myles Garrett literally did that. The NFL did make him take anger management sessions as part of his pledge towards getting unsuspended.

This has all led to him becoming the behemoth he is. Garrett is leading the league in sacks with 9.5 after playing nine games. His PFF Rating is 86.6. Myles Garrett is still only 24 years old with three seasons under his belt. With 40 career sacks at this pace, he is challenging to get into the top for all-time sack leaders in a career. Bruce Smith is pacing the group at 200 total sacks. Will Garrett even get close to that number? He’s shown to have the physical ability and traits, but most importantly, his mental ability will need to stand the test of time to be one of the all-time greats.

Myles Garrett has a very bright future ahead of him, and I believe we haven’t seen his talent hit its peak yet. How many career sacks do you think Myles Garrett will finish with when he retires?

Keep an eye on these quarterbacks as they climb the ranks in our Fantasy Football Rankings board.

Until next time, keep following me @trifacemedia on Twitter. You can pick my brain as I’ll provide the best; dynasty, standard, PPR, Draft Kings, and FanDuel lineups for the week. Do not forget, make your dynasty management life easier with DynastyGM. It’s worth every penny if you want to save some time and leave the decision making to us!