The Resurgence of Ryan Tannehill

With Tannehill coming off the bench and leading the Titans to an AFC Championship, Is this just a red herring or can we expect this from him from now on. Join us as @Nick0629Nick breaks down why he thinks Tannehill will continue to show this progression. 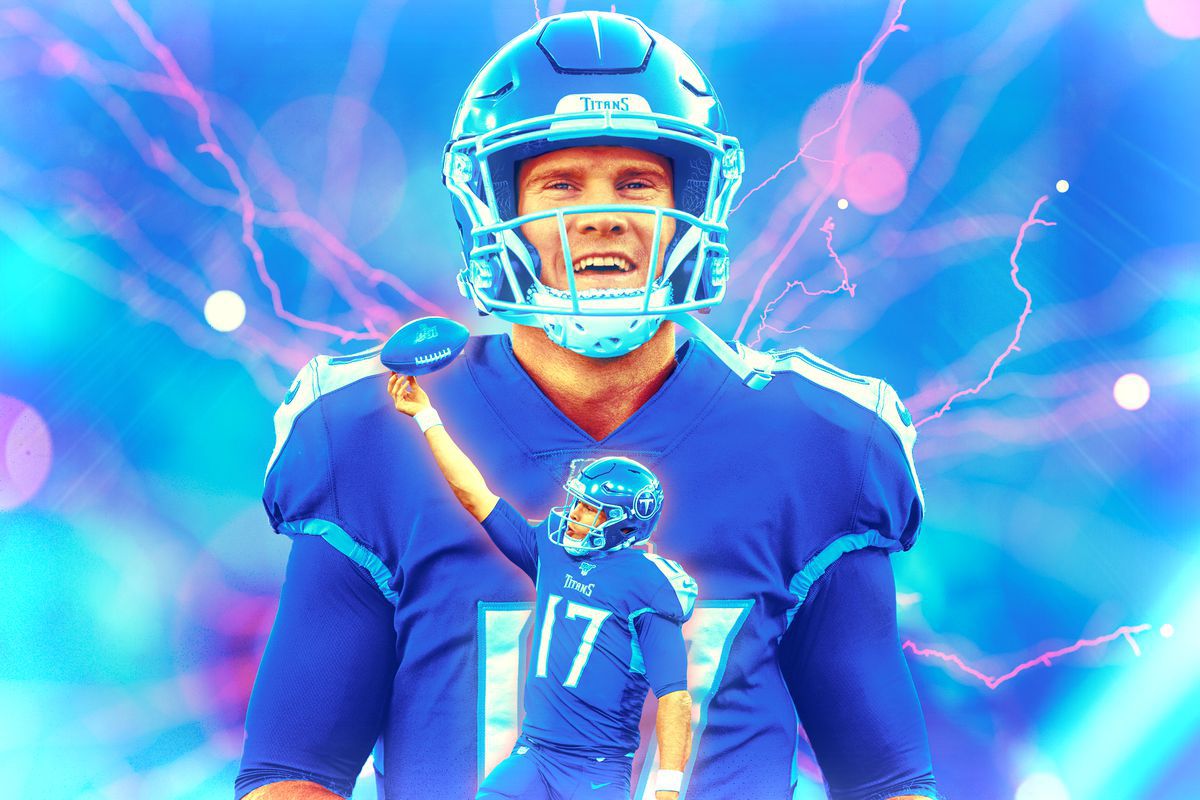 In what has been one of the most underappreciated comebacks of the 2020 NFL season. We have seen Ryan Tannehill go from a backup who was not supposed to see the field to leading his team to an AFC Championship and the 2020 Comeback Player of the Year.

Joining me in this conversation about Ryan Tannehill is fellow Nerd Jeff Abercrombie. You can find Jeff on twitter @thesofascout. Give him a follow.

Is Ryan Tannehill a one-hit-wonder or is he truly a comeback story. As we discuss various plays throughout the game, you can reference the NFL game recap here.

Nick: In my opinion, this was the spark that Tannehill needed to reignite his career. Even though he is 31 years old, Tannehill has shown he still has gas in the tank. Whether it was through deep passes or using his mobility (43-185-4), which was surprising for a 31-year-old. Tannehill showed he still has what it takes to be competitive at this level. One game that came to mind that showed his capabilities was the week ten game versus the Chiefs. During this game, they were consistently behind the Chiefs, but Tannehill mounted a major comeback for the win. I am going to breakdown the skills Tannehill showed during this game and why it will continue into next season.

Nick: In this particular play, Tannehill showed incredible patience. Waiting for wide receiver Kalif Raymond to achieve the separation needed for this play to be a success. Raymond didn’t need much separation because Tannehill threw it into tight coverage, while risking a batted ball from the five-man rush. This was one of Tannehill’s biggest struggles in Miami outside of his lack of complementary pieces to boost the offense.

Jeff: I love that play. This play was where I knew Tannehill was locked in this game. You can see he’s looking deep all the way, but I love how Vrabel dials up a play-action pass on 1st and 10 to take a shot. Tannehill was set up for success with the play call. He stood tall in the pocket with pressure coming off the edge and into his throw. You can see he doesn’t get to fully get his weight into the throw. Instead relying on that arm, but he also isn’t throwing off his back foot and sailing the ball. The throw was an absolute dime, and I do think it fueled his confidence as he made daring throws all game.

The thing I like most about this play is it really shows who Tannehill is. He shows the same skills NFL scouts loved: mobility, pocket presence, and arm talent. It also shows the same limitations – namely not working through progressions and staring down his lead and not always making good decisions with the ball. As a late convert to the QB position, he had a lot more learning to do between the ears than many his peers who’d been playing the position since high school (Tannehill was a WR at Texas A&M until halfway into his Junior year).

This was one of my favorite plays of the game. Tannehill has the audacity to throw it with the corner in tight coverage. He does not have a problem making the tough throws to keep the drive alive. At this point during the season, he was fighting to show he was not just a game manager, as we have seen from many other quarterbacks this season, but instead showing that he has the tools to be a franchise quarterback again.

Jeff:  I agree. Tannehill is a “pre-snap” guy. Before the snap, he knows where he’s going to go with the ball. Two safeties are playing deep, and there is a blitzing linebacker. The middle of the field is going to be wide open, and Tannehill knows it, so he looks off the safety left and then attacks the mismatch over the middle for his TE to win one on one. With that much open field to attack, it’s almost an impossible task to cover. Tannehill hits to the top of his drop, switches over to his primary target, and then delivers a strike.

Here’s another fun one from that game. That was probably an ill-advised throw (but it was 4th and 17, so might as well chuck it in that situation, right?). Still, it was an impressive ball placement with pressure and tight coverage. Just another example of the confidence Tannehill started playing with starting with this game.

Jeff: We haven’t talked about yet just how gritty Tannehill played in this game. That grit set the tone for the rest of the year and Tennessee’s march to the AFC Championship Game. Derrick Henry dealing punishment play after play is a factor here, but Tannehill showed off the athleticism that Adam Gase never used effectively to take the game out of KC’s control.

This is something I never remember seeing with Gase running the show in Miami. On 3rd and 10, Tannehill uses his athleticism to get downfield for a huge first down. And, when the stakes were highest, Tannehill executed a perfect two-minute drill with no timeouts left. His mobility often shows up in the pocket. But he’s still dangerous running the football, as seen with the way he splits through the second level to get the Titans within striking distance. Just as impressive, the clock continues running, he completes pinpoint throws over the middle for a TD with under a minute remaining.

And for fun, he caps off the drive with a 2 point conversion he runs right through Juan Thornhill to extend the lead to a crucial 3 points. His willingness to put his body on the line as he rallied with his team galvanized the team around him for their deep playoff run.

Nick: Now, for the resurgence to continue outside of just a one year wonder, the main thing that needs to happen, he needed to stay in Tennessee. Signing a four year $118 million contract on March 17th. Mike Vrabel found a way to compliment Tannehill’s strengths and build the offense around hi; by having powerhouse running back Derrick Henry on the offense, Tannehill wasn’t required to throw as often.

Jeff: I agree Nick. Even in this KC game, most people want to talk about was just how studly Derrick Henry was pounding the rock and getting 10 to 15-yard gains with each touch. Not to mention the breakaway runs for touchdowns. I think getting the LBs sucked up into the line of scrimmage and opening up the middle of the field gives Tannehill better delivery windows. Getting the DL back on their heels to start the play and creates many pockets for Tannehill to throw into. Taking advantage of Tannehill’s good anticipation. Having a YAC monster like AJ Brown also helps.

As much as Tannehill has shown some of the strengths that got him drafted eighth overall to Miami, he has shown some maddening weaknesses as well. Not all QBs can make progression reads. Tannehill, at least, can compensate by understanding all the pre-snap cues. Sure, a great defensive coordinator might be able to confuse him into some poor decisions. Still, there’s also a general level of ball security Tannehill needs to do better to stay a starting QB at the age of 31.

Tannehill had a hard time holding onto the ball, and it’s still something we see – even when breaking down his best game of the year. (1:25 and 5:44 in-game film)

And the decision to throw this type of pass plagued him in college and was a major reason (along with injuries) Miami moved on from Tannehill as a pro. There is a silver lining about this play. It happened early in the game, and you didn’t see Tannehill make that mistake again. He took some sacks on 3rd down instead of hurting his team with poor decisions. That is the reason he had the chance to deliver an epic comeback.

Tannehill has the security of a long-term contract, a head coach who designs game plans to suit his abilities, and a strong supporting cast. For fantasy purposes, Tannehill has the makings of a great QB2. One who is a bye week fill-in or a backup in a 1QB league. In a Superflex league, he gives you a solid second QB who can give you the occasional QB1 week.