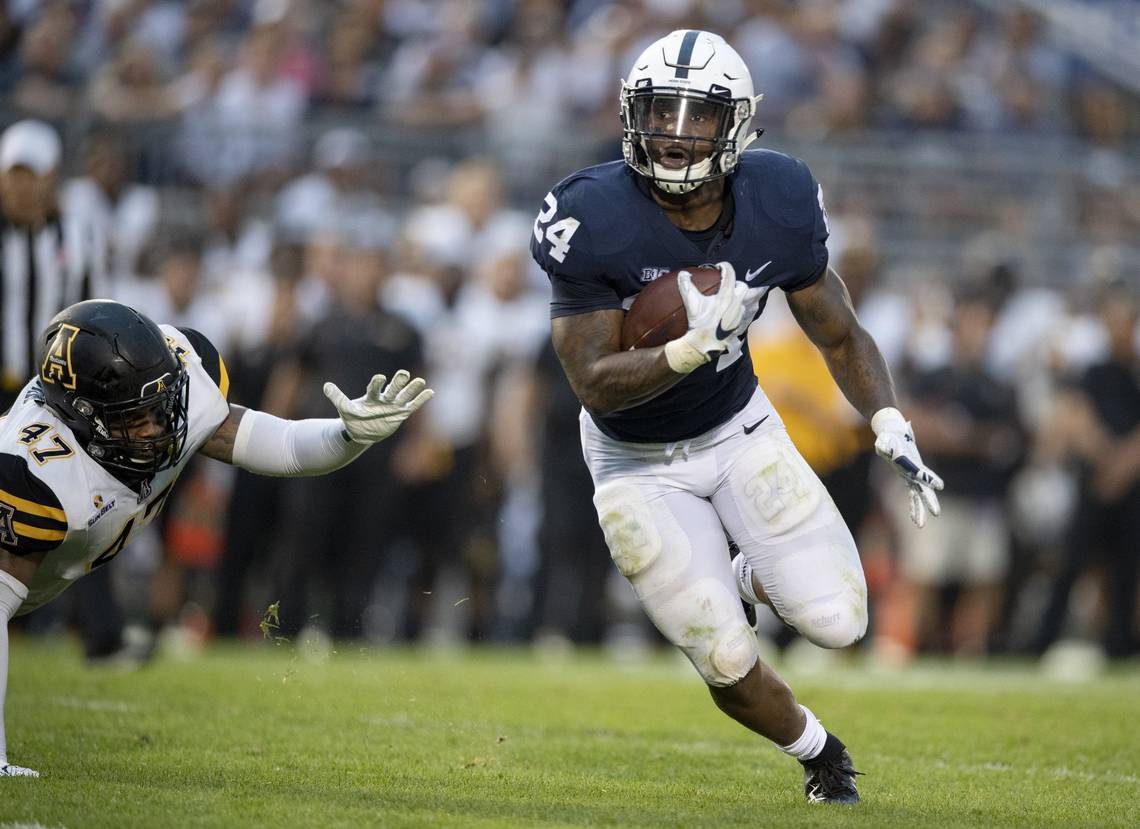 We only got to see one full year of Miles Sanders at Penn State. Prior to that, he was backing up the GOAT….the one and only Saquon Barkley. You can’t really count that as a knock against him as even some of the most elite RBs would back up Barkley, if not all of them.

Sanders had a strong and impressive Junior season following the departure of Barkley in 2018, and he backed it up with a strong combine performance. The 5-foot-11, 211-pound back ran a solid 40-yard dash, and he also showed a 36-inch vertical and 124-inch broad jump. What was more impressive were his agility drills, finishing with a 6.89 3-cone and a 4.19 In a lot of ways, his athletic profile reminds me a lot of Lamar Miller.

Following the combine, ESPN’s Todd McShay noted that he thought that Sanders was now at least a Day 2 lock. He noted, “Sanders, on tape, and when I saw him in person: Really good back. I didn’t think he was elite, but I thought he was a Day 2 prospect, and I thought his workout only helped him.” Additionally, Daniel Jeremiah named Sanders as the top performer of the combine, whilst Matt Bowen named Sanders as the 6th most complete back in the class.

Sanders has so many ideal traits that you look for in the modern NFL. He’s elusive, explosive, smooth, patient and has ideal agility and vision. He looked strong in the passing game too in his final season with 24 receptions to go along with a strong 6.0 YPC for his college career. A breakdown of his Penn State production can be seen below:

He’s not necessarily elite at everything but he’s certainly good across the board. There aren’t a ton of prospects these days that are so well rounded. Additionally, the low workload as a result of Barkley’s presence can only be seen as a positive. With only 276 career carries, in theory the risk of injury is greatly reduced early into his NFL career.

On the flip side, he’s a below par run blocker and has a peculiar running style. One NFL RBs coach noted, “He sees it well, but it looks like he’s imitating Saquon with all the stop-start stuff he does. He doesn’t have Saquon’s go-go juice so he needs to be careful with all that stuff. Just trust your eyes and go. That’s what I would tell him.” There were quite a few concerns prior to the combine about his explosiveness and ability to break away. However, I think a lot of those questions were squashed following his combine production.

Following the combine, Sanders is flying up draft boards quickly. He’s likely going to fit right in as a mid to late 1st round rookie pick depending on landing spots. I don’t think he will rise above Josh Jacobs, David Montgomery, or Darrell Henderson in most leagues, but he’s fighting to be locked in as that RB4 in 2019.

Blowing the Combine Away
Miles Boykin- The Cheaper Metcalf