What can we expect from Mike Davis? Is Robby Anderson the real deal? @Culture_Coach sits down with Jeff Haseley of the FootballGuys.com to find out. 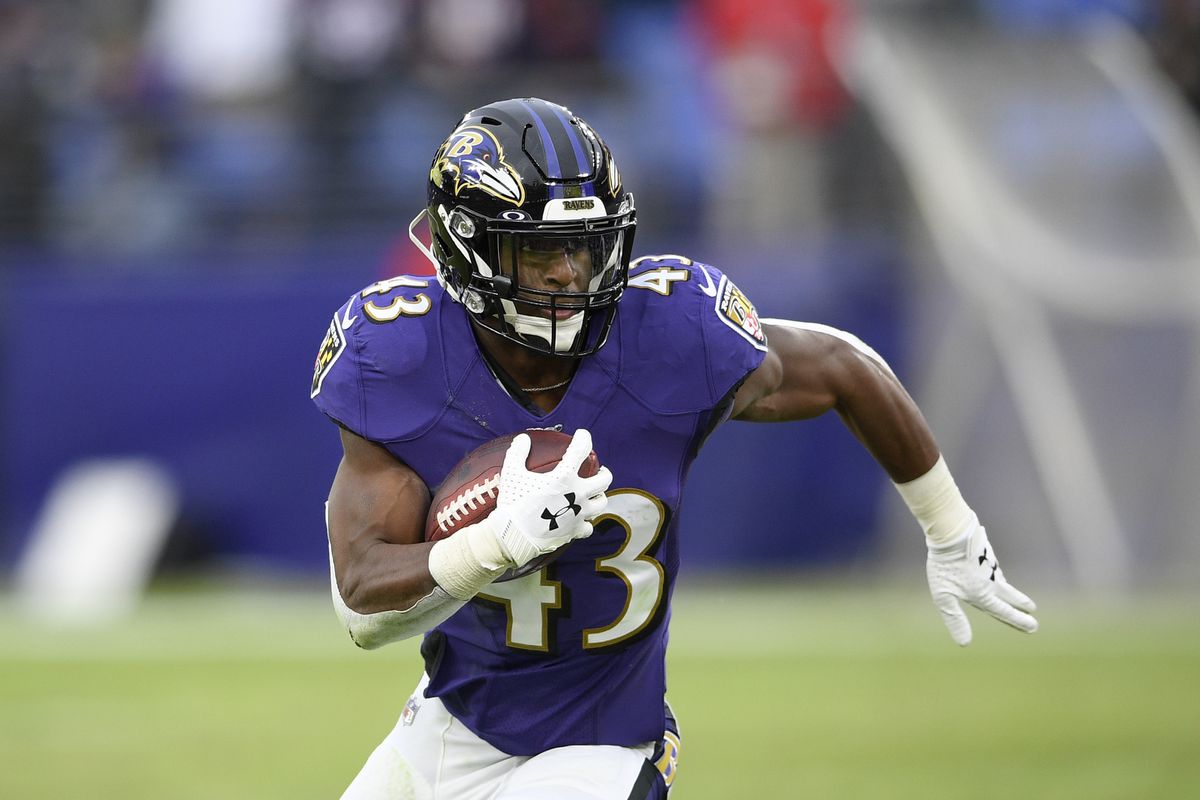 Welcome back to the Saturday Evening Post. Week 2 brought us a flood of injuries. Your dynasty team might be showing some [romise, or it might missing expectations, leaving you with the decision to fight or flight.

This week I sat down with Jeff Haseley, Senior Writer at FootballGuys.com, and co-creator of the show Carolina Fandom. Jeff and I to dual fandom, early-season injury management, what move to make in dynasty this week.

Carolina on my mind

Dennis Bennett: Jeff, thank you for chatting with me today. I gather by the Carolina Fandom you are a Carolina Panthers fan. That was a tough break with the McCaffrey injury this week.

Jeff Haseley: Yeah, I am a Panthers fan. Hopefully, McCaffrey is back soon. I’m originally from western New York, and I actually grew up a Buffalo Bills fan. I moved to the Carolinas in 1997. The Panthers had become a team in 1995, and of course, it was the big thing here in the Carolinas.

The Bills heyday with Jim Kelly, Bruce Smith, Thurman Thomas, and Andre Reed was coming to a close, so I’m like, you know, I still have an allegiance to the Bills, but, being in Carolina, it being in a football city, and being a part of it drew me in.

New team on the block

Jeff: If I remember correctly, I think it was ’96, in the second year with Kerry Collins, and they made the playoffs. So it was a big thing to be at a game. Charlotte already had the Hornets, the nightlife was great, and then the Panthers came to town. It was like, ‘Oh wow, look at this we got two sports teams now’ It was a big thing being a part of that, and I just kind of fell in love with the team. I just became a fan. I’m still a Bills fan. I’m still pulling for the Bills and the Buffalo Sabres, all of my rooting interests from back home. But yeah, I would say I’m a Panthers fan, and when the Panthers play the Bills, I actually root for the Panthers.

Dennis: Let’s talk about how you got started in the fantasy football content game.

I guess I just kind of became a popular poster there. And over time, I created this column sort of, it was a write up every week about different things, different stats, tidbits, and interesting facts—stuff like that. I just kind of stuck with it, and it became popular.

In the summer of 2007, David Dodds, a co-owner of Football Guys, sent me a message. A private message to the message board. He says, ‘You got some time. I want to talk to you about a possibility for you.’ I’m like, ‘Sure, whatever.’ So we had a phone conversation, a phone interview, and he tells me ‘you’re kind of a likable guy on the boards and produce good content, we’d like to bring you on staff. How would you like that?’ Well, I’ve been with football guys since 2007.

Dennis: Since you’re down in Carolina, let’s talk about Robby Anderson. Fool’s gold or the real deal? Should dynasty owners buy into what’s happening there?

Jeff: After week one, I would say I was on the fence with Robby. I’m wasn’t sure if he was going to continue to develop and be a key piece in the offense or not. Then Week two happened. Now he’s got two 100-yard games in a row, and he’s leading the team and targets.

Coming into the season, I thought he might be lower than Curtis Samuel in terms of offensive production. I wasn’t sure. He’s had some success with the Jets scored a lot of touchdowns, a lot of longer touchdowns, that’s more his thing. But he’s also done a little bit more than that. So, I’ve gone from I’m not sure to I’m leaning maybe we got something here with him.

Looking at the Football Guys rest of the season projections and they have Anderson finishing as the WR28, which is just above Darius Slayton and just below Jerry Jeudy. That’s roughly about 173 PPR fantasy points. That is not too bad. I would take that as a flex option.

Dennis: Christian McCaffrey was injured later in the Week 2 game against the Buccaneers. Mike Davis is going to step into the fray there. You know, we’ve seen Davis pop over the years. A little bit in San Francisco. A little bit in Seattle. What percentage of McCaffrey’s fantasy output do you think we can realistically expect from Mike Davis over the next few weeks?

Jeff: Wow. I’d say more as a receiver less as a running back. So I think maybe 12 to 15 carries a game, and that’s if the game script is in his favor. I don’t know if he’s quite the rusher that Christian is. I’m not even really sure if they’re going to go that route with him or if he’ll be more of a receiver. We might see Reggie Bonnafon, who was the #2 back last season, come in.

My best guess, maybe 40 to 50% of McCaffrey’s workload, is Mike Davis. The Football Guys project 71 total yards, 3.7 receptions, and about 13.3 fantasy points in PPR.

Dennis: Let’s talk about your teams. So how are your dynasty teams doing two games into the season?

Jeff: I have three dynasty teams. One league, I’m 4-0. Yes, we play two games each week. Then I’m in the Football Guys staff dynasty league. I’m 1-1 right now. In another industry league, I’m 0-2. I’ve got high point totals. I hate that. Nothing is worse than when you have a high point total, then you lose.

Dennis: So, let’s talk about the 0-2 team. Your scoring a lot of points. Your opponent is just scoring more. If you’re in that situation, do you feel you have to make a trade to shake it up, or do you sit tight because the wins will come with the points?

Jeff: I think it will come around. I do. So, I’m sitting tight in that situation. Especially if I haven’t had injury issues. Sometimes those are the breaks. You score a lot of points but your opponent scores more. I just want to wait and see how it plays out. I made the majority of my trades in the offseason with that team and I don’t really see myself trying too hard to make a trade in this one.

Dennis: We are a couple of weeks into the season. Is there any rookie from last year that underperform or hasn’t broken out yet that you’re trying to acquire? A trade that might not pay off this year or might not pay off until the last quarter of the season. But, a player you believe is going to do something.

Jeff: Well, I was thinking that of Paris Campbell. I’m a big Paris Campbell fan, and then he got hurt. Maybe Darrell Henderson. Just to see what he can do. That’s kind of a muddy situation in Los Angeles. I’m not really sure about that. I don’t know if he has a clear path to anything. Because it sure seems like they’re going to give Cam Akers that opportunity once he gets healthy. Miles Sanders is one that I’m pretty high on, but he’s already reached a point of iconic status, so to speak. He’s not under the radar.

Dennis: So what draft pick would you pay for Henderson in a trade right now in a PPR League?

Jeff: Whoever has Henderson is going to want a second round pick. I’m not sure I’d pay that.

Jeff: That is still a bit high for me. I’m willing to take the risk, but I’m a little nervous about Akers. The Rams want to give him an opportunity. Malcolm Brown is there to vulture touchdowns too.

Dennis: How about Henderson plus a third round pick for a second round pick?

Jeff: That’s close. If the third round pick is early, and my second is late I think I would.

I’ll tell you one guy I was high on last year I’d like to see get a chance. Justice Hill. I was pretty high on him last year, and he’s done nothing. Hill is buried behind Ingram, Dobbins, and the Gus bus. Baltimore has been great about taking a position of strength and trading to support a weakness. They did it with Hurst just this year. Send him off for like a 4th or 5th round pick. The Giants already signed Freeman, but I would have liked to see them get Hill.

Dennis: Jeff, thank your time. Tell the readers where they can find you.

That’s it for this week. Here are a few nuggets to help you get that win and turn that team around.

You can find me @Culture_Coach on the Twitter machine. I also co-host the Fantasy Football Roundtable podcast.