The Slasher Spectrum: Jahmyr Gibbs to join the likes of Aaron Jones

Jahmyr Gibbs is flashing and showing some of those trademark slasher traits. @sharpereview breaks it down. 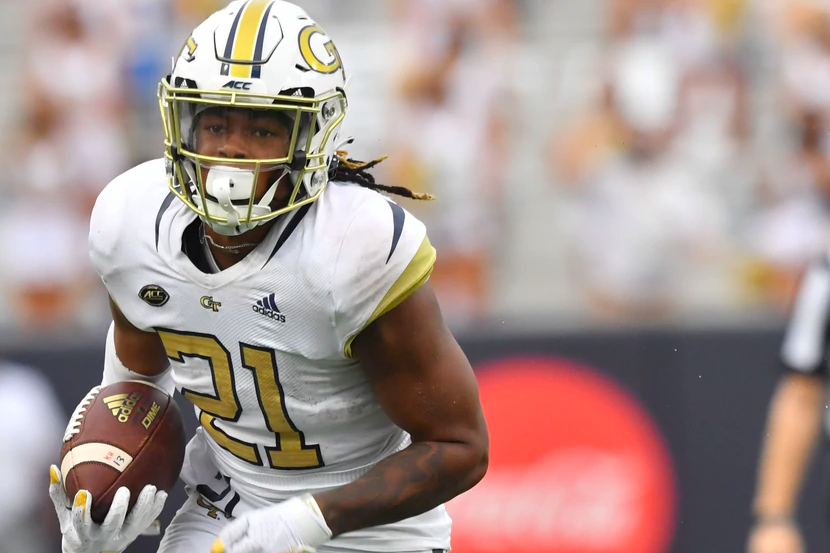 You could see shades of Aaron Jones and Jamaal Charles in the high school film of Georgia Tech freshman Jahmyr Gibbs. Gibbs looked like a “slasher” in the form of Jones, Charles, and Dalvin Cook. He was a four-star prospect from Dalton, Georgia. Dalton is just a short, two and a half-hour drive from the University of Georgia campus in Athens. But Gibbs was spurned by the Bulldogs. They did not offer Gibbs a scholarship, even though Alabama and Florida made offers.

Gibbs is definitely a slasher. The slasher is defined by speed and the ability to effortlessly navigate to the second level of a defense by manipulating acceleration and perfectly timing when to hit a hole. Slashers have the uncanny ability to get past a defense’s front seven, often while barely being touched. Rather than pronounced jump cuts, these backs bend and curve through defenses.

“One of the RSP’s sleepers at the position, Jones is a decisive back who understands down and distance discipline as a decision maker. He takes what the creases give and keeps his team on-schedule, especially in pivotal situations.

He’s a patient, mature runner who identified the right crease and work[s] through it with confidence.

Jones maximizes his runs with stride variation to eliminate his opponents’ angles of pursuit at the edge of the crease and in the open field. When working the edges of the formation, Jones has the top-end acceleration (4.2-second 20-Shuttle) to beat linebackers to the corner and up the sideline. When cornerbacks lack a good angle on him early in the run, Jones can sustain enough of his cushion between them with his 4.56-speed for long gains.”

Jahmyr Gibbs is cut from the same cloth.

Gibbs can change speeds and alternate between patient glides and sudden bursts to create the most opportune blocking.

He has yet to break the long run splitting between the tackles, but it feels like that play is coming.

A second sign of the slasher is the ability to make a cut without losing speed. Jones has that trait. Dalvin Cook has it. Jamaal Charles’ career was arguably defined by it.

“The one thing that Jamaal does that really separates himself from other guys is . . . [h]e doesn’t have to chop his feet to make a full speed cut,” said Eric Winston.

Like Charles, Cook, and Jones, Gibbs does not lose speed when cutting to make a defender miss.

Further, Jahmyr mirrors Aaron Jones’ usage in the passing game. Jones and Gibbs are not just check down or screen options. Both backs excel in the vertical passing game on deep wheel routes and on arrow routes. Both can also line up at receiver.

Gibbs has been an all purpose dynamo through his 3 games of college football. He posted 120+ scrimmage  yards in each game of his young collegiate career. He’s presently 4th in the NCAA in all purpose yards per game, posting 171.67 yards per contest.

Gibbs is still an unfinished product. He can get bigger, faster, and stronger. He’ll likely see more opportunity in Georgia Tech’s offense as he matures and develops. Gibbs has shown tremendous versatility for a freshman while returning kickoffs, lining up in the backfield, in the slot, and out wide. But simply put, the best is yet to come.

Follow me @sharpereview and listen to The Sharpe Review podcast.