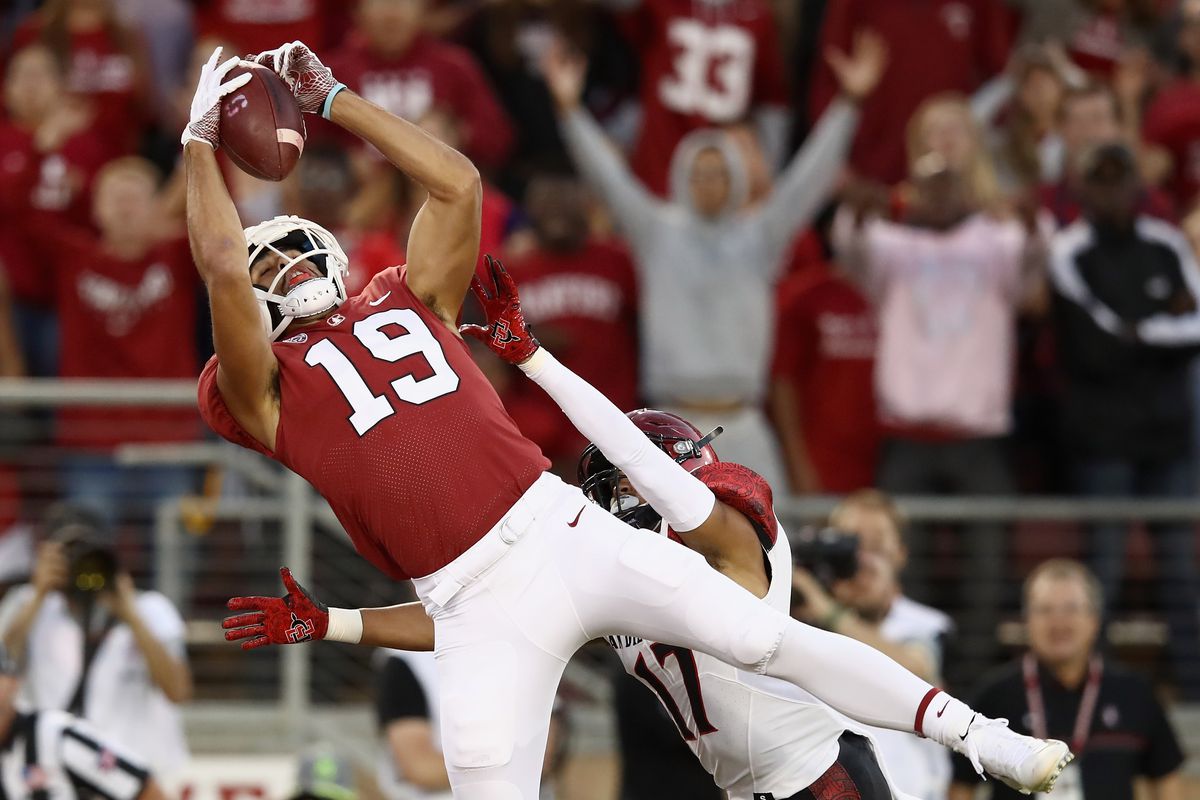 There are 2 main similarities between Jose Joaquin Arcega Whiteside and The Spanish Armada…..Firstly, they’re both Spanish…and they’re both a force to be reckoned with!

JJAW is a 6’3” 225-pound WR for Stanford who was born and grew up in Spain before moving to the USA. His parents were professional basketball players in Spain. That didn’t stop him from dominating on the football field rather than a soccer field. During his high school career in South Carolina, he had 207 receptions for 3,779 yards and 38 TDs before going to Stanford.

JJAW isn’t a particularly nifty, agile receiver. A lot of his catches come from aired-out passes where he wins the jump ball. He reminds me of an Alshon Jeffery/Dez Bryant type. He may have trouble separating against NFL corners where he could previously physically dominate at the college level. I don’t think he’s as poor as a Kelvin Benjamin, but there’s certainly more refinement needed to his game. The biggest disadvantage will be his speed, but if he can win a majority of 50/50 balls, there will be a role for him in the red zone.

According to PFF, JJAW had 7 contested catches in 2018 alone, along with 16 ‘explosive plays’, with a 95.1 receiving grade on targets 20 yards downfield. In many ways, he’s a poor man’s Mike Evans.

There are plenty of teams in need of WR help in a deep draft at the position. The Jets, Bills, Browns, Raiders, Cardinals, among others. This is the class to cash in on at the position with depth throughout at WR. The likes of N’Keal Harry, Metcalf, Harmon, Deebo Samuel, AJ Brown will all likely be in the top tier. I don’t anticipate JJAW being quite there but will certainly be in the next tier as a likely 3rd round NFL pick. If he lands in a high-powered offense, he’s bound to command interest in dynasty circles due to expected TD production.

I’d be curious to see what athleticism the big man can produce at the NFL combine to get a better feel of his value. It’d be worrying to see him run a 4.65-4.70 without much agility of explosion. But, if he can run in the 4.5’s along with solid vertical, agility, broad etc, then his value will grow exponentially.