The Sunset Supermen: Win Your League with these Veterans 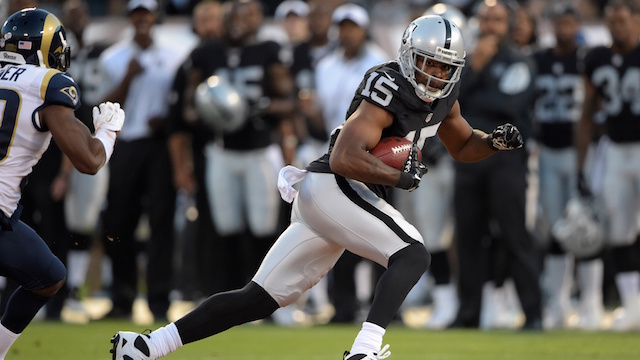 The shelf life of a fantasy football superstar is short. There is a reason guys like AJ Green, LeVeon Bell, Julio Jones and the like are coveted – they produce at a high level for a period that exceeds the norm. While we would all love to hit top 12 players at all of our starting positions the reality is that we will be starting players across all tiers. But the savvy owner can find value in veterans that aren’t as sexy as the hot, yet unproven rookie that should (we hope) produce top numbers.

So, let’s take a look at some guys that I think can outrun Father Time for one more season and help you win your dynasty league. 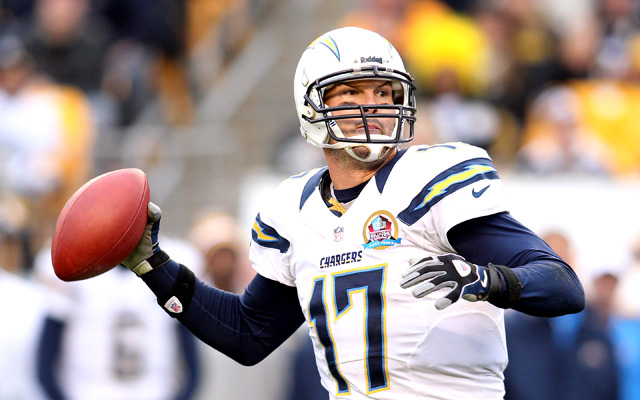 Rivers came into the league in the very talented class of 2004 along with Eli Manning and Ben Roethlisberger. I chose Rivers here because I think he’s going to have the best season and most consistent season. The Chargers invested heavily in their offensive line during 2017 draft and added Mike Pouncey, who is still just 28 years old, in free agency. This offensive line influx bodes well for the 36-year-old quarterback. Melvin Gordon, Austin Ekeler and rookie Justin Jackson provide a solid running game and in the passing game, Keenen Allen is a monster. Tyrell Williams, Mike Williams and Taylor Gabriel. Ascending tight end Hunter Henry suffered a season-ending ACL tear which leaves just Virgil Green at tight end I would expect the Chargers to sign a veteran to round out the corps. Rivers is currently going as QB14 with an ADP of 9.05 (105 overall on FantasyPros.com) behind Roethlisberger, Goff, Luck, and Stafford. In 2017 the Chargers were first in the NFL in passing yards, sixth in passing touchdowns and eighth in passing attempts and completions.  I expect Rivers to finish in the QB 6-8 range in 2018. 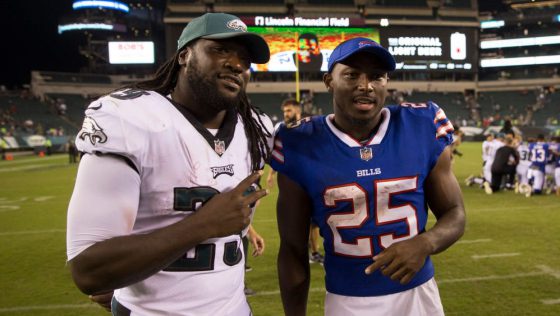 Buffalo is a hot mess right now but they do have one very consistent thing – LeSean McCoy. McCoy will be 30 years old when the season starts and history tells us that is where the running back production cliff is. Buffalo lost three of their top offensive linemen from 2017 in Cordy Glenn, Eric Wood, and Ritchie Incognito. Where McCoy will excel in the passing game, after averaging an impressive 76.6% catch rate in 2017 for 59 receptions I expect there to be an increase in opportunity for 2018. The Bills wide receiving corps is led by Kelvin Benjamin and Zay Jones, with Charles Clay at tight end. Not a stellar receiving group by any means. After finishing as RB 7 in 2017 Shady is currently going at RB 13 (1.08, 20 overall) which is a bargain. The key to Shady staying healthy will be a big boost in the passing game because Chris Ivory is a competent backup/handcuff. While I expect McCoy’s rushing stats to drop some, it will more than be made up for in the passing game. McCoy should easily slide into an RB 5-7 for 2018 with 1000 yards rushing, and with the Bills playing from behind in a lot of games he should push his career high of 78 receptions.

LeGarrette Blount is a pounder of the highest order. If you need to run out the clock, gain that tough yard for a first down and just generally punish the defense, Blount is your guy. The big fella is currently going as RB 44 (10.06, 114) in ppr. The Detroit Lions have a new coach and Blount has some familiarity with Matt Patricia from their days in New England together, kept offensive coordinator Jim Bob Cooter so the offense should continue to be explosive. What the Lions need though is a closer, and that guy is Blount. While he is not likely to exceed the career numbers from 2016 Blount could easily put up 200-215 carries at his career average of 4.4 ypc would be good for about 950 yards and 10 touchdowns. Those numbers would be good for 155 points and RB 25, which makes him a steal at his current draft spot. 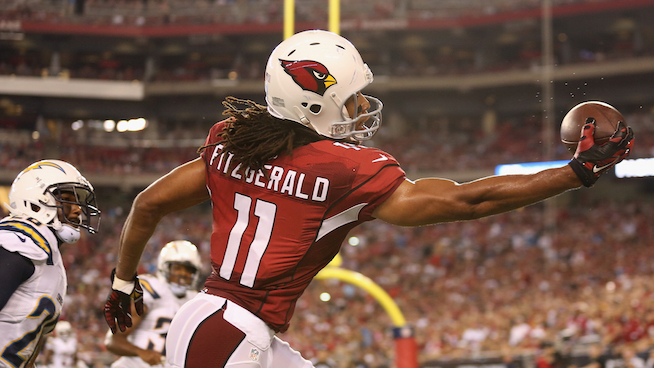 This is likely Fitz’s last year, but after last year who could blame him if he kept playing. After three straight years over 100 receptions, Larry gets to break in a new quarterback as he tries to continue this streak. The new quarterback is Sam Bradford who, when healthy, is one of the most accurate quarterbacks in the league. The return of David Johnson will take the pressure off at the line of scrimmage and with little competition from other wideouts, Fitzgerald stands to push that 100-reception mark for a fourth straight year. I think he comes up short in this quest, but I do think 90 receptions is reasonable for 1050 yards and 6 touchdowns. Which comes in around WR 10-12.

After three years in Oakland, Michael Crabtree moves on to the Baltimore Ravens and steps in as the de facto #1 receiver. Crabtree has an opportunity to rejuvenate his career with Joe Flacco throwing him the ball. The Ravens offense is a cast of nobodies so Crabtree should be able to dominate targets, which will be good since the Ravens tend to be a run-heavy scheme. After finishing as WR 31 last year with 58 receptions on 101 targets having to share with Amari Cooper I think Crabtree will step up 75 receptions for 900 yards and 9 touchdowns. That puts Crabtree in the top 20. 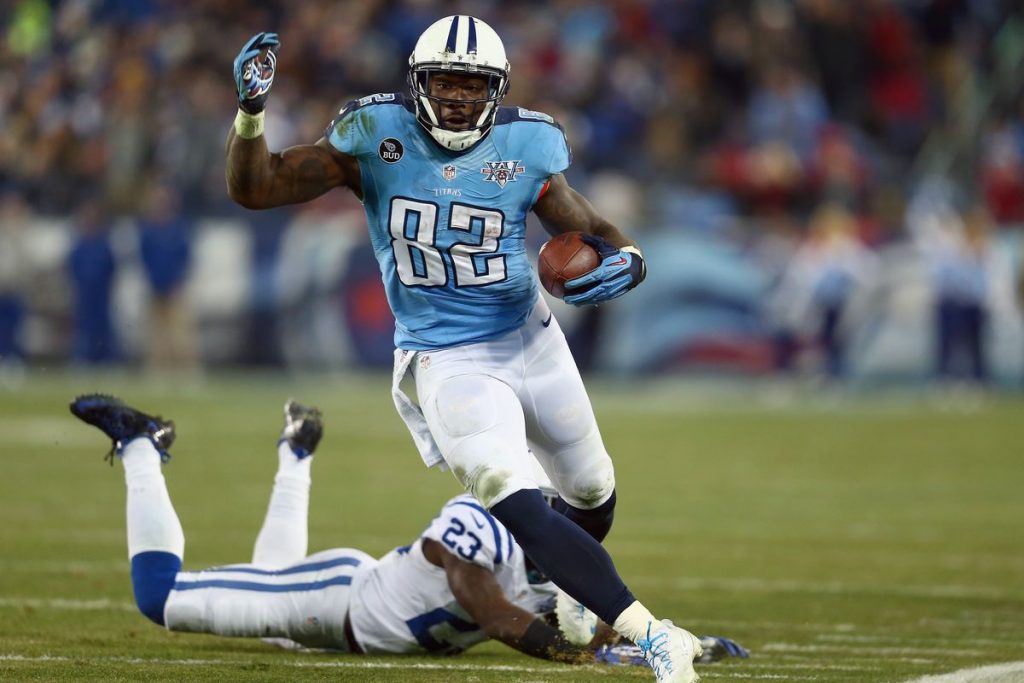 Delanie Walker has been a solid producer at tight end since joining the Titans five years ago. Walker received 111 targets in 2017 and I think that number will stay steady, where Walker picks up the pace is with touchdowns. Last year Walker had three touchdowns after averaging six touchdowns the four previous years. As Marcus Mariota has developed, Walker has become his safety blanket allowing for a high floor. With Jonnu Smith waiting in the wings I expect Walker to hold onto his spot for a couple more years and drop 70 receptions for 825 yards with 5 touchdowns, which will be TE 4-7.

As you can see, there is plenty of value to be had in veteran players. I don’t advocate building your team with all of them but faced with the choice between future pick or a veteran player when you are trying to win this year don’t be afraid to snag one or even two of them to carry you over the line. It is easy to get caught up in the dynasty dream of building for the future, but in doing so don’t get caught up in the nightmare of not winning today. Like Al Davis used to say, “Just win baby.”