The Turtle Who Runs With The Hares: Anthony McFarland Jr 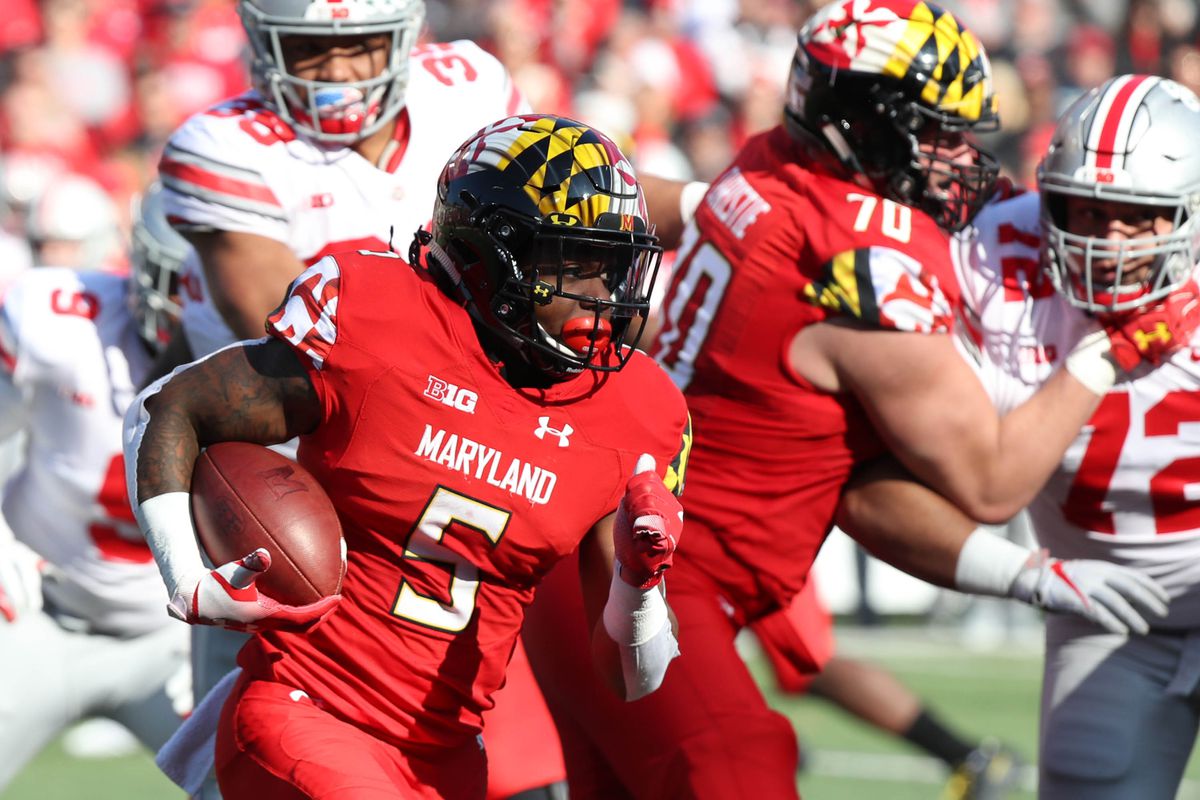 One of the most impressive single performances last season by a college RB was by Maryland’s Anthony McFarland Jr. against Ohio State. He almost single-handedly defeated the Buckeyes all by himself. This game came on the heels of another huge performance against Indiana. The two games vaulted McFarland onto the national stage and signaled him as one of the best up and coming RBs in the nation. Maryland is not a traditional college powerhouse and as such not as many people are familiar with the dynamic play maker. Let us take a look at this Turtle who most definitely runs like a hare.

McFarland attended MD high school juggernaut DeMatha Catholic outside of D.C. As a member of the Stags young Anthony was an all-world talent. During the course of his time at DeMatha McFarland would experience both highs and lows. His best statistical season came during his Sophomore year when he ran for 1,124 yards to go along with 15 catches for 312 yards and 12 TDs. His lowest point would have to be missing his entire senior season due to injury. Despite missing his senior campaign McFarland was listed as a 4-star recruit and 2016 Under Armor All-American. The 5’9 200 lb. the speedster is also a dynamic receiving back which he showed at the Under Armor combine while running drills with the WR group. He was so confident about his route running that he reportedly taunted Deon Sanders about the ability of the DBs he was coching.

This act of youthful exuberance shows the confidence you like to see in a young playmaker. The ability to perform as a receiver and rusher will serve him well going forward in his career. Below you can see some of McFarland’s High School highlights and the skills that saw him recruited by a number of major college programs.

McFarland was recruited by several major schools including Alabama, Penn State, Miami, Georgia, and Maryland. The young playmaker shocked some when he decided to stay at home and attend his home state university. As a top 100 recruit and more importantly top 10 high school RB McFarland was a major get for the Terps who have floundered in the middle over the past several seasons. McFarland was given a year to season and get used to the college game as he was redshirted his true freshman season at College Park. He took full advantage of the time to prepare for his maiden go around in the Big 10.

During his first full season of action, Anthony McFarland exploded onto the college football scene. Despite starting only 5 games he broke the school record for rushing yards by a freshman. He began the season slowly but steadily built momentum over the first couple games before topping the century mark in both weeks 3 & 4 respectively. McFarland was then strangely pushed aside once again before dropping two of the best games ever by a UM player. You can see from his statistics below just how good of a first campaign it was. The stats below are courtesy of umterps.com

McFarland’s real problem during his breakout was being stuck behind another player. Senior RB Ty Johnson was one of the better statistical RBs Maryland ever had. He began 2018 on the watchlist for several of the major college RB awards. Johnson capped the number of touches young Anthony McFarland was able to garner in his first campaign. However, when he did get the ball McFarland displayed the kind of playmaking ability that coaches and GMs love to see. He was reportedly clocked on a fully automated timer at 4.34 in the 40. His speed is evident on film as you can see him rip off huge chunk plays whenever he finds a crease. He has enough wiggle to slip tacklers in the open field. While strength is not a particular forte, he is capable of running through arm tackles and hitting the hole with some power. While not overly utilized in the passing game his hands do not appear to be a liability. His vision is one of his best assets as he has a knack for following his linemen and knowing the best possible time to press the hole. His lateral agility is above average and he displays explosion in nearly every aspect of his game. It is quite easy to see how he was once ranked as the Number 2 overall RB to Georgia’s D’Andre Swift. Some things are far easier to understand when we see them with our own eyes and do not have to rely on information second hand. To that end below are McFarland’s freshman highlights.

The world is literally Anthony McFarland’s oyster entering his sophomore season. Former impediment Ty Johnson has graduated and gone on to the NFL being drafted by Detroit in the 6th round. Maryland will need all the play makers it can find to keep up with the powerhouses in the Big 10 East. Johnson has flashed for all the world to see and it will be nearly impossible for Maryland’s coaching staff to cram the genie back into the bottle. Look for Anthony McFarland to build on his freshman success, and barring an injury, stake his claim to being one of the best all-around RBs in the nation in the coming seasons. From what I’ve scouted, this turtle truly runs with the hares.

Thank you for reading this article! Please be sure to join the #Nerdherd so you don’t miss out on any of the amazing things we have to offer @Dynastynerds.com Follow me @ReflipeWThenuz for more dynasty content and other musings.