As we approach the off-season, @FF_MarvinE provides you with three WR trade targets for your dynasty rosters. 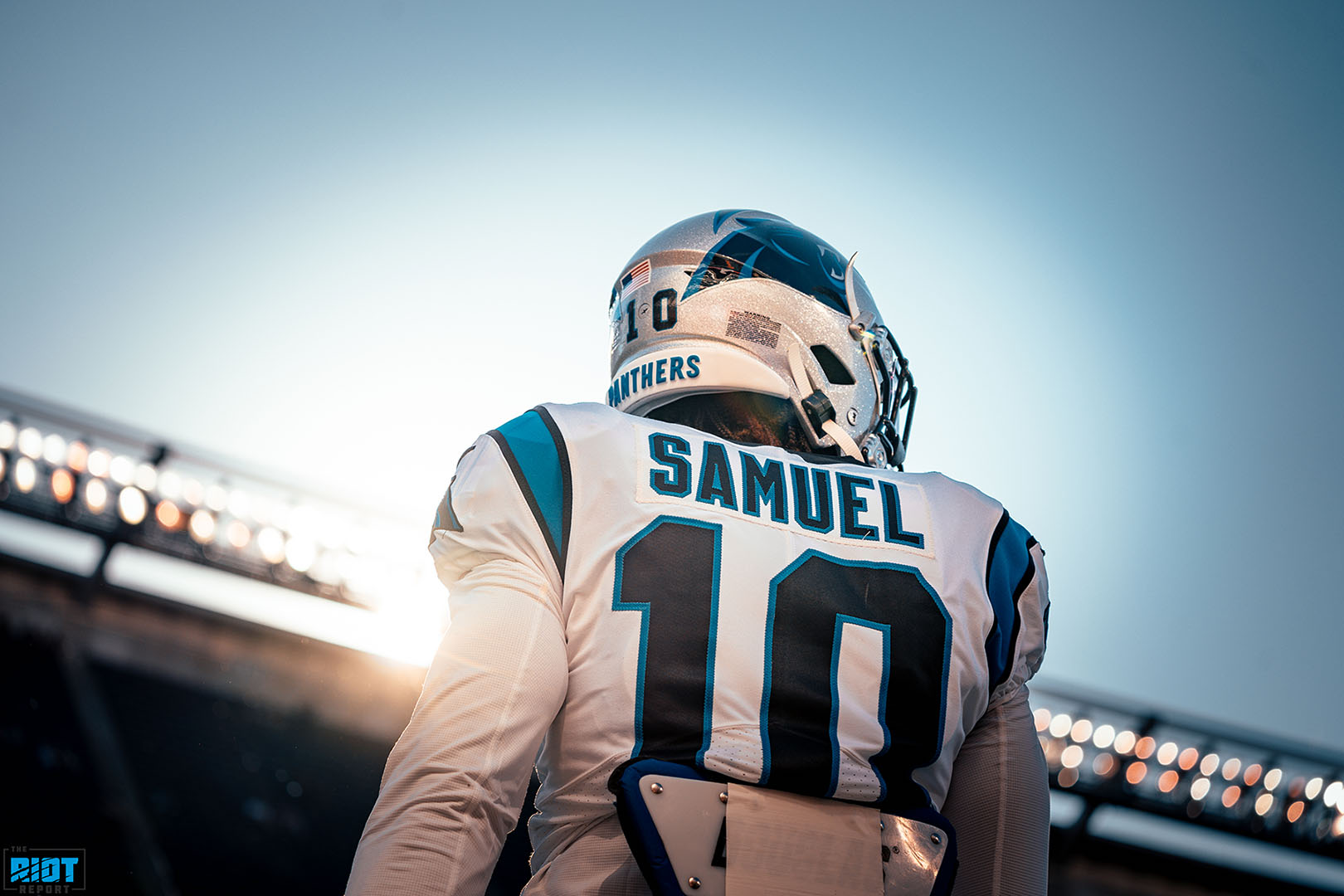 Welcome back, #NerdHerd. Hopefully, you were able to bring home at least one Dynasty championship to conclude the year. With the 2020 season behind us, now is the perfect time to send out offers in your league and take advantage of undervalued players in the dynasty community. And yes, the off-season just started. However, keep in mind that trades often take days, weeks, or even months to negotiate. So while it may seem early, it never hurts to gauge interest and assess which players are available heading into the 2021 season.

With any dynasty trade, my goal is to acquire players who I believe will exceed their expected dynasty ADP. And with that, I believe three WRs are excellent trade targets and could outperform their current ADP.

Rostered in 29% of leagues on Fleaflicker.com

The Chicago Bears offense was in desperate need of playmakers to emerge behind Allen Robinson heading into 2020. With Anthony Miller, Javon Wims, and Riley Ridley failing to make a significant impact last season, there was an opening for that WR2 role in Matt Nagy’s system.

Despite starting his career on limited snaps (34%), that quickly changed from Week 2 onward. From weeks 2 to 17, Mooney would average 77% of the offensive snaps and 17% of the team’s targets. In that timespan, he would only trail Robinson in both of those metrics. And with Nagy utilizing Mooney in a multitude of ways, we saw flashes of the efficient route running and versatility that make him so dangerous on the field. Statistically, Mooney would finish the season as the WR36 in targets (98), WR23 in routes run (517), and the WR29 in air yards (1157). However, despite the ample opportunity, he would only rank as the WR61 in PPR points per game (9.4). Part of the lack of production can be attributed to the inconsistent QB play, as Mooney ranked as the WR10 in unrealized air yards (739) and the WR71 in catchable target rate (74.5%).

So why should you invest in Mooney? Well, for one, the Chicago Bears could be looking at an upgrade at quarterback. If the team brings in a more accurate passer, Mooney’s air yard conversion rate should improve. In addition, Robinson enters the off-season as an unrestricted free agent. If he were to leave, Mooney should easily eclipse 100 targets if given the opportunity. Coupled with his affordable dynasty ADP (WR58), Mooney is an excellent trade target early in the off-season.

Rostered in 69% of leagues on Fleaflicker.com

Never fade talent because of the landing spot. Tee Higgins is a perfect example of this, being drafted as the rookie WR7 heading into the season. Since then, he has vaulted up the dynasty landscape, vastly outperforming some of the rookie receivers drafted ahead of him. When you look at his end-of-season statistics, you might be slightly underwhelmed. He finished as the WR40 in PPR points per game (12.3), despite seeing the 28th most targets (107) and the 16th highest air yards (1247) among all WRs. However, these numbers do not tell the full story. Once Higgins assumed a full-time role in Zac Taylor’s offense, and with Joe Burrow healthy, he was one of the most productive receivers in the league. In that timespan (7 games), Higgins ranked as the:

Higgins was a borderline WR1 in those seven games. And even if we included the games prior to Higgins’ breakout, his PPR average was still at 14.1 points per game. Over the last 20 seasons, only 11 rookie wide receivers (minimum ten games played) have averaged that many fantasy points. Of those 11 rookies, eight (72.7%) have had multiple WR1 seasons throughout their careers. With these numbers in mind, dynasty managers should be very optimistic about Higgins’ future in the league. So while his dynasty ADP (WR11) is already relatively high, I would be more than willing to overpay. Because once Burrow returns from his injury next season, Higgins should easily outperform his dynasty ADP.

Rostered in 74% of leagues on Fleaflicker.com

Struggling with injuries and battling for opportunities early on, Curtis Samuel did not have the start to his career that many expected. Especially with the addition of DJ Moore in 2018, Samuel struggled to consistently produce for fantasy managers. Regardless, the talent and potential were always evident. Matt Harmon’s “Reception Perception” database, which has been excellent at identifying potential breakout candidates, has Samuel graded very highly. In fact, per Harmon, he is the only WR in his database to finish above the 90th percentile in man-coverage success rate but not achieve a 1,000-yard receiving season. Simply put, Samuel is a talented receiver but needs more opportunity to shine.

After three relatively quiet seasons, we finally saw glimpses of his potential in 2020. After a slow start to the year, Samuel would lead all Panthers receivers in PPR points per game (16.8) and opportunity share (18%) from Week 7 onward. He would finish the season as the WR27 in PPR points per game (14.1) despite ranking as the WR51 in Weighted Opportunity Rating (0.42).

Coming off of his best statistical season, Samuel now approaches unrestricted free agency. With Robby Anderson’s addition and a potential DJ Moore extension on the horizon, the Panthers may focus their cap space on other needs. And with teams like the Eagles, Packers, and Dolphins needing an upgrade at receiver, Samuel could find himself in a much better situation in 2021. Take advantage of his outrageously low dynasty ADP (WR47) and trade for him now before he signs his new contract.

Who Are You Targeting?

These are just a few wide receivers that I believe should be targeted heavily by dynasty managers this coming off-season. A few others that come to mind are DJ Chark, Courtland Sutton, or even Gabriel Davis. As always, never hesitate to reach out on twitter @FF_MarvinE and let me know which receivers you are targeting heading into 2021. Also, be sure to subscribe to the DynastyGM tool and @DynastyNerds YouTube Channel to help you prepare for the 2021 season.