Three players to stash for your 2021 dynasty team

Dynasty Fantasy Football is hard enough as it is, so why make it harder on yourself and not get started on your offseason work now? Check this list of potential dynasty stashes compiled by @DynastyWildcat that you should look to acquire immediately heading into 2021. 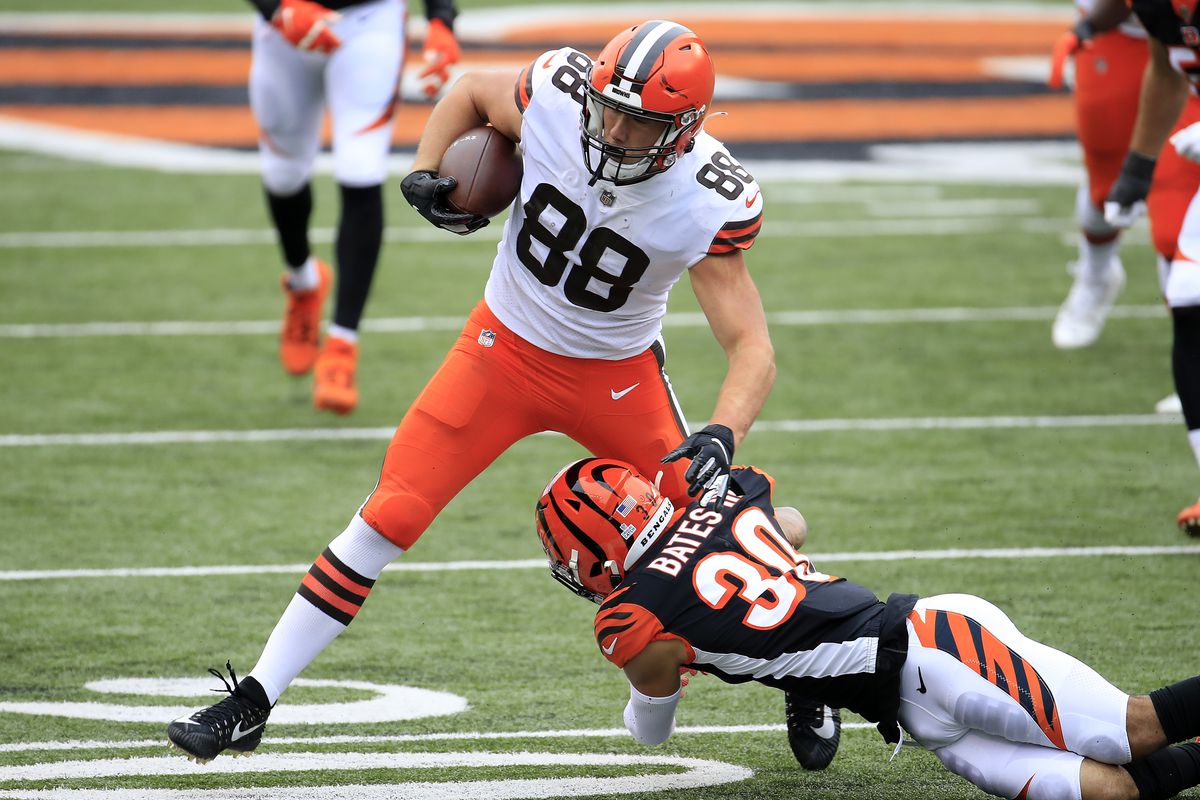 With the 2020 Fantasy Football season’s conclusion, it’s time to get into the real nitty-gritty work: the offseason. This is where owners will build out their rosters in hopes of competing for a championship or, maybe, you just won your title and are attempting to retool. Either way, let’s get your offseason started with a bang.

While star players can certainly carry you to a championship and win it for you, it’s the role players that can really make the difference. They can build depth and give you an edge over your opponents. One of the best ways to find these role players to help solidify your roster is right now in the form of diamonds in the rough that you can stash at the end of your bench.

With the conclusion of the season, some fantasy managers take a break or a step back from football to get a breather. That’s where you can get the upper hand and find these players on the down low, whether it be cheaply through trade or on the waiver wire. It’s one of the best ways to build depth on your roster without having to give up valued pieces.

An example of one of these players last season was Miami Dolphins RB Myles Gaskin. At the end of the 2019 season, Gaskins took off and was gaining increased work. The fear for Gaskins was that the Dolphins would try to acquire another RB through the offseason, but, spoiler alert, they never did. Gaskins entered 2020 as the starter for his team. He likely became a key cog on many championship teams as the RB2 or flex option for them. These are the players I aim to find for you heading into 2021!

Rostered in 26% of leagues on Fleaflicker.com

What better way to start this article than with another Dolphin player, WR Lynn Bowden Jr. I freely admit that I am a huge Kentucky Wildcats fan, and WR Bowden was one of my favorite players to ever play at the school. However, that’s not why I’m including him in this!

Bowden was a third-round pick for the Las Vegas Raiders in the 2020 NFL Draft. He was dealt in the preseason to the Dolphins surprisingly and spent most of the year on their bench. At the end of the year, though, Bowden started to receive work, and he performed with it. Albeit it came due to injuries to WR’s DeVante Parker and Preston Williams. Still, they felt confident enough to manufacture touches for him, even with another rookie starting at QB. Not to mention, he started earning more and more snaps once he got on the field regularly in Week 12 (see the snap percentage on the table below).

As you can see, Bowden continued to earn more and more playing time. So much so that he was on the field for 90% of snaps in consecutive weeks. It’s that and his level of involvement down the stretch that makes him a great stash candidate. I’m not expecting him to become a fantasy star, but I see him becoming a valuable WR3 in PPR scoring formats down the road.

Rostered in just 7% of leagues on Fleaflicker.com

I’m a big fan of New England Patriots RB J.J. Taylor. He flashed a lot of receiving potential in college while also showing some prowess in between the tackles. However, he hasn’t been used much in his rookie season this year. However, when he’s gotten on the field, he’s performed well. On only 23 carries, he has averaged 4.78 yards per carry. Yet, he’s only received two targets all season long! So, the ability is there for Taylor.

That’s not even the best news regarding Taylor. The best information for him is that the Patriots’ current third-down/receiving back James White is an unrestricted free agent heading into 2021. Now, the Patriots have a ton of cap room available this offseason, so it wouldn’t surprise me to see them resign him. However, that’s not typically how the Patriots operate. I expect them to keep their backfield together, outside of White. Meaning the best receiving back left on the roster would be Taylor. He can be a low-end RB2 to high-end RB3 in PPR scoring formats if he gets the chance to be the teams’ receiving back.

Rostered in 18% of leagues on Fleaflicker.com

Another 2020 draft pick added to the list, Cleveland Browns TE Harrison Bryant, is a great stash heading into the 2021 season. Coming into the 2020 NFL Draft, he was heralded by many as the best TE in a weak class for that positional group. He fell to the fourth round in the draft, and the Browns scooped him up as the 115th overall player off the board. This season, he’s showed flashes as to why the Browns selected him where they did. So far in his rookie season as the “backup” TE for the Browns, Bryant has 38 targets for 24 receptions, 238 receiving yards, and three TDs. Not too bad at all for a TE’s rookie season as the backup.

Now, Bryant is more of a stash for the long-term. It’ll be hard for him to carve out playing time and targets with the array of weapons on the Browns roster currently. Not to mention, he still has to fight for playing time at his position with TE Austin Hooper, who was just signed to a lucrative extension last offseason. However, Hooper has severely underwhelmed this season and has suffered some setbacks due to injuries. Meanwhile, the opposite can be said of Bryant.

Bryant likely continues to struggle to put up consistent production with all the household names lying in front of him over the next year or two. Still, he’s worth the stash as he has a bright future, so when he eventually makes the breakthrough, you will have a top 12 fantasy TE on your hands.

The three headliners mentioned above aren’t the only three stash worthy players. However, I felt those were the most important three to highlight. Here are some honorable mentions that also deserved to be stashed on your roster!

Rostered in 27% of leagues on Fleaflicker.com

To continue on the TE train, I know many have soured on New York Jets TE Chris Herndon IV, but he’s still worth a stash. Not many TE’s have his athletic prowess and receiving ability. With Jets HC Adam Gase likely departing this offseason, Herndon is still worth stashing in hopes a new HC utilizes the electric TE.

Rostered in 18% of leagues on Fleaflicker.com

Much like his rookie teammate, Harrison Bryant, Cleveland Browns WR Donovan Peoples-Jones is also worth a stash on your benches long-term. During his rookie season, Peoples-Jones has shown some promising flashes in limited playing time. That will be a problem for him for several years as getting on the field will be a gigantic roadblock for Peoples-Jones. Names like Jarvis Landry and Odell Beckham Jr. will be getting playing time ahead of him. However, in a few years, when those names begin to depart, Peoples-Jones will get his opportunity, and it’s worth the wait to see what he can do with it.

Rostered in 29% of leagues on Fleaflicker.com

Buffalo Bills WR Gabriel Davis is on the honorable mentions because he’s much more than just a stash. However, I felt it was worth mentioning his name so you can go out and acquire him. He posted a stat line of 33 catches for 492 receiving yards and six TDs. In the future, he has the potential to be the teams’ number two WR behind Stefon Diggs. With Josh Allen at QB, that’s an advantageous position.

Stash Me If You Can: Players To Grab Before The 2021 Season.
Three Dynasty Trade Targets for 2021: Wide Receivers