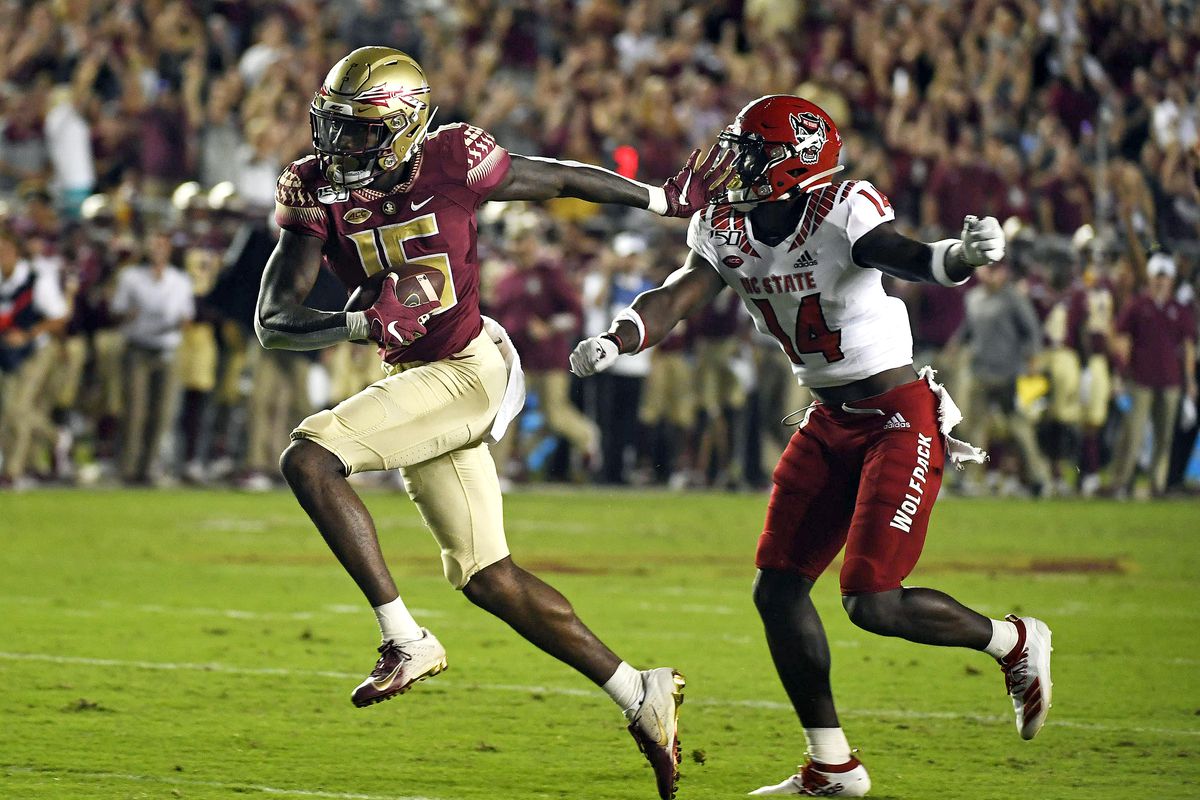 In my last article, I did a study on the past 4 years of rookie drafts to see what types of profiles seem to hit in the late rounds.

Check it out here:

Over the next couple of weeks, I’m going to apply that analysis to 2021 rookie drafts to try to find you late-round gems that could hit for your team. We’ll go through the types of profiles I identified and try to put some 2021 rookies to each one (except draft cap as this is predraft). Let’s go!

In this bucket, we’re looking for highly athletic guys that may fall in drafts do to a less-than-stellar college resume or raw tape, I’m using specific metrics to spot these players, namely a high Speed Score and low raw production or Dominator Rating (DOM).

Hardly a sleeper at this point, Terry has been on the lips on draftniks for months as a potential size / speed monster. Although he “disappointed” at his pro day with a 4.44, leaving him with speed score that’s just good instead of great, I still like Terry more than most of the other players here due to his early breakout and underrated tape. He has contested ability, release skills, and even offers a little bit after the catch. His rumored off-field issues may keep him from becoming an early-round NFL draft pick but he’ll still be worth a shot in the middle rounds of rookie drafts.

Fehoko made waves at his pro day with a blazing 4.37 40 at 6’4″ 227 lbs, likely giving him the highest speed score in the class. His play speed looks more like 4.5, but he uses his size well and runs decent routes for a big guy. Fehoko improved each year in college, and even over the course of the 2020 season. He’s probably not a day one starter, but he has great upside if he continues to develop.

Collins is starting to look like a draft-season riser. Unlike Fehoko, Collins plays to his 4.42 speed, showing surprising acceleration out of breaks and off the line. He has a lot of room to better develop his route running and releases but he’s already doing some really nice things in terms of stacking, using his leverage, and hand fighting. As any college football fans can tell you, Michigan’s offense was a black hole for production, so there’s reason to hope for Collins at the next level.

Imatorbhebhe didn’t put up big production at Illinois, but he put up plenty of big plays, winning with physicality, athleticism, and contested-catch skills. He gets off press coverage and stacks DBs well, though his route tree seemed to be very limited. From a market share lens his production isn’t bad at all, accounting for half his team’s receiving TDs in 2019 and well over 30% of their receiving yards this past season. He’s raw, but a 4.48 at 220 lbs will catch the eyes of GMs enough to get him a shot at a roster spot at the very least.

Camp put himself on my radar by absolutely demolishing his Georgia Tech pro day. At 6′ 2″, 226 lbs, he ran a 4.43; he also put up 225 on the bench 30 times, which would have broken the combine record. Camp’s raw production is pretty unappealing, as he never caught 30 balls in a season and never had a 100-yard game. But, some context: Camp came in as a 2-star recruit, so, I’m assuming very raw. The QB play at GA Tech was never anything approaching good in his time there, with his Jr year QB completing 45.9% of his passes. His senior year breakout came with true freshman Jeff Sims, who completed a whopping 54.9% of his passes. Camp’s highlight tape is five minutes of him adjusting to horrendously poorly thrown balls. I’m skeptical of senior breakouts, but I like Camp to get a shot at the next level.

Ok, folks, that’s all the diamonds I have for you in this bucket. Let me know if you found someone I didn’t- tag me on Twitter at @ekballer

Next time out we’ll be looking at a different subsection of my draft sleepers. Stay tuned!