Tiers are falling: My Superflex tiers

The debate between tiers vs. rankings wages on. @Culture_Coach brings you his preliminary tier breakdown. 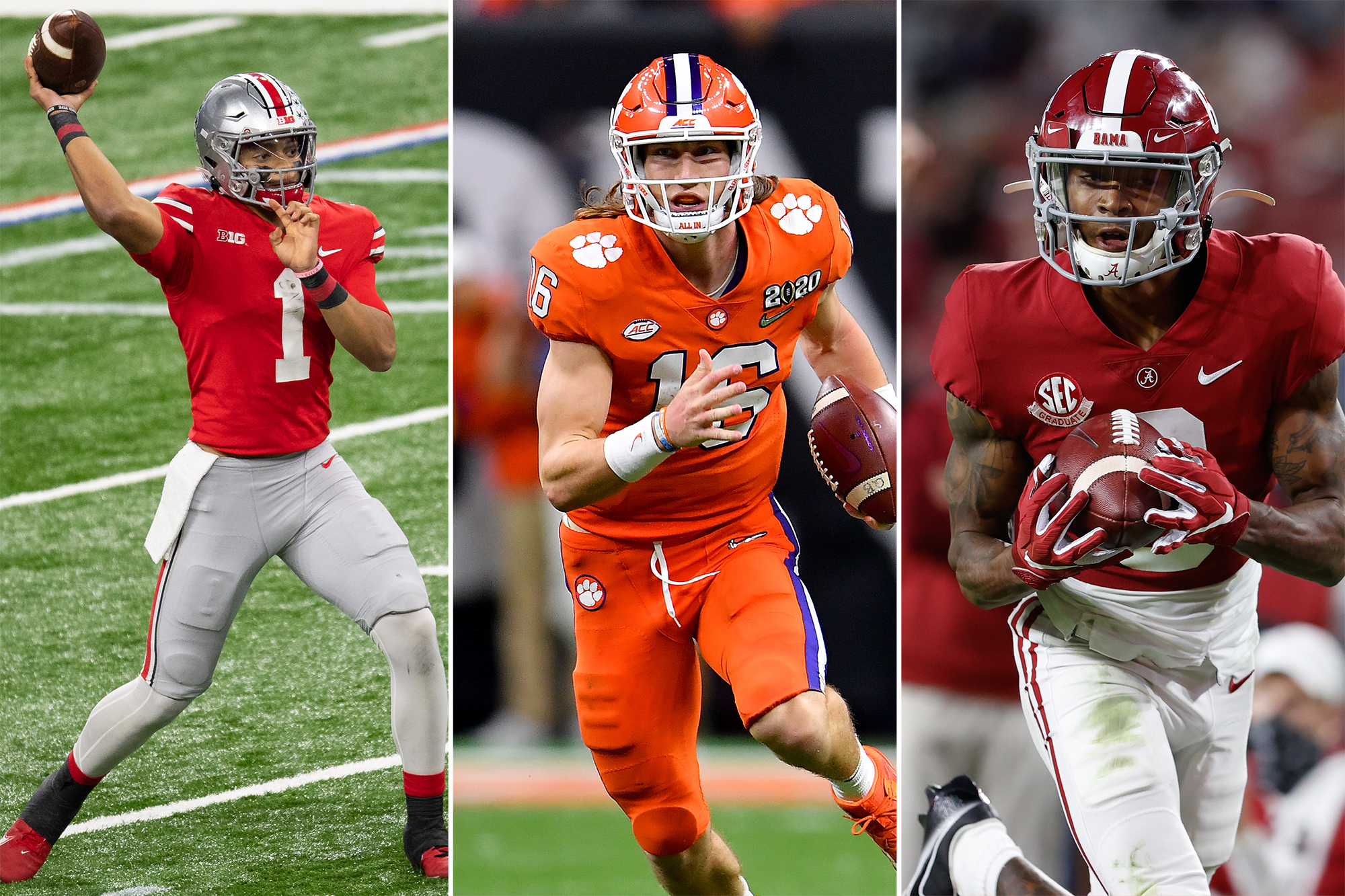 When you set your player pools in tiers, you get a sense of one player’s value versus another player. First, you put each position into tiers. For example, my tier one of running backs consists of Najee Harris and Travis Etienne. Therefore if one of Harris/Etienne has been drafted and I am on the clock, I would draft the other one.

Second, you incorporate all of the positions into a tier. In my tier two, I have Harris, Etienne, Ja’Marr Chase, and Justin Fields. If I have draft position 1.04, I would have my choice of two of four of the players in my tier two.

Conversely, If I am picking a 1.06, I know I will likely miss out on the players in my first and second tiers. So, I can resign myself to my draft pick being the best of my tier three, or I can make a move up the draft board to grab a player in a higher tier.

Trevor Lawrence, QB – The clear 1.01 in Superflex. Honestly, he is in a tier by himself.

These players are not in order in the tiers. They have very similar values, and I wouldn’t fault a dynasty manager for drafting any one of them at the 1.02. Though, realistically, in Superflex, the pick will be Fields more often than not.

Justin Fields, QB – Very mobile, with a strong arm. There is some concern that he doesn’t move through progressions. But, when the first guy is open, why should he keep looking?

Travis Etienne, RB – A homerun threat with good hands. He struggles with lateral movement, but he can hit the hole and go better than most in this draft.

Devonta Smith, WR – I know, he’s the Heisman Trophy winner. Why is he not higher? Well, based on analytical models, Smith’s success will be an outlier. He is slight, has a late breakout age, and those have typically not been successful fantasy producers. I think Smith will be ok, but there are red flags.

Javonte Williams, RB – A touchdown machine last season at UNC, Williams is built to carry the ball. He also caught 25 passes in 2019.

Jaylen Waddle, WR – Waddle is explosive with the ball in his hands, as evidenced by his 19.3 yard average on punt returns. A threat to take it all the way every time he gets the ball.

Trey Lance, QB – Looking to step up in competition from NDSU. Mobile, with a big arm, Lance looks primed to be the next small-school quarterback success story.

Kyle Pitts, TE – A wide receiver in a tight end body. Pitts is in a tier of his own when it comes to tight ends. It looks like he could be one of the rare early career breakout tight ends.

Kenneth Gainwell, RB – Lately, Memphis has been putting quality running backs into the NFL, and Gainwell looks to be the next. Gainwell is the guy who kept Antonio Gibson on the bench.

Zach Wilson, QB – The gunslinger from BYU, Wilson has a knack for making plays off schedule. I think he’ll be best served by sitting on the bench a year.

Rondale Moore, WR – Did you know Moore can squat 600 pounds? That aside, Moore has been very productive in college and should be able to produce early in the NFL.

Michael Carter, RB – We’d all probably be talking a lot more about Carter if it weren’t for Javonte Williams. Carter was a star in his own right at UNC, rushing for over 1200 yards in 2019 and catching over 80 passes in his college career.

Rashod Bateman, WR – Bateman exploded on to the scene in 2019 with 1200 yards and 11 touchdowns. My concern is that breakout year; He had a 20.3 yards per catch vs. 13 yards per catch the rest of his career.

Mac Jones, QB – Jones is cool and calm in the pocket. He has a good arm and makes good decisions. He doesn’t have the mobility of the other quarterbacks in the higher tiers.

Amon-Ra St. Brown, WR – When most casual fans think of St. Brown, his four-touchdown first quarter against Washington State come to mind. While that was great, there is more to St. Brown’s game. Brown reminds me of Golden Tate, who produced a WR1 season and 3 WR2 seasons.

Pat Freiermuth, TE – Second on the Nittany Lions in receptions as a freshman and sophomore, Freiermuth is a solid two-way prospect. At 6’5″ 258 pounds, he should be on the field to make plays.

Tylan Wallace, WR – Wallace looked headed to the NFL after the 2019 season but was derailed by an ACL tear. Wallace bounced back in 2020 and looks ready to go into the 2021 draft.

Terrace Marshall, WR – Marshall has good speed and excels at the contested catch. There are some drop issues to resolve, but Marshall looks to be a player who will deliver if you are patient.

By breaking the players up into tiers, you can determine where the draft’s positional strength is. You might be sitting with a tier 2 pick but a stacked running back room, so trading back to tier 3 or tier 4 so you can add capital and grab a great wide receiver and increase the value of your team.

Try this exercise for yourself and see where the value lands for you. You might just surprise yourself. Please give me a follow on Twitter and listen to me talk dynasty fantasy football on the Fantasy Football Roundtable.