Is it time to sell high on Dion Lewis? 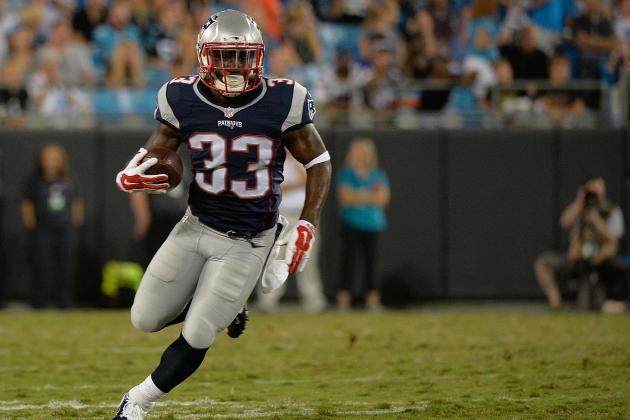 If you’re a Dion Lewis owner you’re likely pretty happy with how he played this year, especially in the second half of the year. His week 16 performance is the reason I was able to pull off the upset in the championship game. In fact, he finished the year as the 13th overall running back, according to ESPN’s PPR scoring. With that being said, it’s time to sell him. Here are a few reasons why:

Dion Lewis has now played in the NFL for six seasons. Not only is this the first season he’s played in all 16 games, but it’s also only the second season he’s played in double-digit games, the other being back in 2011 when he played 15 games. In addition, he has had some injury history, including a torn ACL in 2015 and a fractured fibula in 2013. That should be in the back of your mind going forward.

A better question is why did his usage and stats go up following their bye week? One should start by looking at the injuries of his teammates. While Dion’s carries increased a bit week 6-8, it was really when Mike Gillislee went down just before the bye week that Dion’s overall stats increased. In addition, James White and Rex Burkhead didn’t play weeks 16 and 17. It was in those two weeks that Dion scored 62 of his 192 overall points. And that doesn’t even get into the fact that the Patriots battled many injuries at WR throughout this past year as well. While Dion was able to step up, there’s plenty of talent to go around on the Patriots. Will he even get that opportunity again?

Most NFL fans should know this, but it’s tough to predict who the go-to RB will be on the Patriots. This is Dion’s third year on the Patriots and he finished with 896 yards. This is the first time in his career he’s rushed for more than 300 in a season. Sure he was able to step up, but can he maintain it even if he gets that opportunity? That’s tough to say. Most players regress a bit following a breakout year and I expect the same from him.

On top of all of that, it’s now a contract year for Lewis. And it’s yet to be seen if he is resigned. That adds to the uncertainty of him going forward.

Overall, Dion is a solid RB2 if he can stay healthy. However, that still remains to be seen. I outlined many factors that went into him finishing the year in the manner he did. There’s a lot of uncertainty out there with him going forward. Once the season starts, I’m not sure you’ll be able to sell him for the price that you can now. I recommend selling him high now by pushing his week 16&17 performances and thus his 13th overall finish.