Which Defensive Lineman comes out on top for dynasty rankings, Danielle Hunter or Myles Garrett? 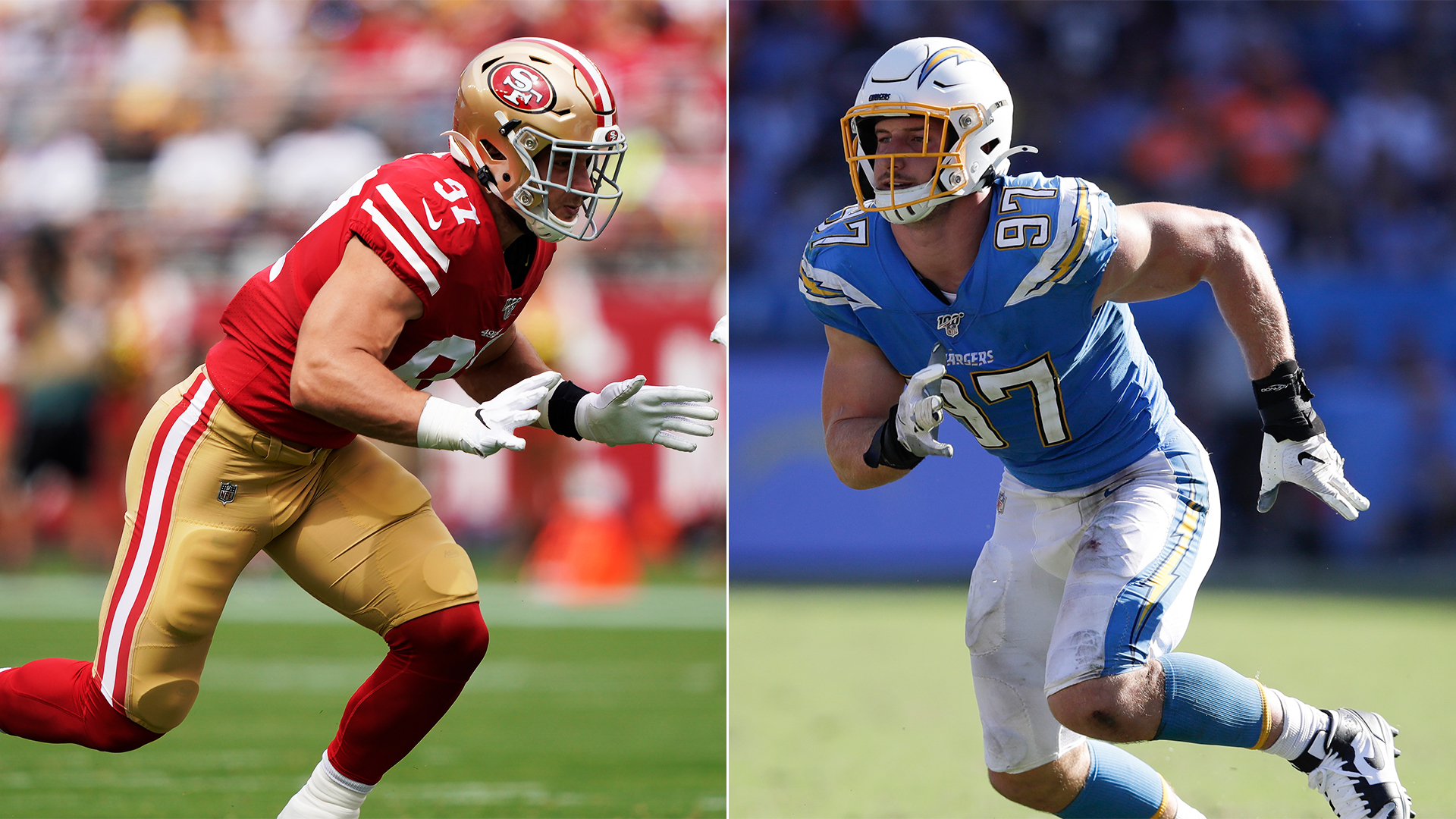 Since I started playing IDP over ten years ago, the linebacker was my favorite position to watch and draft. However, over the past few years, after I learned more and more about IDP (still learning to this date), defensive linemen are more valuable and are more fun to watch. Yes, this can depend on your scoring, but overall there is a decent drop off after the top 10-15 defensive linemen. So it is fitting that I will start this ranking series with that exact position. I will have one for linebackers and defensive backs (which will include cornerbacks and safeties)

Danielle Hunter has been at the top of the defensive line rankings for the past two years; he has 29 sacks over that same span. At only 25, he is only entering his prime and should be at the top or at least in the top three for the foreseeable future.

I might catch some flak for this one, but Myles Garrett is the number two defensive lineman in my book. Yes, he had some issues last year after going headstrong on Steelers’ quarterback Mason Rudolph. In the ten games he played last year, he finished with 10 sacks, making him on pace for 16 sacks. If he can keep his head on straight, he could push Hunter for the top defensive line spot for 2021.

Nick Bosa enjoyed a great rookie year. He finished the season with nine sacks and 47 total tackles. Yes, this was aided by a very good front seven the 49ers employed during the season. He held his own and lived up to the reputation of the second overall pick in 2019, being named the defensive rookie of the year. They lost DeForest Buckner via trade before the draft but drafted Javon Kinlaw with that pick from the Colts. I don’t see him taking a step back in 2020, only steps forward.

Joey Bosa enjoyed a full 16 game season after playing seven games the year before due to a foot injury. He finished the 2019 season with 11.5 sacks, an impressive 67 total tackles, and in the top 5 (3rd) tackles for a loss. The Chargers added front seven help during the draft by snagging Kenneth Murray last in the first round. Joey and Nick could flip flop between the 3rd and 4th.

All three of these guys in tier 2, could easily be in tier one. Allen might be the surprise name to some, but the 7th overall pick in 2019 made him a name. He only started four games, but he finished with a solid 10.5 sacks and 44 total tackles. Allen can get to the backfield very quickly and make plays. He did have Yannick Ngakoue opposite of him to help his production, but the Jaguars did draft K’Lavon Chaisson this year to replace Ngakoue since it looks like he won’t be playing another down for them.

Chase Young could also fall into the category of a surprise at this spot in the top 10. Ohio St, which has been named lately as DL-U. Young led the nation with 16.5 sacks in his junior season. With Montez Sweat, D’Ron Payne, and Jonathan Allen, the Redskins front four has outstanding potential to be a top 10 defense in 2020. Yes, Young might see lots of double teams, but look at some of his college tapes, and you will see why he is a special player and deserves to be in the top 10 for dynasty purposes.

Aaron Donald has been a mainstay in the top 10 for the better part of four-plus years. He has not missed one game (due to injury) in his entire career, and he has eight-plus sacks in each of his six years in the league. Donald wasn’t able to reproduce the 20.5 sacks he had in 2018 but still managed 12. 5 in 2019. Since Donald is eligible at DT and even DE as well in some leagues, it gives him a bump in the rankings. He just turned 29, so age could be a factor soon.

Maxx Crosby is the man who came out of nowhere. He was a fourth-round pick in 2019 and amassed ten sacks and 47 total tackles with only starting ten games. Most thought last year’s fourth overall pick, Clelin Ferrell (who only had 4.5 sacks), would be the guy to show up. Wrong, Crosby had a great year, and I hope to see him build on his rookie year and keep that motor driving.

I had a tough time trying to rank DeForest Buckner. I had him as high as 8 and as low as 14. He should continue racking up tackles with the Colts. He will have DT and DE eligibility in some leagues and give him a slight boost in those leagues. Over his past four years in the league, he has finished each season with over 61 tackles.

Cameron Jordan is about as consistent as you can get. Like Donald, Jordan has played in every game in his career. Over his NFL career (nine years), he has had double-digit sacks in five of those years. His tackle numbers (aside from his rookie year) have never been under 45. The only knock to him for dynasty leagues is his age. He will be 31 in July. However, he is still a valuable option and can win you a championship.

There is quite a bit of injury risk and age with this group. If Watt and Lawrence can stay healthy, they can move back into the top ten very easily.

Thanks for reading and I hope you enjoyed the article. You can find me on Twitter @ejh1528. Feel free to shoot me any IDP (NFL or Devy) questions you may have and I would be glad to answer them. You can also check out the IDP Devy Podcast under the @IDPNation podcast. Be sure to check out our IDP rankings here.