We all know who is the LB1 in dynasty leagues, but who is closing in on him to take that top spot? 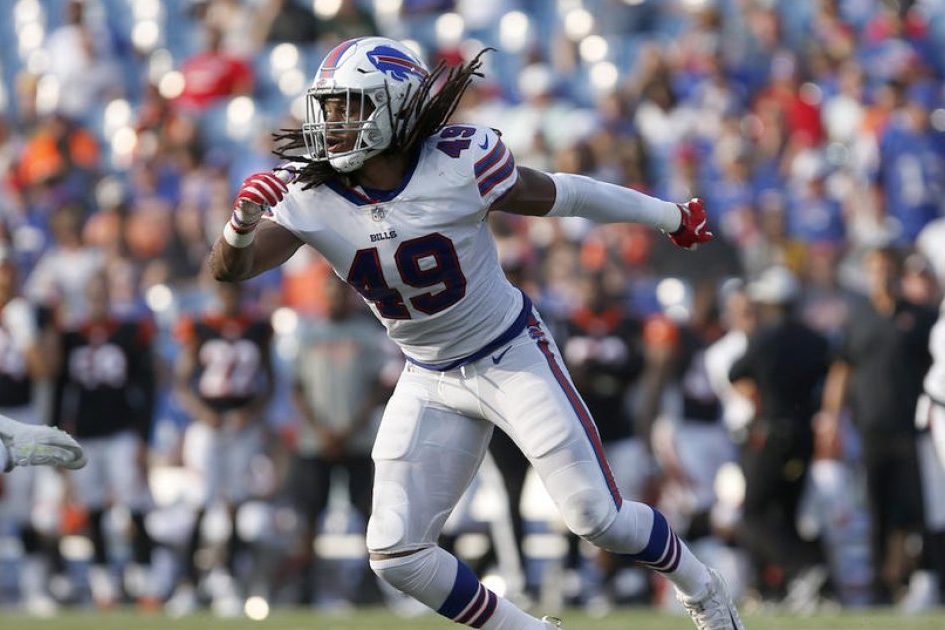 Ahh, LB is one of everybody’s favorite positions, not only to watch but also to use in fantasy. Majority of the time, the top tier linebackers are the first IDP’s off the board, mainly because they score the most points. However, the linebacker position is much deeper than the defensive line or defensive backs. Nonetheless, we all have to draft a linebacker at some point. Here I will lay out my top ten linebackers for dynasty purposes. The linebacking group is very fluid. A lot of these guys could move around to the tier above or below. If you missed my last article on the top ten dynasty defensive linemen, you could read that here.

Darius Leonard has been the LB1 off the board for a lot of the last off-season as well as so far this year. After putting up an astounding 163 combined tackles in his rookie year, he has seen his value skyrocket. Leonard’s 2019 season was a bit more modest, with 121 combined tackles. He still is LB1, but the gap is closing with the next set of guys.

Tremaine Edmunds hit the ground running just like his fellow draft classmate in Leonard. In two years, Edmunds has amassed 236 combined tackles and is a force to reckon with. The Bills had had a few changes among the front four this off-season, which should free up him more to make more plays in the backfield and the first and second levels.

The 2018 linebacker draft class has exceeded expectations. The top three guys are all from that class. Despite only playing 12 games in 2019, Roquan Smith still managed to have over 100 tackles and two sacks. He is the leader for that Chicago defense and will continue to be for 2020 and beyond. With Khalil Mack on one side of him, although he seems like he has taken a step back, Smith will take advantage of teams shying away from Mack.

Jaylon Smith has come a long way since college. Most of you know the devastating injury he suffered in his last year at Notre Dame. The Cowboys took a chance on him in the 2nd round of the 2016 draft, and needless to say, it paid off for them. Smith has only improved since. He has racked up over 340 tackles, with 7.5 sacks in three years. Smith finished with 142 of them last year. With Leighton Vander Esch supposedly coming back after neck surgery, Smith’s production go could up even more.

Devin White didn’t disappoint in his rookie year. Some thought he might suffer from LaVonte David playing beside him, however, quite the opposite. Smith finished with 91 tackles and 2.5 sacks. He will be the leader of the middle for that defense long after David is gone. The Bucs made some big changes on their team this off-season, including adding safety help in the draft.

Devin Bush has taken over the Steelers defense. This team needed a linebacker after the loss of Ryan Shazier. Many thought he would have gone to the Broncos since they needed linebackers as well. Nonetheless, he is the perfect fit for the Steelers and should continue to lead that Steelers defense. His rookie year, he amassed 109 combined tackles, nine tackles for loss and four fumble recoveries. In tackle heavy leagues, he has more value than sack heavy.

Fred Warner was a tackling machine in college, and he’s continuing the same trend in the NFL. In his first two years in the league, Warner has 242 tackles and three sacks. He has taken over as the face of that defense in the remnants of players such as Patrick Willis. They lost DeForest Buckner this off-season and added his replacement in Javin Kinlaw. Warner could see more action if teams want to test Kinlaw in the early goings of the season.

After not doing much in his first two years in the league, Cory Littleton has undoubtedly made a name for himself over the past two years as the cornerstone of their linebacking core. Over those two years, he has 259 tackles, 7.5 sacks, 15 tackles for loss, and five interceptions. Now with the Las Vegas Raiders (still odd to say), he will again be in the middle of that defense along with newly acquired linebacker in Nick Kwiatkoski.

Another guy in the top 10 who is changing teams, Blake Martinez, gets a lot of hate for some reason. He has done nothing but keeps putting up tackles since coming into the league in 2016. Racking up 512 tackles over four years is nothing to fret about. Yeah, he could be better in coverage, but the guy can still produce fantasy-wise and is an LB1. The change of scenery shouldn’t change him. He will start in place of the departed Alec Ogletree and continue on the same success.

Honestly, I was a bit surprised the Browns didn’t keep Schobert around. They have had decent middle linebackers for a few years now—next man up. Anyway, the Jaguars scored a huge win when they signed Schobert. They lost Telvin Smith, and Myles Jack is better playing outside rather than inside. With the addition of K’Lavon Chiasson on the outside as well. Schobert could be in for a career year. Tackles over the past three years have been his calling card, racking up 380 of them. He can get to the quarterback, amassing eight sacks over that same span.

Now don’t get me wrong; I love Bobby Wagner. Right now, he sits as 10b. It mostly based on age. Wagner has been one of the most consistent linebackers since he came into the game. Middle linebackers take a lot of punishment, see Luke Kuechly. If you are in win-now mode, Wagner is a guy to target to help snag that title. If not, sell him for a much as you can and rebuild your defense.

Thanks for reading and I hope you enjoyed the article. You can find me on Twitter @ejh1528. Feel free to shoot me any IDP (NFL or Devy) questions you may have, and I would be glad to answer them. You can also check out the IDP Devy Podcast, which I co-host under the @IDPNation podcast. You can see my previous articles here. Also, check out our IDP rankings here.

Draft Plan Strategy: Superflex Young QB Early
Making the Leap: The case for Courtland Sutton as a WR1 in 2020