In this article we will look at the Top 10 IDP Rookies to target in your rookie drafts. 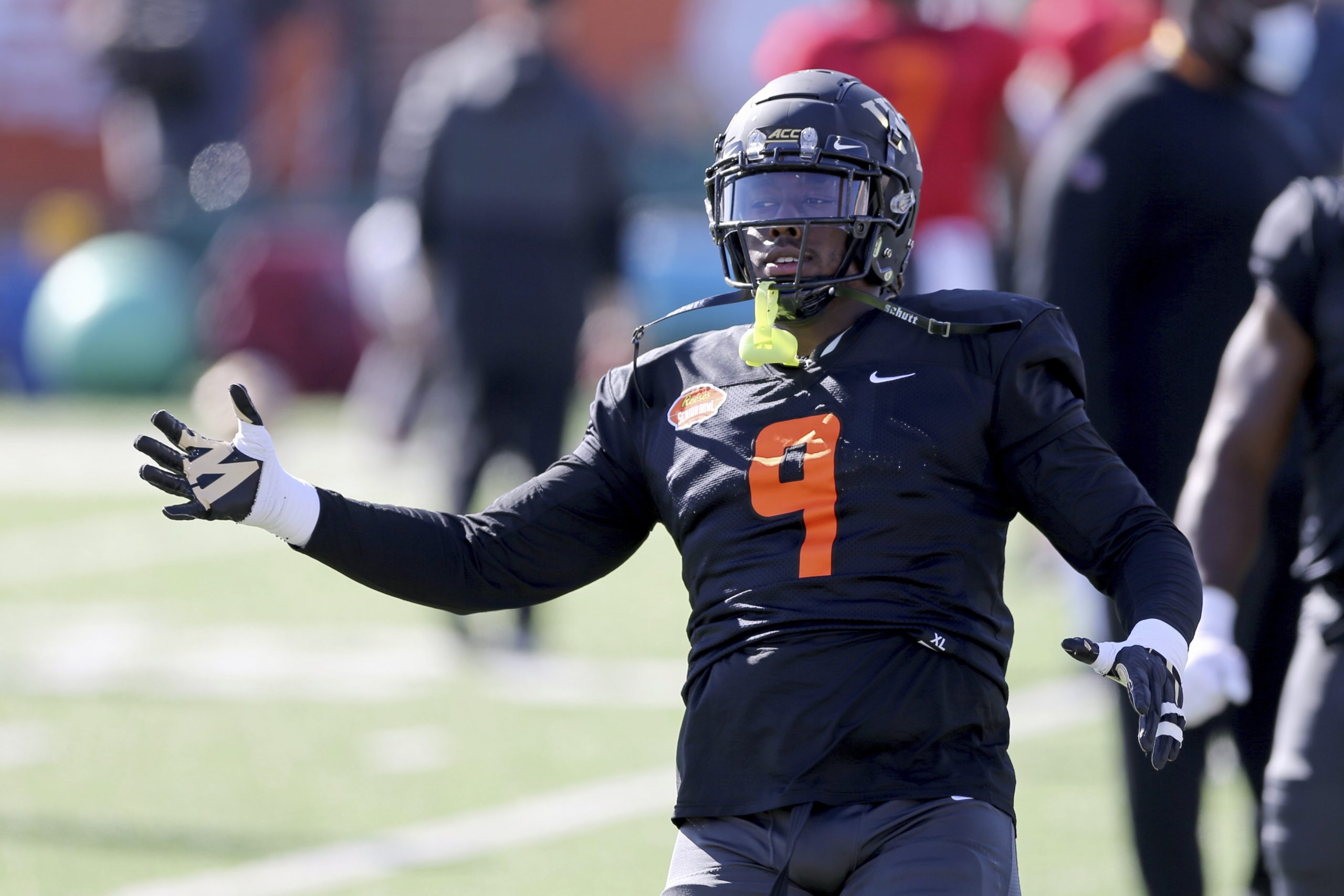 Finding the right Sleeper can make a huge difference!

It’s Christmas time for dynasty fantasy football players! Many leagues have either begun or completed their rookie drafts for the upcoming season. I’m going to highlight some IDP Rookie sleepers to target in late rounds or off of waivers after the draft for those of you who have not.

Last year we saw a few IDP Rookies come from deep in the depth chart to become significant IDP assets. Jordan Fuller was a surprise snap count leader over Taylor Rapp in LA for the season opener and performed well until he got injured. He returned to the starting lineup later in the season and posted decent numbers (60 total tackles, 8 impact plays in 11 games). Kamren Curl also found his way to a starting role when Landon Collins went down and proved a more than worthy addition to IDP rosters(69 tackles, 14 impact plays in 8 games). Let’s take a look at ten potential contributors for the upcoming season.

Ok. Hear me out on this one. I know cornerbacks aren’t typically IDPs you want to target unless you have true positions in your league, but the Titans are known for producing CBs who are relevant DBs. For example, Adoree Jackson in 2017 had 69 solo tackles, 17 PDs, and was a part of special teams as a punt and kick returner. Malcolm Butler put up solid numbers in 2018 and 2020 (missed seven games in 2019). Tennessee is more than capable of producing relevant IDP CBs, and Jackson and Butler both have new teams this year. If healthy, Farley is a capable tackler and can create turnovers. Both things you want to see in an IDP asset.

I would’ve had Wallow higher on this list if the Texans didn’t just sign Neville Hewitt. However, the Texans will likely have plenty of defensive snaps to go around. Wallow was a proven leader and athlete at TCU. He can make plays behind the line of scrimmage, including getting to opposing QBs. He has some questions about his open-field tackling ability but can develop into a decent player.

Hufanga is rarely mentioned in Rookie IDP rankings. Perhaps it’s due to injury concerns (twice-broken right collarbone, dislocated right shoulder), or maybe his lack of burst speed. That being said, he was an AP All-American and PAC12 Pat Tillman Defensive Player of the Year Award in 2020. Selected late in the draft by the 49ers, his path to playing opportunity isn’t very long. The 49ers lack depth at safety and have no elite players at that position. Their current starters are Jimmie Ward and Jaquisky Tartt.

Derrick Barnes is being overlooked for other Linebackers in this class. However, his landing spot in Detroit is a perfect opportunity for him to carve out a significant role in the new “knee-biting” defense of new HC Dan Campbell. He’s currently listed behind Jalani Tavai on their depth chart at MLB, but is listed as LB/DL on Sleeper. Time will tell if it stays that way.

Monty Rice fell off of many Rookie draft boards, likely due to injury concerns. Rice was Defensive MVP for Georgia in 2019 and a Butkus Award finalist in 2020, but a foot injury limited his production. An early-down inside linebacker with solid coverage abilities. He could see significant playing time if either  Raashan Evans or Jayon Brown are lost to injury.

I am excited to see what Dylan Moses can do in the NFL. He had a rocky college career due to injury, but he was dominant when on the field. In 2018, his sophomore year, he totaled 86 tackles (45 solo). He was sidelined in 2019 due to injury but then returned to the field in 2020 with 76 total tackles (40 solo). He has a knack for disrupting plays and can get into the backfield with ease. Outside of alpha stud Joe Schobert, there isn’t much in Jacksonville to stop him from getting solid snaps early on. If Schobert or  Myles Jack miss time due to injury, Moses could step into a starting role.

The Bills addressed one of their biggest defensive needs in the draft… times two. They selected Gregory Rousseau in the first round (30th overall) but then doubled down in the second with Basham. Mario Addison and Jerry Hughes have both been in the league for 10+ years and will likely see reduced snaps because of that. Some sites are already listing Basham as the starter on the depth chart. Many people will be grabbing up Rousseau, but you’d be wise to snag Basham in later rounds as a flier.

Many people will target Trevon Moehrig (second round, 43rd overall) in their rookie drafts, but the Raiders also selected Deablo in the third. Evidently, they see a need to improve their secondary. Deablo was a starting free safety at Virginia Tech and showed impressive tackle numbers. He even showed his ability to get behind the line of scrimmage at times. In his final season, he also showed his ability to intercept opposing QBs with four interceptions in a shortened season.

I know it seems odd to have a first round pick as a sleeper, but it was also odd that the Saints drafted him there in the first place. He was a solid performer in Houston. He racked up 10.5 tackles for loss and 5 sacks in just five games (shortened due to COVID). He is being overlooked in many drafts (he went undrafted in one of my rookie drafts) because of the criticism coming out of the NFL draft, but he’s still a raw talent with a knack for getting to opposing QBs. Another thing to note is Trey Hendrickson left for the Bengals in free agency, and Cameron Jordan is in the twilight of his career. Marcus Davenport has also under-performed for as much hype as he had coming out of college.

Ernest Jones was a tackling machine at South Carolina (97 total in 2019, and 86 total in a shortened 2020). It’s interesting to see comparisons to Micah Kiser on some sites because Jones could absolutely take over for him in the starting lineup. Troy Reeder could also lose his job to Jones quite easily. Jones barely makes this list as a sleeper because he’s being drafted relatively early in many rookie drafts. His ADP is on the rise for sure. If you need LB depth and can wait a bit for production, then Ernest Jones is your guy!

Many of these players may never be fantasy-relevant, but I believe several of them have the ability, potential, and opportunity to become IDP playmakers in the not-to-distant future. I’m sure you have players you thought would be on this list. There were several I could’ve included, but had to leave them off mostly to make sure I was including players from each IDP position. I could probably do a whole article on Rookie LB Sleepers. Let me know what you all think. Please drop a comment below, or @ me on Twitter: @IDP_Baumer