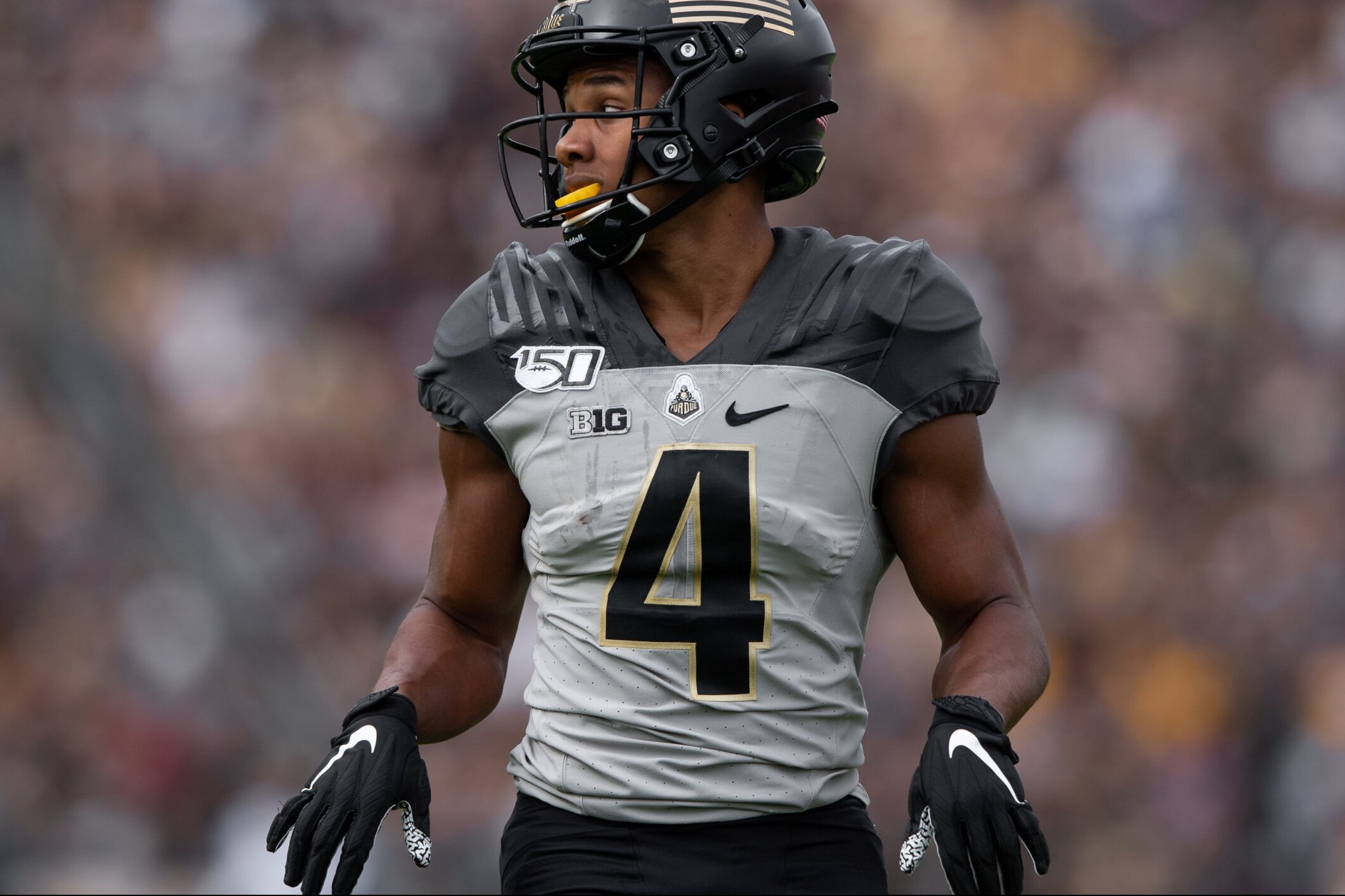 The value of receivers in fantasy football has been steadily trending down for years, due mostly to the oversaturation of talent at the position combined with a rise in the quality of running back production since 2017. That being said, landing a future WR1 for your dynasty team is nothing to scoff at. After all, wideouts do have the longest shelf life of any non-QB position. Much was made of the 2020 draft class, one of the deepest wide receiver drafts in decades. Believe it or not, the 2021 class may be just as stacked.

Chase is seen as a potential top-three pick in this spring’s draft despite sitting out of his junior season. Though he’s neither the biggest nor the fastest receiver ever to grace a football field, Chase is an unusually well-rounded player considering his age. Like Jerry Jeudy last season, Chase is an uber polished route-runner who can routinely make some of the nation’s best secondaries look like Big 12 bottom feeders. In his last start for the Tigers, Chase demolished 2020 first-rounder A.J Terrell, exploding for 221 receiving yards and two touchdowns on nine receptions. Chase is a plug-and-play WR1 for whichever team he lands with.

One of the most dynamic playmakers in College Football, Moore has the potential to become a one-of-a-kind type of receiver at the NFL level. The Boilermakers have trotted out Moore in various roles since he arrived on campus in the fall of 2018, with Moore looking untoppable in every aspect of the game. While Moore has suffered from a few ailments in the last couple of seasons, passing on a player with his skill set because of a soft tissue injury would be a major mistake on the part of any franchise. Like Tyreek Hill, Moore is a legitimate threat to score every time he gets his hands on the ball. If used correctly by an open-minded play-caller, there is truly no limit to Moore’s upside at the NFL level.

A big-bodied boundary receiver with great ball skills and body control, Bateman could certainly become the best receiver in this class when all is said and done. A large target on the boundary, his role in the NFL is pretty clear cut. While outside receivers taken early have been a bit hit or miss, Bateman’s skill set is far more reminiscent of Courtland Sutton than N’Keal Harry. He should have no issue creating separation at the NFL level.

Waddle could be best served by returning to school next season, following a season-ending ankle injury that could hurt his stock in the eyes of NFL scouts. Though many scouts view him as a potential top-15 pick, with some going as far as to say that he is a superior prospect to his former teammate Henry Ruggs, it’s hard to see Waddle’s stock improving if he cannot participate in February’s combine.

Smith is an odd prospect to evaluate. The senior is extremely slight and lacks “elite” speed, with many scouts projecting him to run a 4.5 at the combine. However, Smith’s production against some of the best defenses in college football speaks for itself. SEC corners are outmatched this season when lining up against the “savvy vet” Smith, whose feel for the game is impeccable. I don’t think a team will take Smith in round one, but I see him being a productive rookie.

Wallace hasn’t missed a beat since suffering a season-ending ACL injury in the midst of a breakout 2019 campaign. A polished route-runner with a dynamic makeup as an athlete, Wallace is the ideal modern wide receiver. He’s a threat at every level of the field, combining great long speed with an excellent burst in short spaces. Equally capable of going up for a contested deep ball and taking a screen pass to the house, Wallace has one of the most reassuring floor/ceiling ratios in this class.

Terry is a bit of a project. He’s got an excellent combination of size and speed but often suffers from concentration drops and poor catching technique. If he’s to realize his true potential, Terry must land with an organization that can coach him up a bit while also pairing him with a stable presence at QB.

Slightly undersized, Olave makes up for his lack of imposing size with a composite set of skills that offer a nice baseline for NFL productivity. Though he may never develop into a true No. 1 wideout, Olave is a guy who should be extremely productive from day one. The OSU standout has proven himself capable of working out of the slot and on the boundary, demonstrating solid ball skills and clean route-running abilities.

A long, lean deep threat with excellent upside as a vertical playmaker, Marshall has emerged as a true No. 1 wideout for the Tigers following Ja’Marr Chase’s decision to opt-out of the 2020 season. Marshall is a player who could certainly flame out at the NFL level if he fails to add strength to his slender frame. The difference between boxing out an NFL cornerback and an SEC cornerback is huge — depending on the SEC cornerback in question, of course.

It may sound odd to compare Atwell to a running back — because it is. However, Cohen’s skillset has so much overlap with Atwell’s that it’s difficult not to associate the two players. Since entering the league, Cohen, an undersized and underutilized receiving back who has been a handful for defenses, is an explosive juke machine in the open field like Atwell. Atwell’s small stature will likely keep him working out of the slot almost exclusively at the NFL level. However, if the Louisville star can land with the right organization, he may very well develop into an elite weapon as a short-yardage receiver. Picking up yards after the catch is Atwell’s bread and butter, as his elusiveness and speed are unparalleled at the NCAA level (save for Rondale Moore).