Top 5 Landing Spots for the ‘Return of Jonnu’

Jonnu Smith is one of the most physically gifted TEs in the NFL but 2020 was a big let down for his fantasy owners. With free agency looming large, where will he need to land to finish TE6 or better? @DynastyNerd101 gives us a look at the top 5 landing spots to get Jonnu back on track. 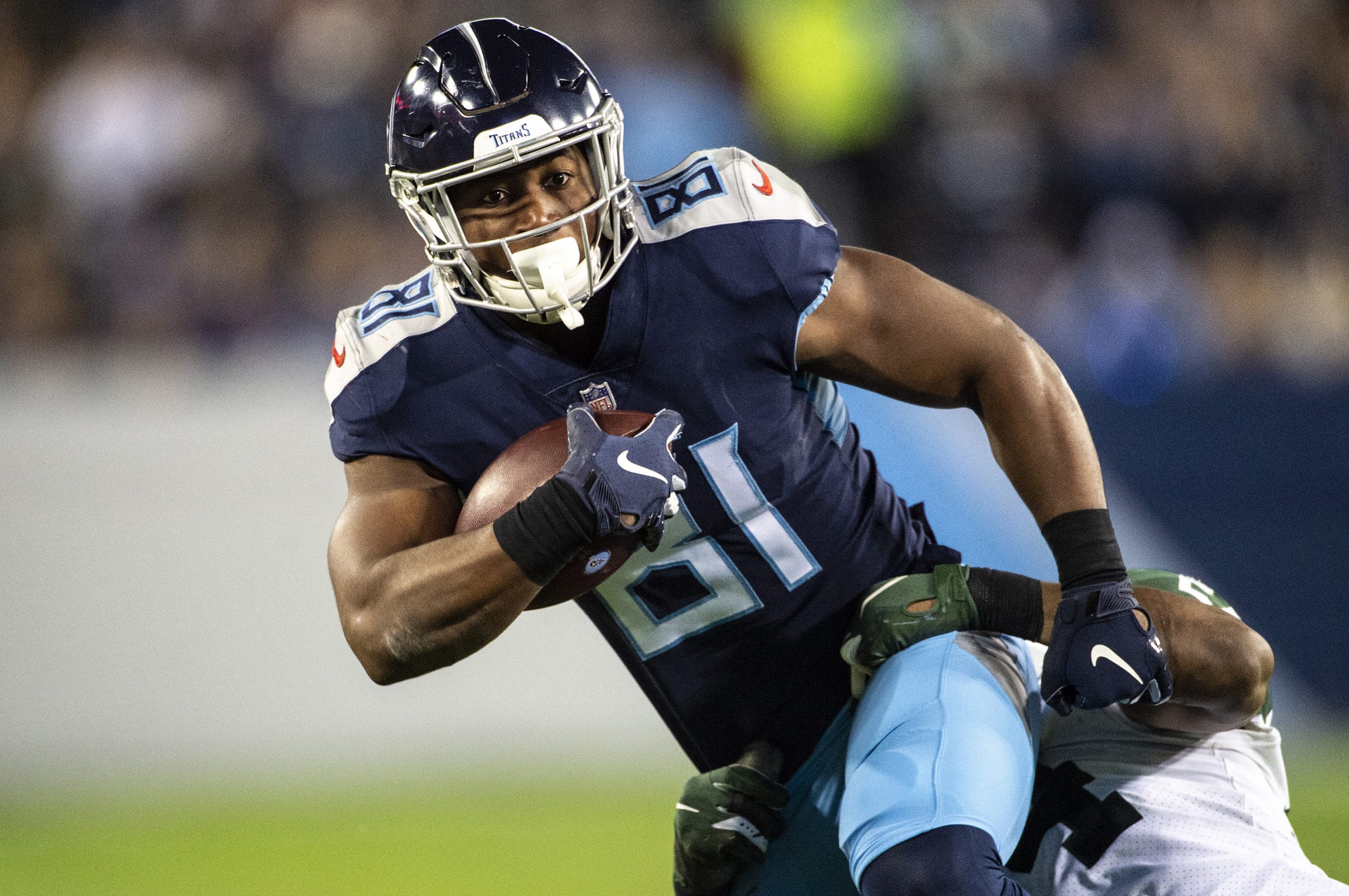 It was a tough year for all the Jonnu Smith truthers. Whether you drafted him in 2020 or seasons prior, you’re probably left with many questions heading into this dynasty season. After a disappointing year of production, this once-promising tight end with elite speed and athleticism likely finds himself on the move. The Titans are facing some very tough decisions. With 30 players set to become free agents, Smith could find himself on the outside looking in. For Jonnu, finding the right home will be the key to finding himself again. Let’s take a look at five landing spots that could catapult him from TE13 back into the top six.

Arizona comes in as one of the lower-ranked landing spots on our list. The Cardinals very well could sneakily find themselves in the market for a tight end. In 2020, Kyler Murray had 558 passing attempts, with 64% of those targets going to the WR position. Arizona only targeted their TEs 65 times (11% target share), an incredibly lopsided percentage in comparison. On the surface, the numbers are a bit concerning but could be all the more reason to sign a TE as gifted as Jonnu. Adding Smith could boost those numbers and give Kyler a big, speedy target to attack the middle of the field.

Carolina is a team that has a more obvious need to upgrade at tight end. The Panthers finished second-worst in the league in TE targets last season. Only 38 of those going to the TE position, despite Teddy Bridgewater throwing a career-high 492 times. If Carolina wants to continue to lean on Bridgewater, they’ll need to add a weapon at tight end. Who better to fill that role than Smith? The Panthers don’t have an elite WR who demands a ton of targets, but they are very capable in the position overall. With 70% of the targets going to the WR position, they’ll need to do a better job of spreading the ball around in 2021. Outside of McCaffrey, the Panthers lack an imposing red zone option, leading to more opportunities for Jonnu to find pay dirt.

Say less. In 2020, Josh Allen was hands down the most improved player in the NFL. His 69.2% completion rate was good enough for the fourth-best in the league, and he finished top five in almost every major statistical category. He was a league-winning fantasy performer. The Bills WRs received a whopping 75.2% target share, while the TEs only received 10.9%. Dawson Knox hasn’t got the job done, and Jonnu would be a significant upgrade at the position. Stefon Diggs is a proven, elite receiver in the league who will still demand a ton of targets. However, Jonnu would likely eat into a much larger portion of the total WR targets if he lands in Buffalo. With only $3M in cap space, the Bills have to be more creative than any other team on this list. This is a dream landing spot if the Bills can make it happen.

The Jaguars only climbed ahead of the Bills because of the $79M cap space they’re sitting on, putting them firmly in the market to make some big off-season moves. Jacksonville could offer Jonnu the best deal and would be a fantastic spot for Smith to call home. With Trevor Lawrence likely headed to Jacksonville, the addition of Urban Meyer and his hall of fame collegiate resume, and an aging and often injured Tyler Eiffert, Smith would have no issue fitting into this offense and demanding targets quickly. DJ Chark should dominate targets and be the biggest benefactor this season, but adding Jonnu to the mix could place him 2A/2B with Laviska Shenault. He would be a welcomed red zone presence on what should be a more potent offense.

The Chargers come in firmly at the top of the list. Many mock drafts are projecting Kyle Pitts to the Chargers, which is probably the best-case scenario for Pitts. With $33M in cap space, the Chargers have options. For Jonnu, this would set in motion a meteoric rise in both his stock and likely his production. Justin Herbert was special in his rookie season. Only the Pittsburgh Steelers threw more passes last season, and that’s not even the best part. Justin Herbert spread the ball around, giving his TEs a 21.2% target share vs. 53.7% for the WRs and 25.1% for the RBs. If Hunter Henry leaves via free agency, there will be an imminent need that the Chargers will look to fill. Should they choose not to draft Pitts, Jonnu would become a prime candidate and immediately find himself back in the top six TE conversation right away.

Who’s your WR 1 in Dynasty?