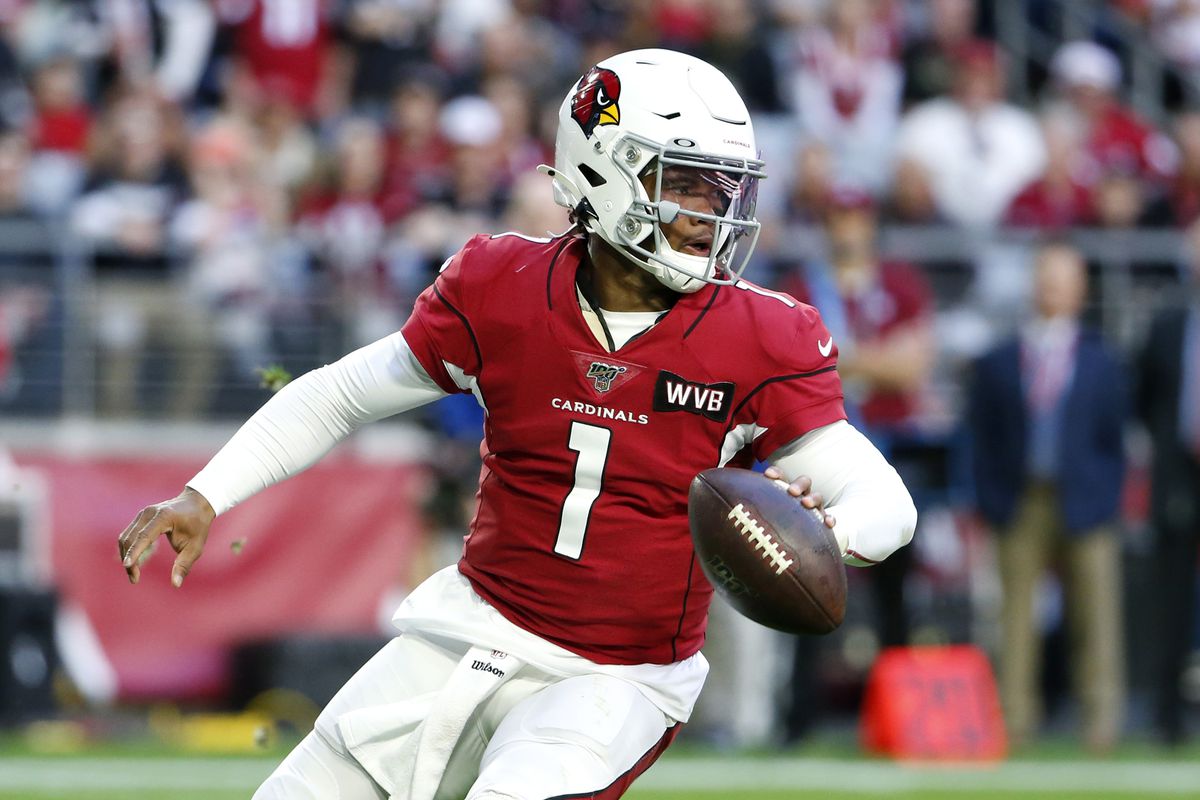 In the world of Superflex, the value of a quarterback skyrocket. When taking a quarterback in the first round is frowned upon in regular leagues, it becomes a near essential for most players. You can wait and get an older quarterback later on, but they won’t have the same lifespan as younger players. If you get lucky enough to get a young quarterback at the beginning of their career, you have a player that could start for 15 years or more.

NFL.com released their best players under 25 team last week, and it got me thinking. Who are the best quarterbacks under the age of 25 for Superflex leagues? There are a few names that are locks to be on the list, but the last couple of spots could be up for debate depending on who you ask. You may finish reading this and call me out for the final guy that ends up being on this list.

A couple of quick notes. The players have to be under the age of 25 before the projected start of the 2020 season. This is not necessarily a list of who I think the best quarterbacks under the age of 25 are, although good regular quarterbacks are usually good fantasy quarterbacks. Finally, I do not include rookies. I love Tua Tagovailoa and Joe Burrow, but I can’t include them. I just have no proof that they’ll be good at the NFL level.

We all knew he was going to be here. Patrick Mahomes has been the best quarterback in the NFL over the last two seasons. He’s thrown for 76 touchdowns and over 9,000 yards in this stretch, and he was a Dee Ford penalty away from going to two Super Bowls in his first two years as a starter. He was QB1 in 2018, and he was en route to another top-five finish in 2019 before an injury slowed down his pace.

Mahomes, in Superflex startups, is currently being drafted as the second player off the board behind only Christian McCaffery. He’s playing with one of the more inventive coaches in the NFL in Andy Reid, and he is surrounded by elite weapons like Travis Kelce and Tyreek Hill. He’s also got an offensive line that’s loaded with talent from the left to right sides. Throw in his decent running ability, and you’ve got a quarterback that can make special plays happen over and over.

Mahomes is on track to become the highest-paid player in NFL history when he signs his extension. There is no rush for him to get the deal done. He’s putting up ridiculous numbers, and he’s completing 50 percent of his passes that travel at least 25 yards down the field. With his downfield ability tied to Reid as his coach, he’s a player that’s going to remain one of the best players in football for the foreseeable future.

First of all, pour one out for Deshaun Watson. The team continues to make questionable decisions on the offensive line, outside of Laremy Tunsil. They just traded away one of the NFL’s best wide receivers for a running back, David Johnson, that has struggled to stay healthy and a second-round pick. The poor man is just trying to win football games, which he has been very successful at, and get out of there alive.

i don’t know how i’ma make it out of here clean. can’t even keep track of who plays for the other team..
iconic duos rip and split at the seams

Watson is in the top five of QB ADPs for a good reason. He’s finished in the top five in each of the past two seasons for total scoring, and, in 2017, he was number one among quarterbacks in fantasy points per game with 24.12 to his name. He’s also shown an impressive ability to run the football with at least 400 yards in each of his two full seasons, with 12 touchdowns over that span as well.

The only real concern with Watson, at this stage, is the number of hits he’s taken so far. Through 41 games played, including the playoffs, he’s been sacked 139 times. That’s an average of 3.39 sacks per game. We just saw Andrew Luck walk away in his prime because he had dealt with so many injuries throughout his career. It’s unlikely that we’re going to see that with Watson, but it is something to consider. All of that aside, I’d have zero qualms investing in Watson to make him my quarterback for the future. He’s been outstanding to this point, and I expect that to continue.

This is our final selection of players that there will be no questions about. If you don’t think he belongs here, take a hike. Lamar Jackson put up one of the most incredible seasons we had seen in recent memory. He was the most electric player the NFL had seen since the prime days of Michael Vick. His running ability allows him to bend defenses as Steph Curry does in the NBA. This also allows him to rack up points quicker because of the way rushing yards are valued.

I can hear it now, “Gage, Lamar’s rushing makes him more likely to take a big hit and have a shorter career!” The numbers say otherwise in that category, as you can see by the research done by Dr. Edwin Porras of Fantasy Points. His rushing upside enables him to have a higher floor on games where he’s limited as a thrower. Coach Jon Harbaugh has shown a willingness to adapt with his quarterback as they completely overhauled the offense to suit Jackson.

An underlooked part of Jackson’s value is his youth. While Mahomes and Watson will both turn 25 shortly after the start of the season, Lamar won’t turn 24 until next January. As long as he remains mobile, he should be expected to hold this high fantasy value for the foreseeable future.

This is the first one where I might get some pushback. Kyler Murray started last season slow, and he’s only heading into his second year of NFL play. Despite that, I firmly believe that he belongs in this conversation. In his first year, Murray finished as QB7, and he brings exactly what you’re looking for in a young quarterback. He’s got a good arm with a solid running ability, and he is playing in an innovative offense.

Only six players have hit those marks ever in a season, and Murray was just the second to do it in his rookie season. Murray isn’t going to run for 1,000 yards like you’re going to get out of Jackson. He does threaten opposing defenses to the point they have to respect it. I forgot to mention this other thing. Arizona traded for DeAndre Hopkins, which gives him a true alpha receiver to go with the complementary weapons he already had. That raises his ceiling exponentially.

The primary factor for Murray’s ascension to continue is going to be the success of Kliff Kingsbury. These two are effectively tied together until something changes. Kingsbury was given a four-year contract, and the team drafted Murray one year after trading up for Josh Rosen. As long as Murray keeps growing, Kliff won’t be leaving, and fantasy owners should be big Kingsbury fans.

This is the one where you can have some real debate. Drew Lock, Daniel Jones, and Gardner Minshew II are all going to have their fans. But, I don’t think any of them have the case that Allen has made thus far. Allen finished as QB6 last year, and, during his rookie season, he averaged more points per game than Baker Mayfield, who everyone had praised for his play that year. Allen is going into his second season as a full-time starter, and he’s poised to make his second run to the playoffs.

If Allen can work on his deep-ball accuracy with new receiver Stefon Diggs, he could push his way further up the rankings. He’s completed just 56.3 percent of his passes in his career. His accuracy falls below 50 percent between 10 to 15 yards. He’s able to salvage that inaccuracy thanks to the previous three guys on this list because he’s a far better runner than what was expected when he was entering the NFL.

He’s turned in over 500 yards in each season, and he’s scored 17 touchdowns through two years. The major question mark looming for Allen is whether the Bills will pick up his 5th year option after this season. If he remains with Buffalo, I’d expect him to be a perennial contender to be a top-five quarterback. As he just turned 24, he’s still on the younger end of the spectrum as well.