Najee Harris has had a nice couple of weeks, but is it enough to clear some of the concerns highlighted earlier in the season? Dig into the tape with @FFB_Vern to find out! 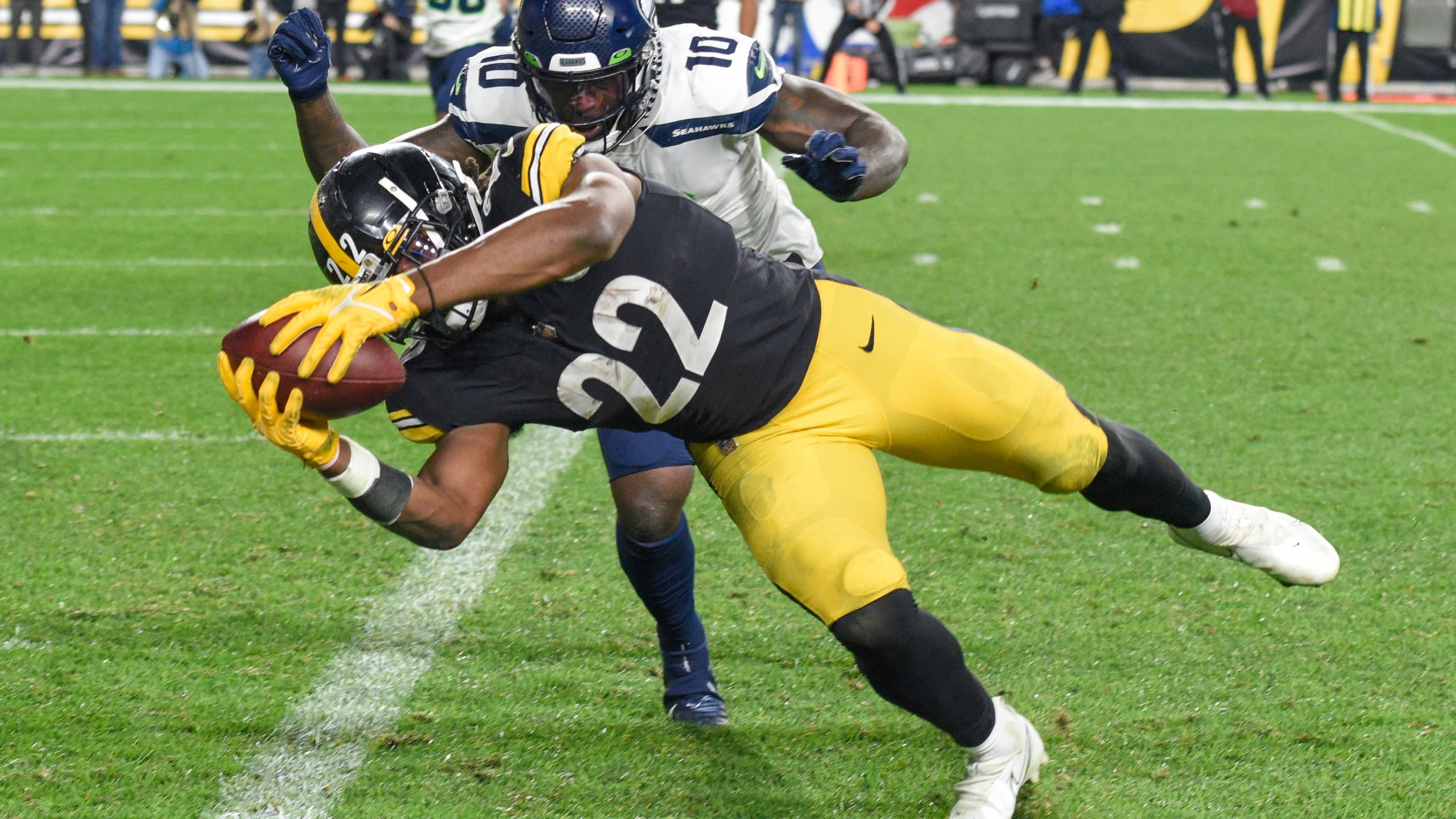 Najee Harris has shown out since Week 3, scoring over 20 PPR working the ground and the air. There is virtually no concern over his volume, and we can have the utmost confidence in his week-to-week production. The production is excellent, but does his tape answer the remaining question we had? Is his mental processing acclimating to NFL speed? Is there evidence that the game is slowing down for him?

Athleticism is of utmost importance for casual evaluators of the running back position. It is essential, but then again, neglecting mental processing is a grave error. This is how we end up with the CJ Spiller’s of the world, where we fall in love with their explosive playmaking potential. Unfortunately, it could have us overlooking the Achilles heel of subpar mental processing and its impact on the true upside.

Seeing the field and exploiting opportunities with high vision-decision-action speed is critical to display the ultimate expression of an athlete’s ability. Good burst and play strength mean little if you are late, and windows close so much faster in the NFL. Najee’s early games showed some hesitation, but his last two weeks have shown evidence of improving mental processing speed. Take this Counter play, for example. Najee makes a quick decision to cut up inside despite the fullback having outside leverage. Considering McCloud was not able to make a block on the outside corner, this is the right decision. An aspect Harris shows in this decision is that he understands his capabilities. He trusts his play strength to deal with a likely one-armed tackle attempt when cutting inside.

Speaking of a player understanding his capabilities, we get to see his comfort in his play strength again. Ensure you pay attention to the challenge Najee sees here. There is no clear path to success at the point of attack. The result of this play is optimistic because he quickly recognizes using his play strength is the wise decision. Many young running backs will get “stuck in the mud,” trying to find a way out they are meant to create instead of find.

Harris is also showing his trust in his burst in certain situations. In this play, we pause where Najee gets the ball, and you can see the leverage is paving a nice path up the middle. This is a pretty easy read, but Najee quickly notices the wide gap created by the left tackle Gentry aligned on the formation’s right side. Great play design and better recognition of opportunity by Harris to understand the bigger picture.

Circling back to Najee’s mental processing improvement, our positive perception of it should be reinforced by his quickness and footwork. Look at this play where his patience allows the blocking to develop. After that, we see his quickness in two excellent cuts between the left tackle and center.

Later he adds a combination of footwork and competitive toughness to the mix. After his burst up the middle, he dips back inside, running into the back of his lineman to avoid defenders on the edge. He keeps the pile moving, then jumps over a down defensive lineman to add three yards. Most times for other running backs, this play ends when they hit the offensive lineman’s back. I’m confident we will see more of this from Najee throughout his career.

From a production standpoint, Najee could have exited this rotation two weeks ago. Now he has proven to me that his skills from Alabama have successfully translated to the NFL. On top of that, he is being featured in the passing game, which makes him attractive as a 3-down back. There is no buying him at a reasonable price right now. However, if your team’s competitive window will last a few more years, Harris is worth the perceived overpay.

A couple of players come to mind that will be worth watching. One guy worth watching for sure is Elijah Mitchell since he seems to be the clear leader in San Francisco. Even still, Trey Sermon is lurking back there, and college tape still has me believing it’s just a matter of time to overtake Mitchell. Watching this backfield should be interesting to enter the rotation.

On the receiver side, we have got to keep an eye on Kadarius Toney. Though he has recently been sidelined by injury, we have to see what is behind this explosive entrance to the NFL. We will get a look at these guys over the next few weeks.

Stay ahead of your leaguemates with the DynastyGM!! Rankings, trade calculator, league analyzer, and much more. Just $4.99/month or better yet, bundle with the Nerd Herd for just $6.99/month and get extra podcasts, the Dynasty Prospect Film Room, and more.