The midway point of the fantasy season is here and @tristancook_ helps you determine if you are a buyer or seller in the trade wars. 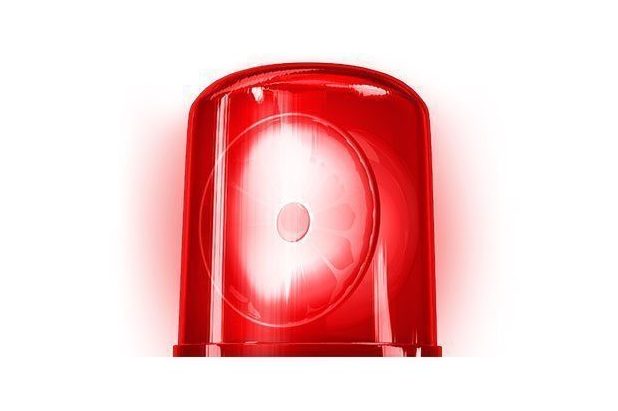 Last week’s article highlighted both JuJu Smith-Schuster and Stefon Diggs as buys. JuJu was able to put up a solid week against Baltimore but has some uncertainty going forward following the scary injury to Mason Rudolph. Diggs played after a tumultuous week and had a poor performance in week 5, but I still believe he is a buy. As always, for reference, assume that the values I am providing, unless otherwise noted, are for 12-team, PPR leagues. For example, an “early” 1st round pick refers to 1.01-1.04, a “mid” 1st would be 1.05-1.08, and a “late” 1st is 1.09-1.12. Let’s get to this week’s players.

This week’s article is going to be slightly different than previous weeks. Instead of focusing on a specific player or two, this week will be geared towards a trading strategy to employ starting this now, and continuing for the next few weeks.

First, it should be noted that this strategy will not work for everyone. Your team may not have anyone that fits this method, and that is ok. You can continue to buy/sell players that work for your situation.

We are amid the yearly abyss known as Bye Week Hell. This is the time that the depth of your team is tested. Successfully navigating these next weeks is the difference between a team that can make the playoffs and one that will be on the outside looking in. As you know, bye weeks can exacerbate the weaknesses of your roster. So, it makes sense that you should be trying to acquire depth, right? Well, not entirely. Generally, I’d say this is true, but not all depth is created equally. As each week passes, dynasty owners will get increasingly desperate to make the playoffs. This will provide several opportunities to take advantage of their needs. There are a few conditions in which I’d be willing to trade some of my depth.

Before proceeding, a second caveat is that if your team is in rebuild mode, you likely have sold off many or most of your older players already. That will limit the options that you have, but not entirely eliminate it as an option.

First and foremost, if I have players that only have a short window of utility, they are going to be easy sells. This should come as no surprise. If someone requires a useable player for a handful of weeks, and you have someone that is currently producing but only has a short window, you have a great match. This is a difficult category to recommend specific players. The easiest example is a player like Gardner Minshew or Teddy Bridgewater. Obviously, QBs are going to only be needed in SF or 2QB leagues, but the idea remains the same regardless of position and league settings. If your player has a limited window, I’d rather move them than let them sit on my bench. If the window opens and closes while they sat on the sidelines, a huge opportunity was missed. There is another type of short-term player that I’d be trying to move: aging veterans.

Aging veterans are likely the biggest “sell” for me. The list of players that fall under this category is enormous and almost every team will have a few of these players. I’m not saying that you need to trade all your veterans, nor am I saying that every veteran is worth trading, but there is value to be had in unloading veteran players before they either retire or become irrelevant. Some of the names by position that are worth moving are:

Now, I’m sure there are players on this list that you will think are untradeable because they have almost no value, and there is some truth to that. But, that will depend entirely on your league’s settings. The deeper the league, the more value there is to every one of these names. You won’t be able to sell all these players, but as we trudge forward through bye week hell, you may actually be able to find a trade partner.

This leads us to the final scenario in which I’m going to be looking to move players on my team. As I previously mentioned, owners will get increasingly desperate to make the playoffs. As each week passes, there will teams that emerge on the playoff bubble. They are either going to be hanging onto a playoff spot by a thread or clawing their way towards the final playoff spot. These are the best teams to target. If a bubble team has a player go down at a position where you have some depth, I’m trying to attack that situation immediately. Ideally, if you implement this strategy soon enough, you will be able to target a handful of teams. The goal here is to find teams that want “cheap production” to help their playoff push. They will likely be less concerned with the shorter window of fantasy production because their goal is to win immediately.

WHAT IS THE ASKING PRICE

So, what are we shipping these players off for? Well, that’s easy. Draft picks. It would be great if you can trade any of these players for a 1st round pick, but in most cases, that’s a dream at best. For most of the aforementioned players, the best return you can hope for is a 2nd round pick. And, likely, the offers you will receive are going to be lower. But, that’s ok. I ask you, would you rather have a 2020 3rd round pick or Randall Cobb? A 2020 2nd or Emmanuel Sanders? Jason Witten or literally anything? The chances that Cobb, Sanders, Witten, or any of these guys turn into something more valuable down the road is nearly zero. They will only depreciate going forward. If you can afford to lose some depth in the short-term, you will be pleasantly rewarded by the influx of youth and upside come draft day.

Now, there are reasons why you may not want to trade away some of these players for picks. Chief amongst them is if you are currently counting on their production to help you win and make the playoffs. And that is a very fair reason to choose not to move players. I can never fault someone for trying to win a championship. However, what I will do is recommend taking a hard look at your roster in comparison to the top teams in your league and see if you think your championship aspirations are realistic. If they seem to be a little far-fetched, perhaps revamping your roster with draft picks in a loaded class could help in the long run.

Hopefully, you can take advantage of the playoff aspirations of your opponents and acquire some draft capital for players that aren’t currently helping you. Our goal should always be to make our team better, sometimes looking further down the road right now can pay off huge dividends in the long run.