Some guys are trending up, but some have seen their value take a major downturn. Those are the guys we’re looking at today, and we looked at the value risers yesterday. 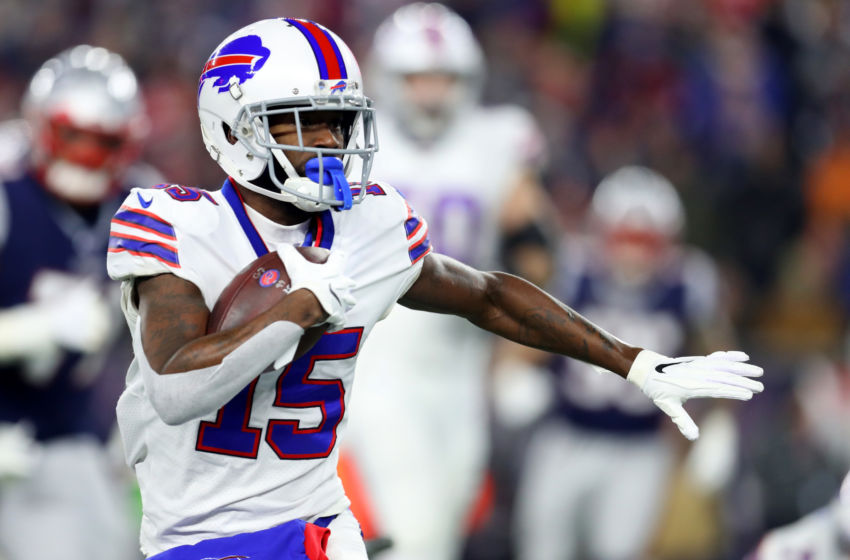 We are well into the second week of free agency, and we have seen a crazy amount of movement from names both big and small. Some guys are trending up, but some have seen their value take a major downturn. Those are the guys we’re looking at today, and we looked at the value risers yesterday.

We see it every single year that a player joins a new team, and they struggle for that first season before truly taking off. The players have to acclimate to the new system they’re playing in. The guys we’re looking at today took a shot to their value more because players were added or subtracted from their systems, and they’re going to regress as a result.

These are the guys that it’s going to be smart for you to try and sell them now if you think you’re going to be moving on from them by the end of next season. Trying to move them next year will become rather tricky because no one is going to give you the value you want. They may still be productive this year, but it’s not going to be what you’re hoping.

Quarterback Philip Rivers is gone, and the Chargers have said they’re going to be riding Tyrod Taylor as the starter for this season. Williams has been explosive, but he’s been extremely inconsistent with a career catch rate of just 57.5 percent. After scoring ten touchdowns during his sophomore campaign, he came down with only two last season. Williams doesn’t bring much after the catch, and that’s an issue with a quarterback in Taylor who averages just seven yards per attempt in his career, which is slightly inflated due to time before he became a starter.

With running back Austin Ekeler receiving a new contract, I’m expecting him, tight end Hunter Henry and fellow wideout Keenan Allen to all see a boost in their stock. They all operate closer to the line of scrimmage, as evidenced by their disparity in air yards compared to Williams. He’s still an explosive athlete, but I’m not expecting much out of him this season with Taylor under center.

Derrius Guice and his owners can’t buy a break. Through two seasons, he’s played just five games with 49 touches under his belt. He’s averaging over eight yards per touch, but the guy just can’t stay on the field. He finished the year strong with a big performance against the Carolina Panthers. Still, the team isn’t convinced he can do it over an entire season, which is why they added J.D. McKissic and re-signed Adrian Peterson, along with Bryce Love, who was already on the roster.

An issue I have with trying to acquire Guice is that you’re not going to be able to get him for the appropriate value. Everybody that has him is going to want too much for him. To draft him, you’re going to have to draft him much earlier than he deserves to go. I’m selling any shares of him I have with a big load of sadness on my shoulders.

After several years as a player with potential that couldn’t quite break out of the pack, in his first year with the Bills, John Brown finally emerged. He was Josh Allen’s favorite target with 115 balls coming his way, and he managed to maintain some deep ability with a 14.7 yards per catch average. Despite all of that, Brown still just got bumped down his team’s depth chart when Stefon Diggs came to town.

The presence of Diggs is going to make it easier for Brown in terms of assignments with who guards him. However, Diggs is also going to commandeer the majority of targets for this team. Diggs has had at least 84 targets in each of his five seasons, and he’s caught at least 67 percent of his targets in the last four seasons. I expect Brown to produce this year, but it’s just not going to be anywhere like he produced last season.

Just a month or two ago, Christian Kirk was one of my primary targets heading into next season. He was going to be in year two with a new coach and quarterback, and he was going to be fully healthy after dealing with a nagging injury throughout last season. Before Monday was even halfway done, all of the hopes that I had for him had been dashed by the DeAndre Hopkins trade.

On the one hand, I can see Hopkins making life easier on Kirk by taking on harder matchups, but he’s also going to take targets away from him. The offense is going to feature multiple options that will cannibalize on each other’s value, similar to the San Francisco 49ers backfield. Everyone can be useful, but I expect only Hopkins to be the one that’s good on a weekly basis.

What? The guy that finished as TE3 last season while catching 90 passes for over 1100 yards saw his value fall in free agency. Yes, he did. The Raiders have added two different tight ends in free agency after already having two decent options behind Waller in Foster Moreau and Derek Carrier.

I expect that wide receiver Hunter Renfrow is going to take a step forward next year. I find it highly unlikely that the Raiders don’t add at least one more pass catcher, outside of Nelson Agholor, in the remainder of free agency and the draft with the class that’s coming in. Waller is not going to see 117 targets next season, and it’s highly unlikely that he catches 76.9 percent of the balls thrown in his direction. Waller’s year was just so good that it’s going to be impossible for him to replicate.