The first week of free agency has come to an end, and we have seen a crazy amount of movement from names both big and small. Some guys are trending down, but some have seen their value take a major upswing. 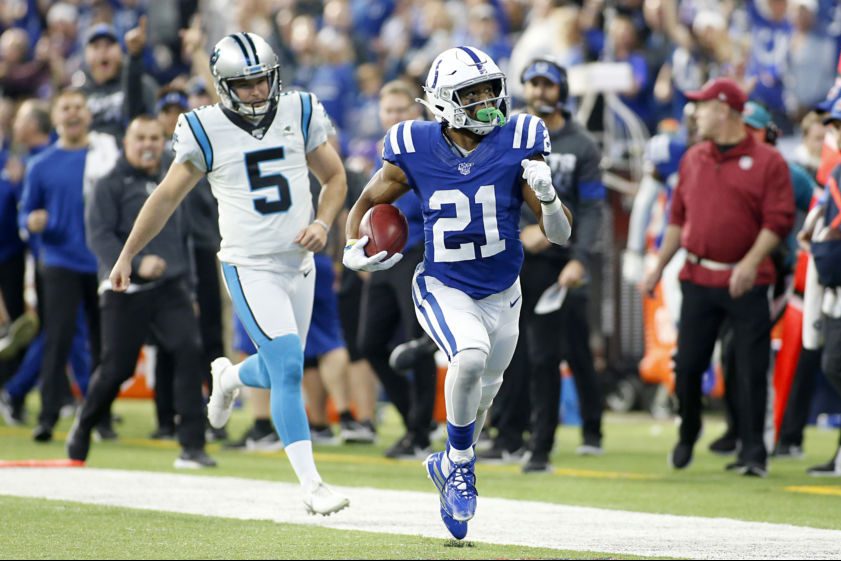 The first week of free agency has come to an end, and we have seen a crazy amount of movement from names both big and small. Some guys are trending down, but some have seen their value take a significant upswing. Those are the guys we’re looking at today, and we’ll look at the value fallers in the next day or so.

Players on new teams can take a year to get used to their new situation, but you can also see guys take a value boost that immediately pays off in their first year. Through two seasons with the Cleveland Browns, wideout Jarvis Landry has been a consistent PPR threat, as evidenced by his top 20 finishes over the last two seasons. I expect the guys we look at today to take major steps forward for the 2020-21 season and beyond.

It will be interesting to see how the Coronavirus impacts the NFL, but I’m operating under the presumption that the season will be played in full. We could see a shortened preseason and training camp, but I think we’re still going to get the regular season played under full conditions. For fantasy football, that is what concerns us. Enough chit chat. Let’s get into it.

Through two seasons as a starter, Jarwin has been growing with the offense, and he’s going to be the full-time starter at tight end after Jason Witten signed a contract with the Las Vegas Raiders, which makes absolutely no sense to me for either side in that deal. Jarwin has scored three touchdowns in each season, and he’s caught at least 27 balls for over 300 yards in each year.

With wide receivers, Randall Cobb and Tavon Austin, and Witten and their 190 targets gone, those targets have to go somewhere. Some will go to Amari Cooper, Michael Gallup, and Ezekiel Elliott, but Jarwin is going to get more volume simply because he’s on the field. He’s also played all 16 games in each of the last two seasons. With tight end being such a shallow position for fantasy football, I love the idea of getting Jarwin as a sleeper with a ton of upside at a cheap price. Oh, I forgot to mention, Dallas just signed him to a brand new four-year contract.

First thing’s first. Nyheim Hines is not going to be the second coming of Austin Ekeler. Ekeler is a legitimate RB1 that just pushed Melvin Gordon out of a job. Hines won’t be that to Marlon Mack, but he has an easy path to being very fantasy relevant. Hines is averaging 53.5 receptions per season through his first two seasons, and his new quarterback targeted running backs 174 times last season. For reference, Philip Rivers attempted 591 passes last season, which means that just over one-third of his passes went towards running backs.

The one issue you’re going to run into with Hines this year is going to be his usage. Through two seasons as the head coach, Frank Reich has leaned on Marlon Mack with a lead while using Hines primarily when they’re behind. I expect this Colts defense to be feisty and keep games close. If they choose to air it out more, which I expect to happen, Hines has a role as an every-week flex option with some serious upside in PPR formats.

Murray is likely going to be the most apparent player we talk about this week. Kyler Murray’s value has skyrocketed ever since GM Steve Keim stole, I mean traded, for DeAndre Hopkins. The three-time All-Pro gets added to a receiving corps that was looking for a true alpha to replace the aging Larry Fitzgerald. The Cardinals attempted 554 passes last season, but they had trouble generating consistent plays without an elite option on the outside.

Hopkins is going to give Murray a bailout option when he’s scrambling that he didn’t have last season. He’ll also give him an elite option in the red zone, as Hopkins has scored at least seven touchdowns in four out of the previous five seasons, including three that were double-digit scoring seasons. Murray is playing in an offense that’s going to air the ball out a significant amount, and I expect him to run even more this year after rushing for over 500 yards last season.

One of the more quiet options this year after being drafted in the top five last year is Baker Mayfield. The Browns team fell well short of lofty expectations, but they’ve gone to work to get this team headed back in the right direction. His receivers are going to be healthy, and they added tight end Austin Hooper, who was shredding the NFL before an injury last season. They’ve brought back running back Kareem Hunt as well, who was a great receiving threat out of the backfield for them late last season.

However, their two most notable additions have been far less sexy. They added right tackle Jack Conklin, arguably the best available tackle in free agency. New Browns head coach Kevin Stefanski, is the type of coach that can maximize Baker’s strengths by taking a lot of weight off of his shoulders. If you can acquire Baker for the right price with his owner being down on him after last season, I would snatch him up in a heartbeat.

The only thing that scares me about acquiring D.J. Moore this year is the price. He’s ranked as the number nine receiver in PPR among the consensus rankings, and some people have him even higher than that. The Panthers have added an offensive-minded head coach in Matt Rhule, along with the hottest offensive mind in college football from last season in Joe Brady to run this offense. Add in quarterback Teddy Bridgewater to give them a safe and consistent option under center, Moore’s stock is skyrocketing.

He’s scored just six touchdowns through two seasons despite securing 142 receptions. That means that he’s caught a touchdown roughly every 24 catches, and I expect that to go up next year with tight end Greg Olsen off to Seattle. Moore also operates closer to the line of scrimmage, as evidenced by the fact that he had 109 fewer air yards than teammate Curtis Samuel despite having 548 more receiving yards. Bridgewater operates close to the line of scrimmage with his throws, which is how they’ll design the new offense. Moore will be feasting all year.

20 Projections for 2020: Part 4- Ian Thomas
The Resurgence of Ryan Tannehill