Triple H’s: Hurst, Hooper, and Hope for the Future

Recapping the events of yesterday regarding Hayden Hurst and Austin Hooper, and how it impacts their dynasty outlook. 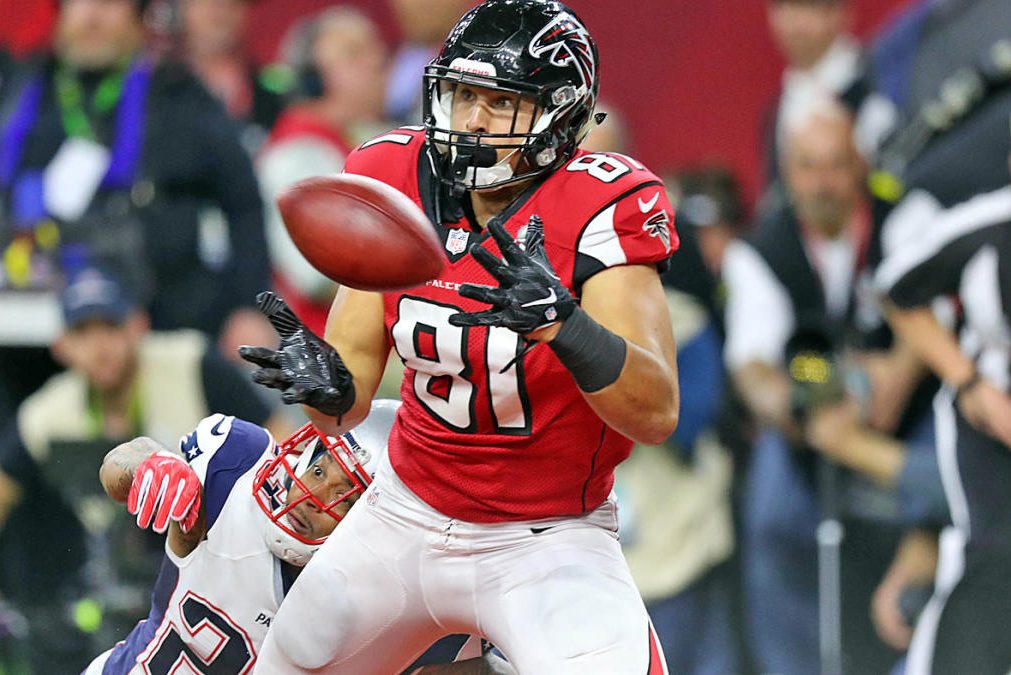 Yesterday was news filled from start to finish. Ranging anywhere from two all-star caliber Wide Receivers being traded to Marcus Mariota being signed by the Raiders. A lot took place and underneath it, all were two moves that, in large part, were overshadowed. Austin Hooper became the highest-paid Tight End in the NFL by the Cleveland Browns, which, in turn, prompted the Atlanta Falcons to go out and trade a 4th round selection to the Baltimore Ravens for Hayden Hurst. Consequently, the players involved have a new long-term outlook that needs to be discussed.

The Browns Did it Again

At last, we had something to chew on as Austin Hooper signed with the Browns for four years and a total of $42 million yesterday morning. As a result, Hooper became the highest-paid tight end in the NFL, but I don’t know what to think of this move.

Last year, Hooper broke out with Falcon posting career highs in targets, receptions, and touchdowns. He destroyed the previous numbers he put up in prior seasons as he was the second option in the Falcons offense, only behind Julio Jones. In addition to having a career year being the second option on a good passing offense, Hooper also had one of the ten best quarterbacks in the NFL, Matt Ryan.

Now since he departed the ATL, his situation at quarterback got worse if we’re being honest. The transition from Matt Ryan to Baker Mayfield last year was astronomical, but that’s not to say Mayfield can’t or won’t get better in the future that’s just where we are right now. I don’t know what will happen in the days following, but I do know that my worst fears were realized as this signing occurred.

Coming into the free agency period there were two things I feared for Hooper: going to a more crowded receiving corps and going to a scheme that didn’t utilize the tight end. For now, both fears have morphed into full-fledged monsters of the night and I’m hiding underneath my bed hoping, just wishing, something would get rid of them, however, I don’t see that happening in the least bit.

As of this moment, the Browns have added Hooper to a receiving core of Odell Beckham Jr., Jarvis Landry, and Kareem Hunt. You may remember last year and just how tough it was for OBJ (133 targets) as he continually struggled with inconsistent outings, and just how much Kareem Hunt was utilized in the passing game as he received 44 targets in 8 games. Did you hear that? He would’ve been on a 16-game pace of 88 targets, which is an incredulous amount for a running back.

We have yet to speak of the target hog himself, Jarvis Landry. In this prior season, Landry accumulated 138 targets off Baker Mayfield’s 534 attempts. That leaves a small percentage of targets leftover for Hooper considering the three Tight Ends involved last year (Ricky Seals-Jones, David Njoku, and Demetrius Harris) only received a total of 59 targets combined.

Additionally, his new Head Coach Kevin Stefanski doesn’t heavily utilize tight ends in his offense. As an example, last year with the Minnesota Vikings Stefanski oversaw play calling and the break down was quite like what you saw in Cleveland. Wide Receiver Stefon Diggs received a bulk of the targets (94) and Dalvin Cook was involved as well (64 targets). Even with Thielen hampered for a large portion of the year by a hamstring injury the Viking tight end, Kyle Rudolph only received 48 targets. Just as important is that Stefanski was more prone to running the football as Kirk Cousins only attempted 444 passes as opposed to Baker’s 534 attempts.

Again, I don’t know where Hooper’s targets will come from, and every fiber in my being is telling me to sell. I liked Hooper a lot as a prospect coming out of college, but I can’t justify telling you to hold or even buy him because I see a major decrease in production befalling him. I recommend trying to capitalize on Hooper’s newfound hype that is seemingly spread throughout all of twitter.

Up to this point, I’d say this article has been rather negative and not as hopeful as the title suggests, but here’s where things get a little perky. On Monday afternoon, the Atlanta Falcons, who had just lost Austin Hooper, traded for Hayden Hurst. This suggests to me that Atlanta is hoping he becomes their starting tight end and, while he’s a little bit older, Hurst is entering his third season in the league. For tight ends, this suggests a breakout is looming especially for 1st round selections (See: Jon Diment’s article on the tight end breakout below).

Until now, Hayden Hurst has been overshadowed by those at his position on the same team as him (Mark Andrews), but things are changing rapidly. He is now sitting atop the depth chart at tight end for Matt Ryan and the Falcons who have a long history of utilizing the tight end. For instance, in the last two years, Austin Hooper has received a total of 185 targets. Right now, outside of Julio Jones and Calvin Ridley there isn’t much going on in Atlanta, and it’s not crazy to think that Hurst can immediately absorb all the targets left behind by Hooper.

It seems crazy to say this, but I recommend going out and buying Hurst as I think he will be a top 12 fantasy option at tight end (yes, I’m aware it doesn’t take much to get there). As for what you should give up acquiring him, in one of the dynasty leagues (12 teams, standard scoring) I joined last year, I traded Zach Ertz for Hayden Hurst and the second pick of the second round. He will have a solid year in Atlanta, and you should consider acquiring him if you need a starting-caliber tight end.