Trubisky looking for a place to thrive

After four rocky years in Chicago, Mitch Trubisky is a free agent. Can he find a place to revive his career and deliver on his potential? 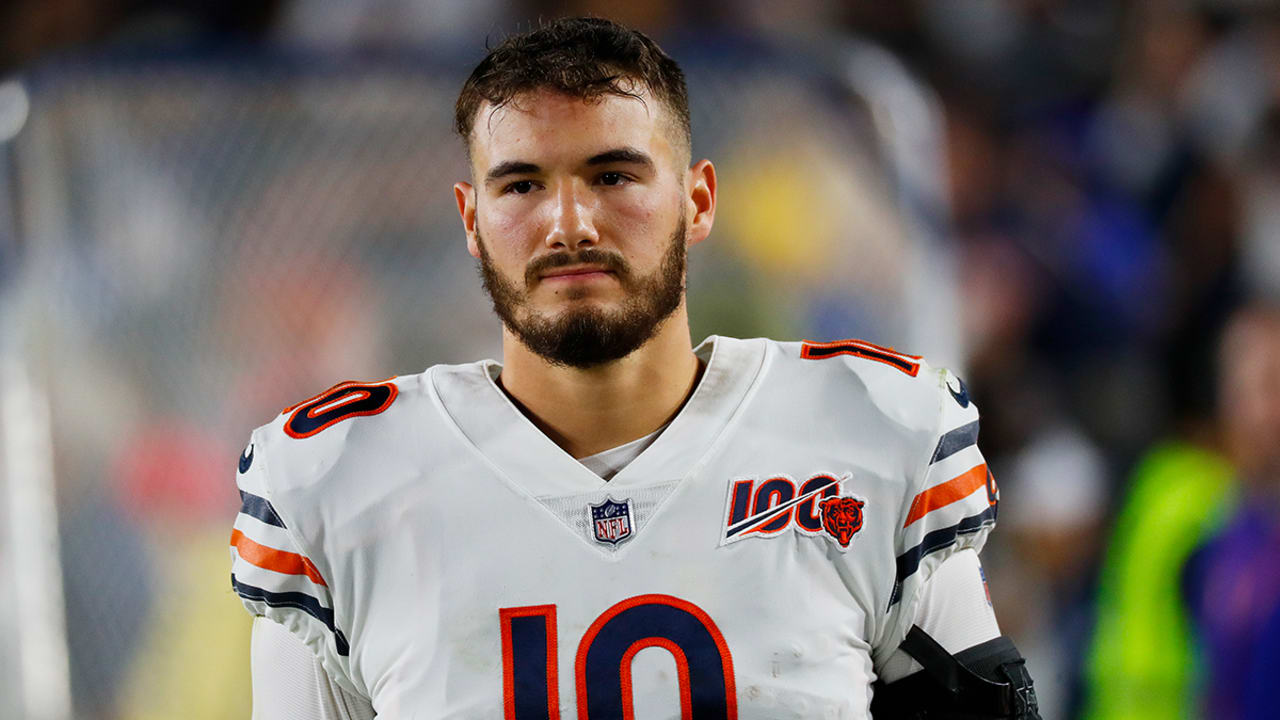 We’re on the cusp of a new league year and NFL Free Agency. While some players have made deals, and many are focused on what’s shaping up to be an impressive free-agent class, other NFL veterans are looking for their next place to play. For several free-agent quarterbacks, that means a place where they can compete and, perhaps, find a place to start over again.

The best recent example is Ryan Tannehill, who spent his first six years with the Dolphins. Before the 2019 season, Tannehill was traded to the Titans, where he figured to be a backup and competition for Marcus Mariota. When he got on the field, Tannehill went 7-3 and guided the Titans to the playoffs. He earned a contract last off-season and is now entrenched as the starter.

Could the same path be available to Mitch Trubisky? Where he lands in the next few months will likely determine his opportunity.

Trubisky was a lightning rod from the moment he was drafted, when the Bears traded up to snag Trubisky with the No. 2 overall pick in the 2017 draft. It wasn’t a popular pick at the time and became less popular with fans as Patrick Mahomes, taken No. 10 by the Chiefs, and Deshaun Watson, taken No. 12 by the Texans, began to thrive on the field, guiding their teams to post-season success.

Trubisky will be forever linked to those quarterbacks, and while his play hasn’t reached those heights, he was successful in Chicago. Trubisky started 50 games in four seasons, going 29-21 and making the playoffs twice, including in 2020. Last season, the Bears brought in Nick Foles to compete with Trubisky. Foles took over as the starter in Week 3 versus the Atlanta Falcons. The Bears were 2-0 at the time, and Foles’ win pushed them to 3-0. Foles started the next seven games, going 2-5 in that stretch as the Bears dropped to 5-5.

An injury to Foles pushed Trubisky back into the starting lineup, where he got hot, and the Bears finished 3-1 to end the season, making the playoffs. Trubisky threw for 2,055 yards and 16 TDs in 2020. In four years, he’s thrown for 10,609 yards and 64 TDs with just 37 interceptions. While his time in Chicago appears over, the question is if he can find a chance to thrive by going to a new situation.

Trubisky seems like an ideal candidate to come in and provide competition and an option for a team with an unproven young quarterback. There are two situations where he has the potential to thrive. The first is with the Miami Dolphins.

The Dolphins have Tua Tagovailoa, who was drafted No. 5 overall in the 2020 draft. The Tua figures to be the starter if the Dolphins don’t make the rumored trade for Watson. Last season Tua split time with veteran Ryan Fitzpatrick, and the team fell just shy of a playoff berth. But the team seemed to lack confidence in Tua down the stretch, turning to Fitzpatrick in big moments, including against the Las Vegas Raiders in a must-win game in Week 16. Tua finished with a 6-3 record as a starter, throwing for 1,814 yards and 11 TDs with five interceptions. He added another 109 yards rushing with three TDs.

Fitzpatrick is a free agent who has said he plans to play in 2021. The Dolphins may bring him back to play the same role he did in 2020 with the Dolphins. It is also possible the team trades Tua to Houston as part of a deal for Watson. But if Tua remains and Fitzpatrick doesn’t return, the team will be in the market for a veteran quarterback. That makes it an ideal spot for Trubisky. Mitch isn’t likely to be pursued as an outright starting option by teams this off-season. He brings veteran experience and potential to the quarterback room, and his 2020 performance with the Bears shows he can come in off the bench and win games for a team with playoff potential.

Broncos’ General Manager George Paton said the Broncos would bring in real competition at quarterback this off-season. While Lock will be given a chance to prove he can be the Broncos’ starter, the team wants a viable option. Trubisky, who has 50 starts under his belt, provides that veteran option. He is also familiar with Head Coach Vic Fangio, who served as the Bears’ defensive coordinator in 2018 when Trubisky went 11-3 as a starter, guiding the Bears to the playoffs.

What is Trubisky’s fantasy value? Even in his best season, 2018, Trubisky was a QB2, finishing as QB15 overall. Last season, Trubisky finished as QB11 from Week 12 on after resuming the starting role for the Bears. In the right system, given the right opportunity, he can be a viable fantasy option, particularly in Superflex. But what is his value this off-season? This is the time to grab Trubisky and stash him, particularly in Superflex. He is an under-the-radar option in the right landing spot who could provide a decent return to those who roster him. Trubisky won’t go somewhere as a clear starter, but his 2020 performance shows he still has value if he gets a chance to play.