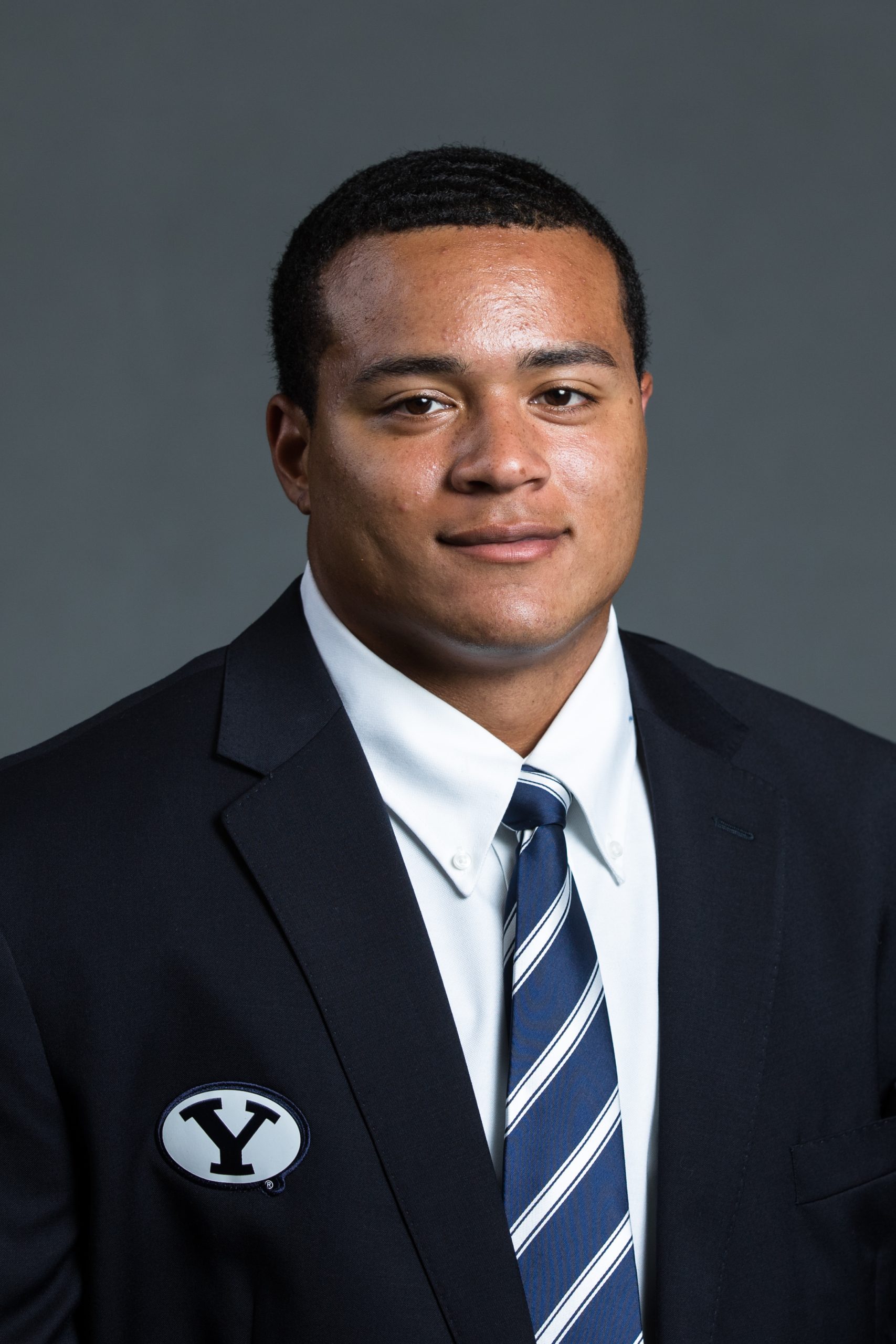 There might not be a single thing that a football coach loves more than when a player has the football IQ to play different positions. Football is more than just a violent sport. The nuances make it the highest level of chess. Tacticians using bodies to try and score points. Brutal sport.

That doesn’t mean that the most physically gifted automatically thrive. No, but the ones that combine their athletic ability with IQ create something special on the field. Tyler Allgeier is everything a coach can ask for physically and mentally.

Sometime in the three years at Brigham Young University, the head coaches and Allgeier found his true calling. It was playing running back. He had to bounce around before realizing that was his position best suited for his talents. In his freshman campaign, he played zero defensive snaps but wasn’t exactly a focal point of the offense. As a 0-star recruit coming into BYU (according to 247sports.com), there was no hype on Allgeier. He had nine rushing attempts for 49 yards and zero touchdowns in 2018. (stats according to sports-reference.com)

In his sophomore season, the coaches decided to mess around and played Allgeier at linebacker in addition to his running back duties. He had 17 rushes for 119 yards on the offensive side of the ball, and Allgeier racked up 19 solo tackles, seven assisted tackles, and one forced fumble. (stats according to sports-reference.com). There was good reason to think he would have thrived playing defense with his size and speed. However, his real calling would be on the other side of the field. As a result, the coaches would stop having Allgeier on the defensive side of the ball after the 2019 season.

What drew me to Allgeier? First, it was the man at the helm of the BYU offense. As a Jets fan, I had to see how much I liked Zack Wilson. The kid is good. I mean, the New York Gerber Baby with a rifle has “It.” What caught my eye watching these games was their play-action success. With a combined equation of a good quarterback, good play-calling, and an excellent running game, BYU had lots of success in 2020.

Allgeier had 150 attempts for 1130 rushing yards and 13 touchdowns (stats courtesy of sports-reference.com). He was their main guy, but they also worked in plenty of other backs to spell him. Sharing time at the college level can be viewed as a bad thing. I see it as a good thing. We never want our running backs getting chewed up and spit out before they even hit the league. Ideally, we would like to see enough to know if they are the real deal. Who cares about their college success? Just give us the fantasy points, and you can keep the change, ya filthy animal. I joke, but honestly, Allgeier has the right amount of work that I am in on him so far.

We get the benefit of seeing him perform with NFL talent, but it’ll be in 2021 where we will see what Allgeier can do. Will Allgeier break 1,000 yards and ten touchdowns without Wilson at quarterback? I believe he will pass the yardage barrier. Almost certainly, the system will change without Wilson there. Because of this, I have my doubts about the touchdowns because the offense won’t be as explosive.

What made Allgeier successful last season? It’s when the offense is spread out with three wide receivers, and Wilson has the offense humming. Allgeier would get wrapped up in the backfield occasionally, but no matter what, it felt as if he was due for an outside zone, home run touchdown once a game. When the offense is stacked up for short yardage, Allgeier has serious problems. He did not find the tiny cracks in the line and did not move big boys backward a few yards. Allgeier’s struggles in short-down territory hurt him at the goal line at the next level, but more than that, this makes him very system-dependent. BYU ran a lot of shotguns and pistol formations. Lucky for Allgeier, many teams in the NFL run out of the shotgun formation, but he will likely need a bread and butter fit to succeed at the next level.

Running backs are king. If you can get one cheap and reap the rewards down the line, there is no better practice. I absolutely can’t shake this feeling that Allgeier would be a Day 3 draft pick, and his stock from day one would be dim. I would genuinely hope he would land with an offensive genius like Kyle Shanahan with the system tailor-made for any RB to thrive. Allgeier can produce similar to Jeff Wilson Jr. in the right situation.

Banking on the perfect scheme is silly practice. Odds are he will be buried on the depth chart that he finds himself on and will have to work his tail off for an opportunity. I can see someone dropping him and getting impatient with his timeline. That is when we strike. Do not overpay for Allgeier today is all I am saying. No need to pay today for something that can be free tomorrow. If you do, make him an add-on in trades not focused on him. I’m rooting for Tyler, but I can’t shake this Alfred Morris vibe, and Alf needed RG3 to explode for a single season. We would be fortunate if he is Alf 2.0, but Morris had the perfect situation for his skillset.

Thanks for reading my Devy breakdown of Tyler Allgeier. I plan on doing one Devy write-up a month, and possibly come the season, I may bust out two a month. I got Dynasty write-ups coming out often along with strategy pieces, but I will always keep you on your toes and never repeat the same routine. I’m new to writing Devy, this was my first write-up, so I hope you enjoyed it. Keep an eye out for the next piece.