Tyler Johnson is one of the top WRs in the 2020 draft. @reflipewthenuz is here to break down his tape and dynasty outlook. 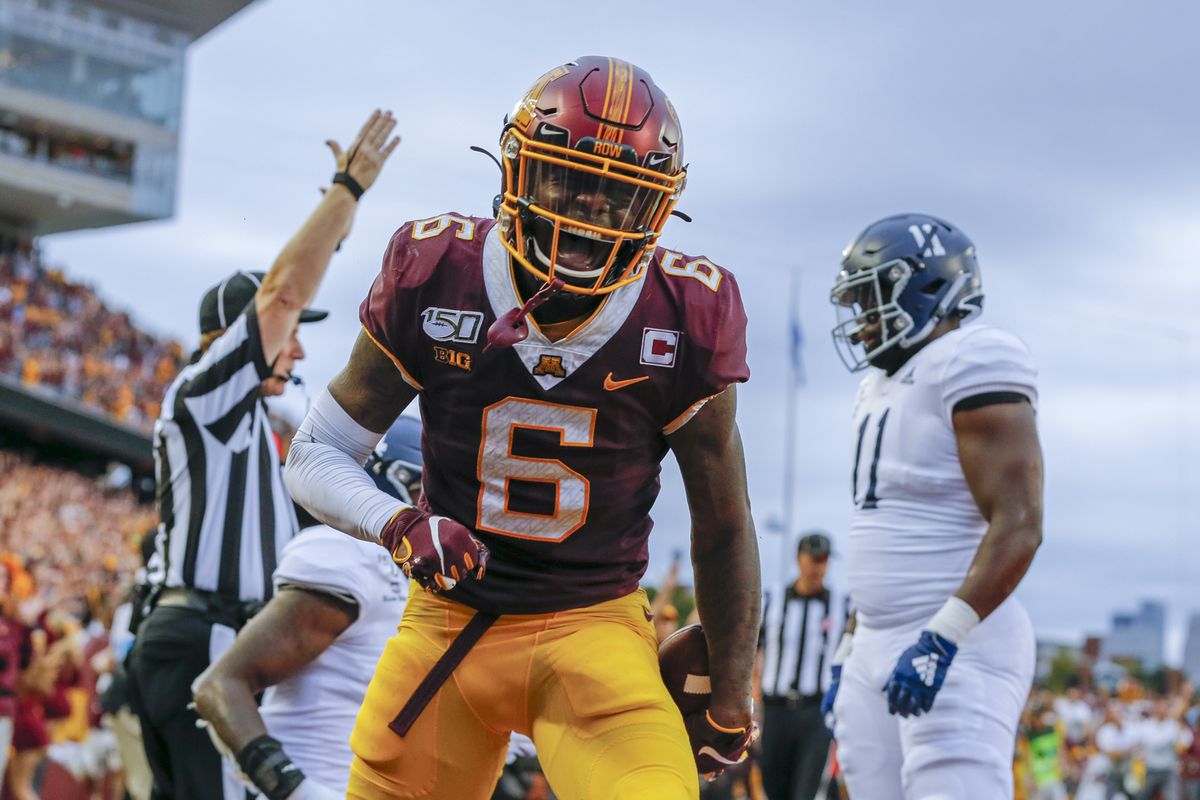 For my money, Tyler Johnson is the best senior WR in the 2020 draft class. The former 3-Star Recruit out of Minneapolis North High School chose his hometown university over the likes of Wisconsin, Iowa, and others. He brought a unique perspective with him to Gophers having been a successful high school QB. Despite his immense early success, he did not lose his humble demeanor. You can see what type of kid he was from this high school interview below.

The Minnesota Senior is one of the most polished route runners in the entire draft. He is more smooth than explosive when running his routes. This is not to suggest that he is slow by any means. He does well after the catch but truly excels when setting up defenders with his route running. In the routes below watch how he uses his feet and technique to create separation immediately off the line of scrimmage.

Johnson will bring added value to his NFL team by being adept both on the outside and in the slot. He is completely comfortable when operating in traffic over the middle or on the outside. Unlike some players like Tee Higgins for example, Johnson does not specialize in one particular area or position. He is capable of being a moving chess piece. He is able to find the soft spots in zone coverage and provide a big safe target for his QB. You can see some examples of his slot work below.

While he is comfortable in the slot he is equally adept at making plays on the boundary. Johnson has shown on numerous occasions that he has the ability to go up over defenders and use his 6’2 frame to make plays outside the hash marks. One of the things that stuck out to me when watching the film on Johnson was his ability to track and make over the shoulder catches as you can see below. Keep an eye on how he maintains his feet while making these difficult plays.

One final area that stood out to me when watching Tyler Johnson’s film was his ability to climb the ladder. Johnson is very good at using all of his 6’2 length and leaping ability to sky over the top of smaller players and pluck the ball out of the air. When you watch his film he routinely makes plays like this on the boundary, in the endzone, and over the middle. You can see below various examples of him using this particular skill.

Throughout the course of my film study of Tyler Johnson, I had a hard time finding any glaring weaknesses. He has great size, speed, and production for the position. He more often than not tends to be a hands catcher who doesn’t allow the ball to get in on his body. He made plays from literally every receiving position on the field. If I had to nail him on an area perhaps it would be that he doesn’t possess top-end speed. That is not to say that he is slow but he tends to win with his technique rather than simply being the fastest man on the field. He could also use some refinement when it comes to his run blocking, although he is not unwilling in that area either.

I must say that I did not anticipate coming away from this a big fan of Tyler Johnson. The Golden Gopher was above average in nearly every facet of his game from my review. He has everything you could want in an NFL WR. With the likes of Ceedee Lamb, Jerry Jeudy, and others coming out in the same season Johnson is likely to slip in both the NFL and dynasty drafts. I would anticipate him going somewhere in the 2nd round of both if I were to wager a bet. He will certainly be one of the players that both film guys like myself and analytics guys can agree on. With a breakout age of 19.4 and a target share among the highest in the nation Johnson is indeed a quality prospect. When reviewing his tape the player that jumps out to me is Keenan Allen. They are of a similar build both win with technique rather than pure physical tools. I give Johnson my highest seal of approval and encourage you to follow him throughout the draft process.