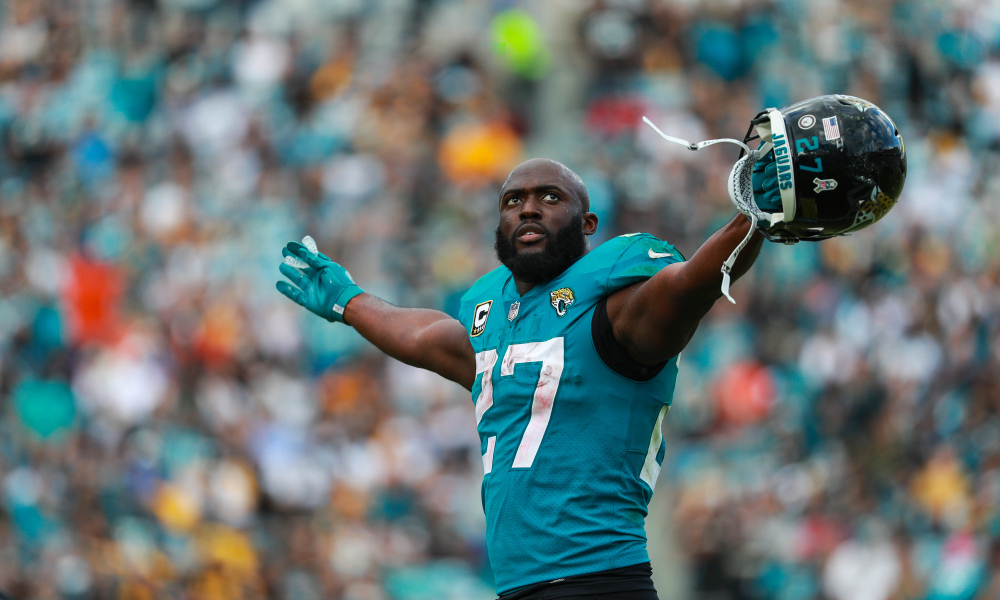 After a relatively strong rookie season in 2017, interest in Fournette has seriously cooled off due to the Barkley effect. Fournette was all the rage heading into 2017 and had a decent campaign, totaling 1,040 rushing yards and 9 TDs, along with 36 receptions in only 13 games.

Since then, perception of Fournette has vastly diminished and there’s almost a taboo surrounding him now. The injury concerns have become prevalent and are a genuine concern (particularly the ankle issues), and his seemingly poor relationship with Coughlin seems to add to the unease. However, despite those concerns, I think Fournette is due for a big bounce-back season in 2019.

Under the current Dynasty Nerds Rankings, Fournette’s ranked as the 35th best player with a low of 49th. He’s reaching a territory that is quite affordable for teams that are competing and in need of 1 extra RB to seal the deal.

I firmly believe that Fournette is currently in the best situation of his career yet has the lowest ADP of his career. I’ve spoken in previous Jaguars articles about the improved offense in general. Foles’ arrival combined with Cam Robinson, Andrew Norwell, Brandon Linder, and Will Richardson all returning to full health, as well as the addition of Jawaan Taylor, all mean that the Jaguars run game and overall attack should be far better than in 2018.

Furthermore, Fournette also has the least competition for touches in the Jags backfield that he’s ever had. Yeldon moved on to Buffalo, Carlos Hyde moved to Kansas City, and Corey Grant is currently on Green Bay. With Alfred Blue and Ryquell Armstead as the only additions to the backfield, Fournette should see a boatload of touches.

Another notable addition is the hire of John DeFilippo as the Offensive Coordinator. DeFilippo is well known for being one of the most pass-happy OCs in the league. He was essentially fired by the Vikings for being too pass-happy with a 65.9% pass rate from weeks 1 to 14. There’s a real chance that Fournette, therefore, sees the most targets he’s ever seen and in PPR leagues he should have a high floor regardless of if the Jaguars are losing. Alfred Blue is a terrible pass catcher and Ryquell showed limited receiving ability throughout college. DeFilippo and Foles have also highlighted Fournette as the focus of the offense. DeFilippo said, “We’re really looking forward to Leonard having a big year. I’m going to call it what it is: He’s going to be a major reason where our offense goes.”

I’m certainly wary of his chances to get injured given an increased workload but I’m happy to take that risk. I also think there’s an above-average chance that the Jags move on from Fournette following the 2019 season or bring in some competition in the stacked 2020 RB class, so I’d likely only look to make an acquisition for a contender this year, despite the fact he’s only 24. His situation in Jacksonville is precarious so that makes me hesitant to project his long-term value. For now, he can certainly be an RB1 this year and is not being drafted or ranked as such.

Back in a Flash: Josh Gordon’s reinstatement and what it means to your fantasy team
Dynasty Deep Stashes – NFC South