Uncle Will: The Forgotten Rookie 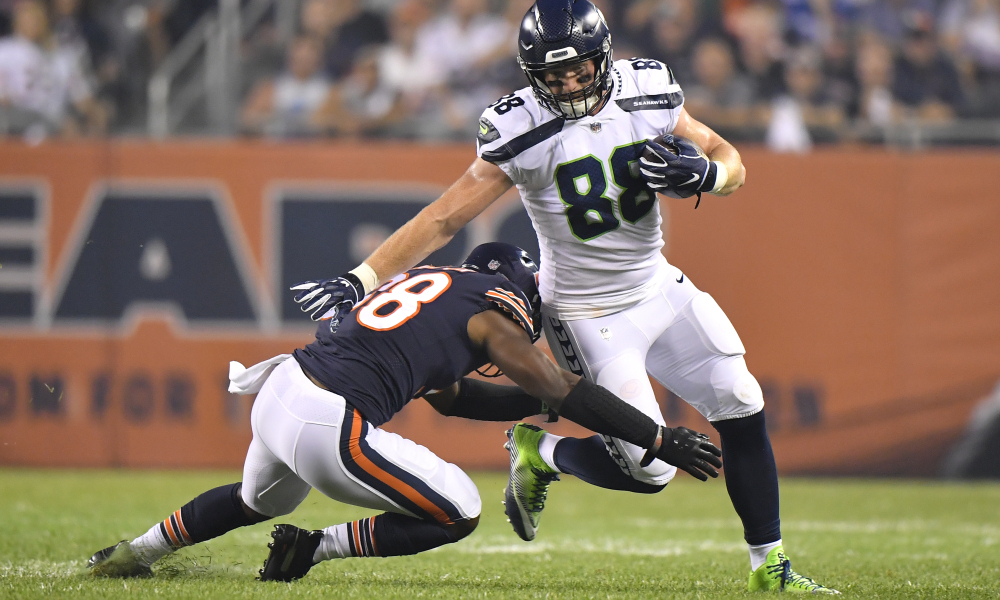 Unfortunately known by his teammates and coaches as Uncle Will due to his declining hairline, Will Dissly’s game is certainly not receding any time soon.

The beginning of Dissly’s career got off to an astonishing start. After being initially projected as strictly a blocking TE, Dissly quickly became a trusted target of Russell Wilson. Dissly had 150 yards and two TDs in the first three games of his career before suffering a patellar tendon injury in his fourth game against the Cardinals. In those initial three games, however, Dissly proved that he was far more than a blocking TE. He displayed impressive athleticism and run-after-catch ability. In particular, against the Denver Broncos in his first game, he shed numerous defenders to pull away for a 66-yard TD.

This perplexes me. His injury, although bad, is the same as what Jimmy Graham had in 2015. Except, Graham’s injury occurred much later into the 2015 season, and he was still able to return in 2016 and play all 16 games for the Seahawks.

Sure, it’s still a serious injury, but I think people have forgotten what Dissly showed in his brief rookie season. We already knew he had the blocking ability, but he proved in that window that he has the receiving ability to make a mark in the NFL. Seahawks.com has already stated that he will have a big role in the offense this year, and it’s easy to see why. Russell Wilson is lacking targets outside of Tyler Lockett, and his competition at TE is hardly elite. Ed Dickson and Nick Vannett have both shown very little when given the opportunity.

Currently, in Dynasty rankings Dissly is the 36th ranked TE. As a low-end TE3, he can be bought for cheap. As a forgotten player in most minds, I wouldn’t be surprised for Dissly to produce high-end TE2 numbers next year. That makes him a certain buy in my mind.

See all Dynasty and Rookie Rankings…

With Baldwin leaving over 70 targets behind and the unlikelihood of Vannett/Dickson replicating their 40+ targets, there’s going to be countless chances for Dissly to contribute. Metcalf will likely eat some of those targets but the opportunity here is undeniable.