Reliable and dependent, Kirk Cousins is a perfect asset for any Superflex team looking for affordable depth or better assets at other positions in a startup. 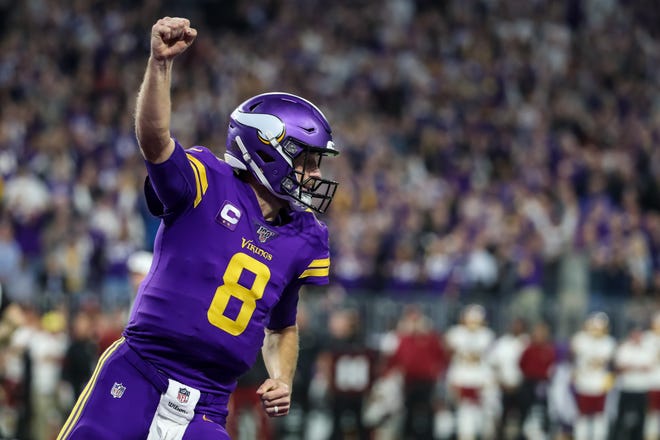 There are only two quarterbacks with six consecutive top-15 seasons these last six years: Russell Wilson and Kirk Cousins.

You are reading that right. Wilson (who is talked about in the MVP conversation season after season) and Cousins (who is not).

Yes, there have been some other QBs in that time period that have been more efficient overall when healthy. Still, if you are looking for a QB with a combination of production and reliability year after year, there are only two names that fit the bill: Wilson and Cousins (Matt Ryan is a close third with the only outside top-15 season coming in at QB19).

As the next generation of QBs has come into the league the last four years, guys like Wilson and Cousins continue to fall down draft boards. Currently, in Sleeper, Wilson is the 8th QB being taken in dynasty mock drafts, while Cousins is QB20. If you set the filtering to 2QB, Cousins has an ADP of 150.8 (or pick 13.06 in a 2QB, 12-team startup).

But when it comes to running a successful Superflex team, you need to have two productive QBs on your side, making sure you are keeping up with your opponent week-in and week-out.

Here is why Kirk Cousins should be a mid-round target in startups or a trade target for already established leagues.

In current dynasty mock drafts on Sleeper, here are some noteworthy ADPs:

Meanwhile, here are the last 6 seasons of dynasty football with these 6 QBs charted out:

There are some reasons for the dips seen in a few players on this chart, like injuries and limited playing time. The chart shows how consistently Cousins has been scoring for fantasy owners for six straight years.

Cousins has outscored Stafford every season from 2015-2020. He outscored Baker Mayfield all three years the Browns QB has been in the league. He has been within 50 points of Russell Wilson’s scoring in four of the six seasons.

“But having Russ is better,” you say. “Russ has scored more points,” you insist.

Well, sure. Russell Wilson has consistently scored more points and has a much greater capacity for a breakout game. But did you realize how closely behind Cousins is to Wilson?

Yet, Wilson is being drafted almost 73 slots higher than Cousins in mock drafts!

Cousins is only 3 months older than Wilson. Cousins has actually played in one less game than Wilson in the six years. Yet, his numbers are not as mediocre as the general talk around him supposes.

When we talk about value, there is another substitute we can add-in. Here are running backs, wide receivers, and tight ends with ADP similar to Wilson and Cousins:

Taking Wilson in your draft right around pick 50 means you are passing up on an RB2, WR1, or a top-5 tight end pick. Should Wilson be ranked higher than Cousins? By all means. But when you can get high-end RB/WR/TE value in Wilson’s area, there is a sensible strategy in waiting for the next tier of QBs like Cousins.

Wilson and Cousins have been the most consistent quarterbacks as far as production and availability have gone every season. They have both avoided any injury that would make them miss significant time while still giving top-15 numbers every single year.

Let’s look at a different comparison. Yes, there is a major age difference, but Kirk Cousins is getting drafted 40 picks (nearly three and a half rounds) later than Baker Mayfield, even though he has outscored him every single season of Baker’s career.

Here are their two lines for the 2020 NFL season:

Is Mayfield really three and a half rounds better based on youth alone, or are we still drafting Baker so much higher because of the potential there? We are headed into year four of Baker’s career. It isn’t all that common to see a quarterback consistently become 50-80 points better this established in their career.

Here is a chart with several top ADP QBs being mocked that have played more than three full seasons in the NFL. Notice how clustered the lines stay from the start of their career through their fourth season (Watson’s low first year was his shortened rookie season where he only started 6 games).

For my money, I would be hesitant to be jumping on Mayfield in a startup when there are guys like Tannehill, Stafford, and Cousins sitting several rounds behind him that have shown that they can often times outscore the 2018 first overall pick. Youth has its upside, but Baker’s ceiling doesn’t feel as high as it used to be. Meanwhile, Cousins is consistent, dependable, and available, and he has been that way ever since he had a starting job in the league.

If you are in a Superflex league, a consistently healthy and productive player like Kirk Cousins is exactly what you should be looking for in your second quarterback. Someone that stays on the field provides valuable points week-in and week-out and allows you to find better value at other positions.

Superflex leagues bring quarterback value to a more even playing field with receivers and backs, but it doesn’t completely trump their value. You still need strong production from your skill groups if you are going to compete for a title. Putting all your eggs into the QB position early in a startup draft will result in some very lackluster receivers and backs on your roster.

Your team needs stars to win, but it also needs depth and reliability. Injuries happen constantly. There may be an extra regular-season game next year. Trading smaller assets for Cousins has huge benefits in the battle of a long season.

Don’t sleep on Cousins. He is the exact type of mid-late round draft pick or low-cost trade target that provides what you need from his position so you can aim at stars everywhere else on your roster.

2021 Rookie Profile: Demetric Felton – Wide Receiver
Can Carson Wentz beat the odds in 2021 and take you to a title?