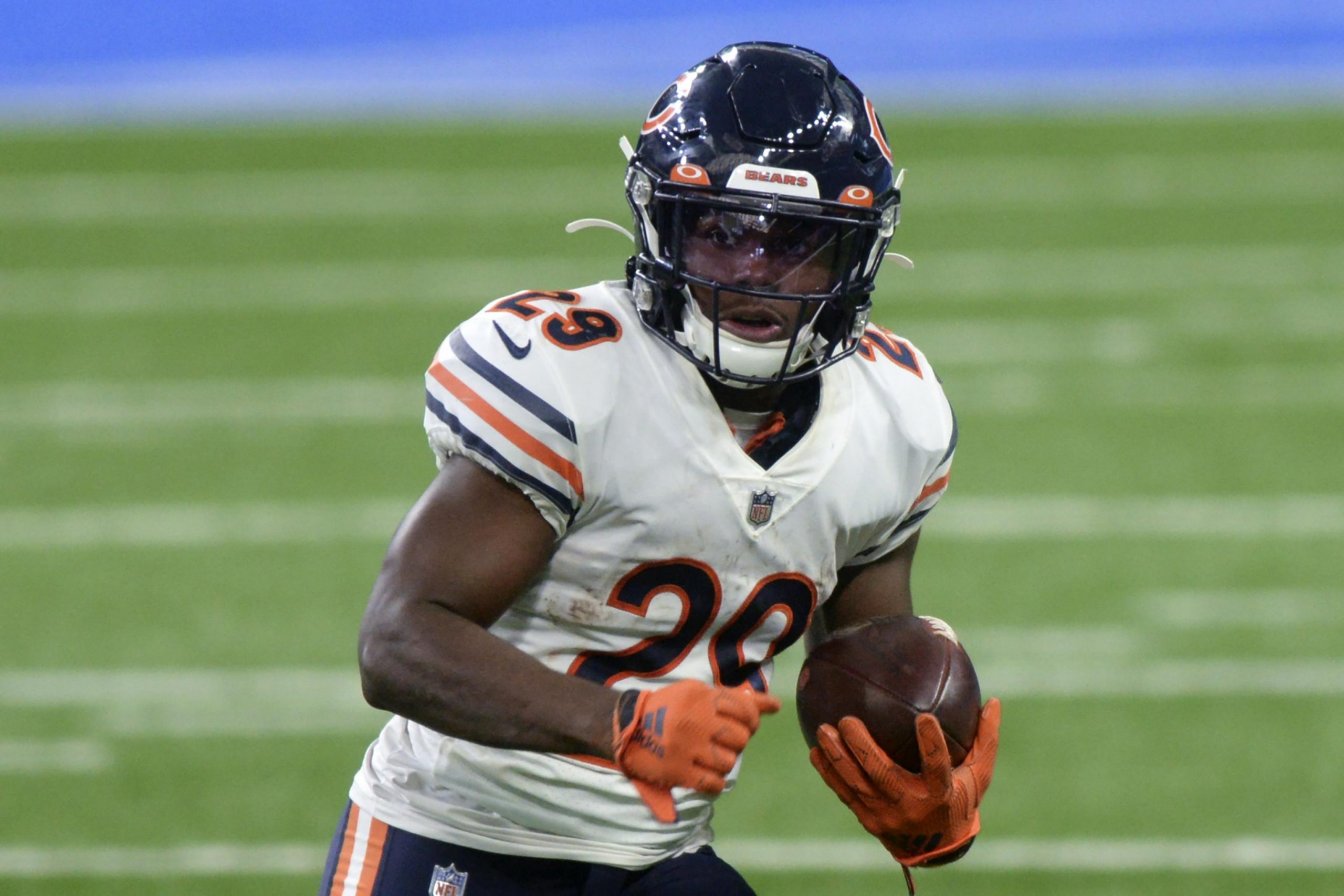 I have been participating in a number of start-up mock drafts on Sleeper this offseason to get a feel for where players are getting picked. Where are the minds of the passionate owners who mock draft in the dead February season? Dynasty never sleeps.

I have noticed one trend: players who were injured or missed the 2020 season are getting undervalued in these mocks. For example, Courtland Sutton and Odell Beckham Jr were in the top 20 wide receivers in ADP before last season. They are currently WR44 and WR45 in PPR mock drafts on Sleeper. After their last full season (2019), they ended the year 19th and 25th in PPR scoring.

Likewise, Austin Ekeler is sitting at RB15 in mock draft ADP when he finished the 2019 season as the 4th best back in PPR. He still managed to finish 26th in PPR in 2020 after missing 6 games; he was 12th in PPR points per game.

Even more egregious than these examples is the current ADP of Chicago Bears running back Tarik Cohen. In Sleeper mock drafts, Cohen currently falls in at RB43 with an ADP of 101.8. He even sits at RB38 in Dynasty PPR rankings on Dynasty Nerds with an average overall ranking of 131.

While he may only be a flex position running back, Tarik Cohen is undervalued. You should be looking to draft him higher in startups or acquire him from an owner undervaluing him. He is a reliable flex option who can pay dividends to the savvy owner who recognizes this.

Let’s take a look at Cohen’s first three seasons in the league:

In Cohen’s first three seasons he continued to be involved in the Bears offense. He finished in the top 11 in running back targets every year. Oftentimes, the opportunity is more important in dynasty than overall potential. Cohen has constantly been involved in his team’s game-plan.

In 2018 and 2019, Cohen played nearly 50% of the Bears offensive snaps. Matt Nagy loves having a change of pace in his offense. Defenses have to pay attention to an explosive back like Cohen. I can’t imagine when he is back to full health that he will lose playing time.

Unless the Bears address the position via draft, Cohen is set to be the number two back behind David Montgomery. Cohen did have the ACL injury in 2020, but he also signed a three-year extension with the team before his injury. The Bears still want Cohen to be involved in the offense moving forward.

Montgomery finished the season strong, establishing himself as a top RB. Matt Nagy and the Bears have shown in the past that they do not prefer to go with a workhorse in the backfield. Even after Cohen went down, the Bears still gave Cordarrelle Patterson 64 carries last season to Montgomery’s 247. If Patterson was getting a share, I can’t imagine the Bears not going back to the well with Cohen in 2021.

I fully expect that Cohen is a major part of the Bears game plan. Even with a healthy Montgomery as the RB1, Cohen will be getting plenty of targets and chances to touch the ball next season.

An argument can be made that Cohen was rather ineffective in the first two and a half games of the Bears 2020 season before going down with an injury. In the shortened season, Cohen only had 17.5 points in PPR format and saw under 40% of the offensive snaps he was healthy for.

Cohen will also turn 26 this summer. While not over-the-hill, it is getting towards the twilight years rapidly for an RB. Add on an elusive and explosive back like Cohen needing to come back from an ACL injury, and the dynasty value of Cohen is understandably in a bit of question. But should he really be in the early to mid-40s in mock draft ADP?

Cohen is currently sitting just behind Matt Breida in Sleeper PPR ADP. Breida (who has played in 55 career games over four seasons) has never finished as a top 25 RB in PPR and has only finished top-45 PPR RB once (26th in 2018). This is the type of running back taken before a player that finished 30th, 11th, and 27th in PPR scoring from 2017 to 2019?

History shows that Matt Nagy likes getting Cohen involved in his offense. The coach has made it a point to get the ball in his hands at least 8-10 times a game. With 264 career rushes and 275 career targets in 51 games, Cohen has the ball come his way 10.57 times a game, on average. Opportunity is essential to dynasty success, and Cohen consistently gets his chances.

I would never suggest that Cohen is set to be a sure RB1 or RB2. He is a reliable flex that gets plenty of opportunities in the offense he plays in, with the potential to break out any week. In PPR, he scored over 10 points in 22 different games from 2017-2019. CHe also scored over 15 points in 12 games in the same span. Taking a player like him with great flex upside makes a lot more sense than a handcuff or backup that you hope has an injury to someone ahead of them in the depth chart.

If Cohen comes back fully healthy and returns to the amount of involvement the Bears had for him in 2018 and 2019, I have a hard time believing that Cohen should be getting drafted after 130 different PPR format players.