One of the most versatile WRs in college football has struggled with poor QB play and injuries in 2019, but you mustn’t write him off in 2019 draft season. Shenault can do so much that very few WRs can. Sammy Watkins 2.0? 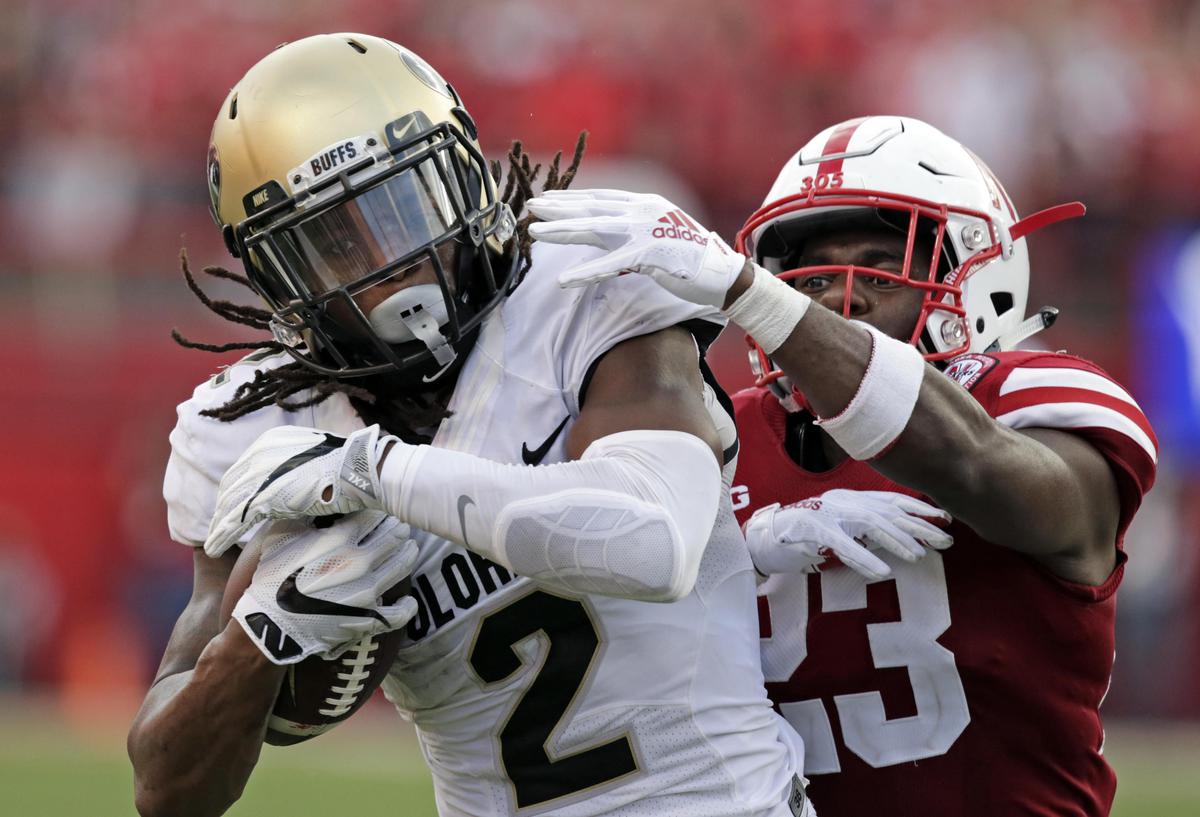 The 2018 season had me fangirling like a Justin Bieber fan circa 2010. Laviska Shenault had all the makings of the next great WR prospect. I loved his unorthodox game and was enthralled to see what he’d do each snap.

The 6’2”, 220-pound Colorado WR just looked different. He had the routes and speed of a Sammy Watkins prospect, yet once the ball was in his hands, he would turn into a bowling ball RB. He was able to truck guys at will, but could also shift away from tackles and make contested grabs. All of that lead to an extremely productive campaign totaling 86 receptions for 1,011 yards and 6 TDs…..in just 9 games.

For such a big physical wideout, I also loved his ability to be effective on fly sweeps and run action. He had such a versatile game that you don’t see too often. As you’ll see from the stats below, 2019 hasn’t followed quite the same path….

If you had asked me a few months ago, I would have said without a shadow of a doubt, that I want him on all my Dynasty rosters a year from now. Yet, he hasn’t quite reached the same production so far this year. Through 6 games he only has 25 receptions and 342 yards. In 2018 he had the most yards per route run in the entire PAC-12. Now, he’s only getting around 4 receptions per game.

It’s a major concern to see such a step back. I still believe and I’m still crushing as there are some valid reasons for the decline; it’s just not something you want to see when evaluating a prospect. If this continues, at least he might be available in drafts at a discount.

Laviska missed a couple of games this season with an ‘undisclosed’ injury, which many believe was a concussion. That forced him to miss most of his game against Arizona State and miss his game against Arizona altogether. Pretty quickly after that, he sustained a core injury which we have yet to see the full effects of. Furthermore, he began the season with a nagging toe injury, so it’s been difficult for him to get into any sort of rhythm.

Perhaps the biggest cause of a ‘drop-off’ is the diminishing play of his QB, Steven Montez. He hasn’t played nearly as well as a year ago and only has 1,723 yards, 10 TDs, and 8 INTs through 7 games. He’s looked especially poor recently; throwing for less than 200 yards against both Washington State and Oregon. He also threw 6 INTs in those 2 games.

Wu=ith everything taken into account, I still expect Laviska to be in the 2nd tier of WRs behind Jeudy, CeeDee Lamb, and Jalen Reagor. People will be turned on when they see his physical profile at the combine. On a recent Move the Sticks podcast, Shenault indicated that he expects to run in the 4.3-4.4 range in the 40-yard dash. At his size, that will intrigue many scouts.

Viska says he models his game after Larry Fitz and Julio Jones, but I prefer the Sammy Watkins comparisons. NFL Films’ Greg Cosell stated that “Shenault plays with shades of DeAndre Hopkins, Sammy Watkins, and Terrell Owens. The size, the physicality, the run-after-catch.” The Athletic’s Dane Brugler also compared him to Watkins, stating, “He’s a not-as-fast, but a more-physical version of Sammy Watkins.”

Durability may become a concern in the pre-draft process, but I highly encourage you to watch some Shenault tape. Purely because he’s unlike any WR I’ve watched before in regard to play style. If you want to see what he can do, make sure you check out the new Dynasty Prospect Film Room!