With Diggs out of town, someone has to step up for the Vikings in the passing attack! @DynastyJon takes a look at a couple of options currently on the roster! 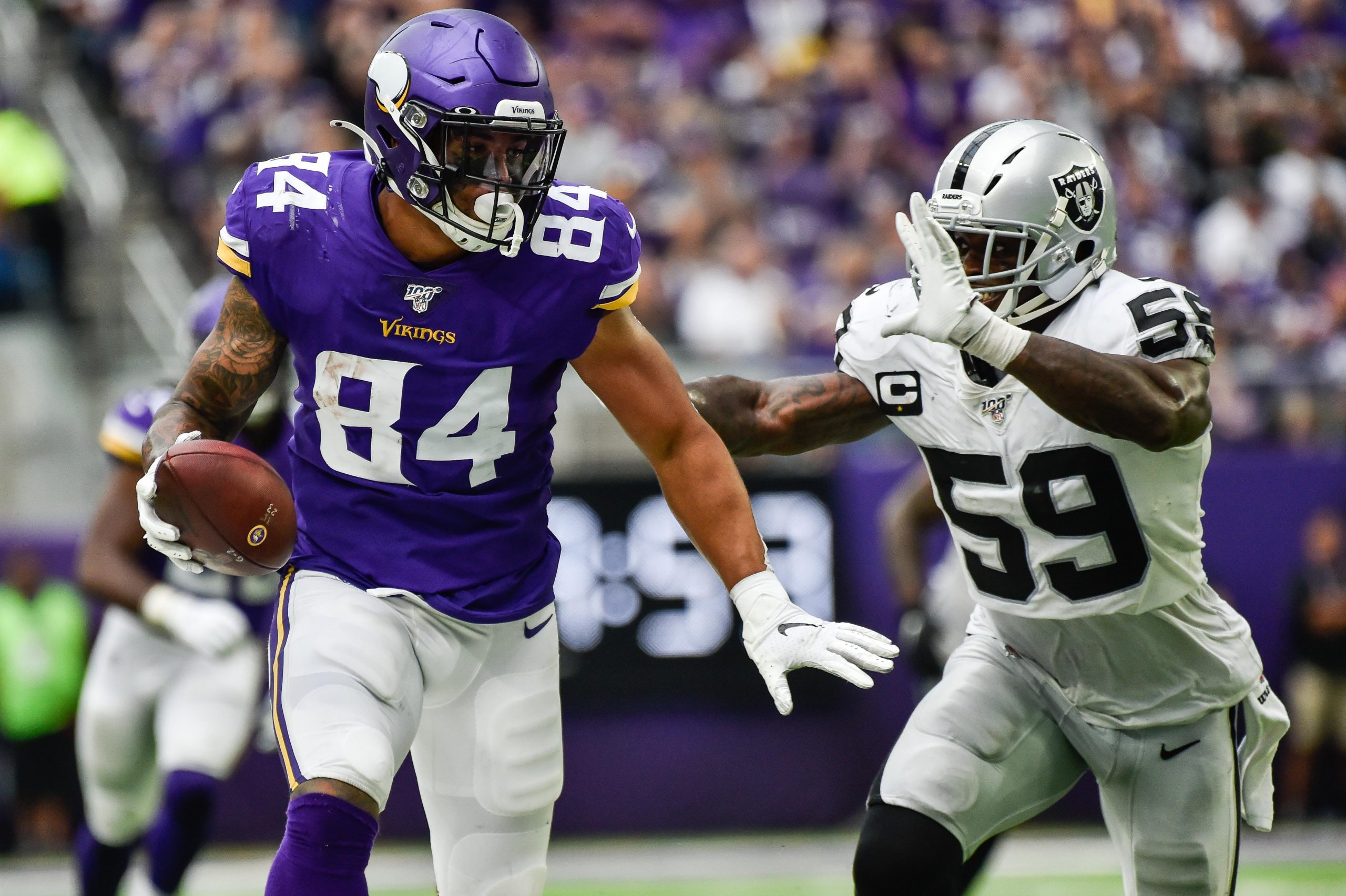 The offseason has finally seen the departure of Stefon Diggs from Minnesota. His departure has long been rumored, and we saw it come to fruition as Buffalo stepped up to acquire his services.

The move leaves a giant void in the Vikings’ passing game, and the Vikings have thus far failed to replace Diggs with a big name. As such, we are left to wonder who may fill the void. Diggs and Treadwell leave behind 110 targets in the passing game. They’ve added Tajae Sharpe, and there’s every chance the Vikings add a WR through the draft, but as things stand, there are two options that have my eye…..Olabisi Johnson and Irv Smith Jr.

Irv Smith Jr was the Vikings 2nd round pick in 2019 and was expected to instantly contribute in the passing attack as an Evan Engram clone. Expectations were high coming out of Alabama as he was a lethal weapon in the Crimson Tide passing attack. He was an impressive athlete who averaged 14.4 yards per catch in his Alabama career. In his final season, he reeled in 710 yards and 7 TDs.

As would be expected for a rookie TE, Irv didn’t contribute immediately. The 21-year-old was initially buried behind Kyle Rudolph and finished the year with 311 yards and 2 TDs. Perhaps most surprising was his 8.6 yards per reception. A far cry from the 16.1 yards per catch he had in his Junior season at ‘Bama.

I expect Irv to see far more targets in 2020. He could easily jump from 47 to 70 targets in year 2. If he’s able to turn those catches into bigger plays as we saw in college, then he’s destined for a fantasy breakout.

The other option that impressed me in 2019 was Olabisi (Bisi) Johnson. The 6’0” 204-pound WR was primarily used out of the slot for the Vikings on short and intermediate routes. He barely saw the field for the first half of the season. As the year went on, his snap count gradually increased. The rookie was a 7th round pick from Colorado State and overtook Laquon Treadwell and Chad Beebe on the depth chart, with ease.

Bisi was primarily a check-down option in the offense to pick up 1st downs from the slot. Out of his 31 receptions in his rookie campaign, 17 were for first downs. During his Colorado State days, Olabisi averaged 72 yards per game and 14.7 yards per catch during his senior season. Johnson is a slightly above average athlete out of the slot. If he could replicate close to 60 yards per game as the WR2 in the offense, I could see him returning WR3 fantasy value in 2020.

All of this being said, I’d be quite shocked if Minnesota didn’t draft a WR. With two first-round picks in the 2020 draft (22nd and 25th overall), I could easily see them looking to draft someone like Henry Ruggs or Justin Jefferson at that point. There’d still be value for an Irv Smith if that were the case, but it’d likely cap Bisi going forward.