Volume & Efficiency: Where does your Favorite WR Rank?

@FF_Smyth uses WOPR, Catch Rate, and Off Target Rate to determine the Wide Receivers with the greatest opportunity for long term success. 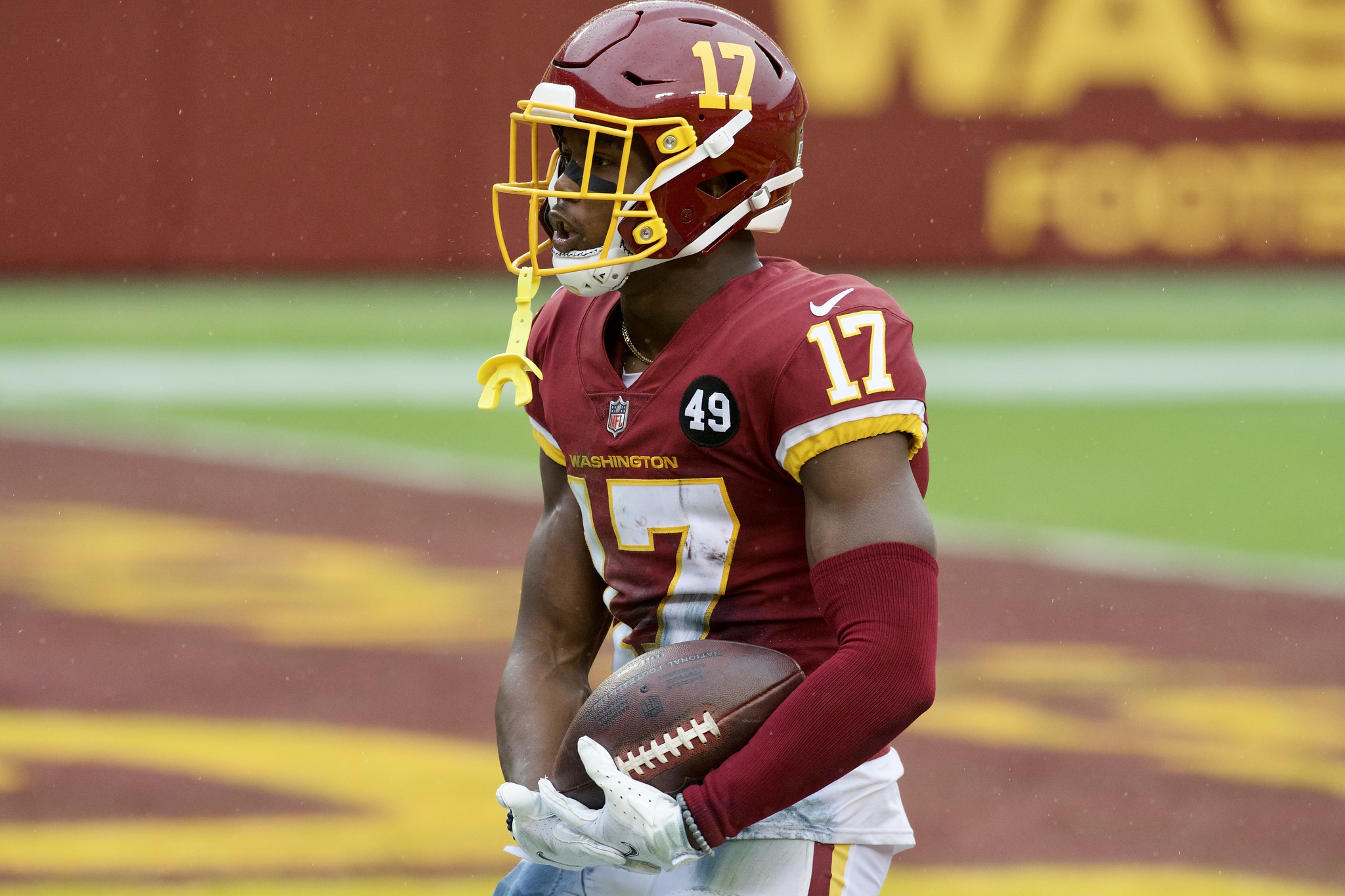 The two most important factors for an effective fantasy receiver are volume and efficiency. In order to assess this, the use of WOPR, Catch Rate, Off-Target Rate, and the combination of these statistics is used to determine the wideouts with the greatest opportunity for long-term success.

The main statistic used for sheer volume is WOPR (Weighted Opportunity Rating). This combines the target share with the air yard share that a wideout receives within their offense to best display the value of their volume. All targets are not created equally.

Michael Thomas is still the king of volume. Throughout 2020, Thomas has flown down rankings and is an afterthought after a historic year just a season ago. Be patient, wait for Drew Brees, and trust the numbers. According to WOPR, he does indeed run more than slants (occasionally).

Terry Mclaurin rises all the way to #2 on the list as the sole focus of the Washington offense. His target share is not guaranteed to be the same next year. However, it is almost a guarantee that Terry will have a better quarterback that can keep the offense on the field for longer than 30 seconds.

The last surprise is Denzel Mims, 8th on the list and #1 in my heart. The most obvious buy-low candidate on the market today, with the Jets owning the #1 pick. A year from now, Trevor Lawrence is in, Adam Gase is out. Mims has shown the talent, receives excellent downfield volume, and is ready to breakout.

When it comes to determining efficiency, two specific stats were analyzed; Catch Rate % and Off-Target Throw %. A combination was then taken to see how efficient each receiver has been this season, shown below in “Sum.”

Most of the top-ten players are slot or gadget receivers. Three of these players run under 25% of their routes from the slot; Julio Jones, DeAndre Hopkins, and Amari Cooper, further proving their elite talent. All players at the top of this list will greatly improve with a better quarterback, specifically Laviska Shenault Jr., the biggest surprise of the list. The rookie is top ten in catch rate, even with a high off-target throw percentage. Bring in Justin Fields or a different top college quarterback, and Shenault’s production could skyrocket.

No surprise here. Davante Adams reigns supreme. Terry Mclaurin continues his rise to becoming a superstar as he slides in at #2. The biggest surprise in the top-ten is clearly Corey Davis coming in at #9.

When analyzing this list, two players stick out in the opposite light. These star receivers are rated much lower compared to my dynasty rankings causing red flags.

The Panthers wideout is ranked 16th in my rankings as a young, talented receiver. However, Moore has been very inefficient with Teddy Bridgewater this season. His role has changed from a high-volume receiver to a deep threat, which has hurt him substantially. Bridgewater has a very high on-target rate, yet D.J. has been significantly poor in catch rate. The fact that he still has such a high WOPR (9/50) is scary given the fact that he ranks 35/50 when it comes to Volume x Efficiency. I’m hesitantly confident that he will turn it around in the near future as things naturally shift around.

I had a very low dynasty ranking of 25 for Mike Evans before calculating the volume and efficiency rankings. My reasoning is now displayed in numbers as Evans ranks 45/50. The deep threat receiver has been hurt by Brady’s inability to throw downfield. Mike Evans catch percentage and WOPR are low, even considering the poor quarterback play. Next season, Evans will be 28 years old, still likely teammates with Godwin and Brady. This will be his first season not reaching 1,000 receiving yards, and I don’t see his production getting any better. If you can sell now after a two-touchdown game, I would pull the trigger.