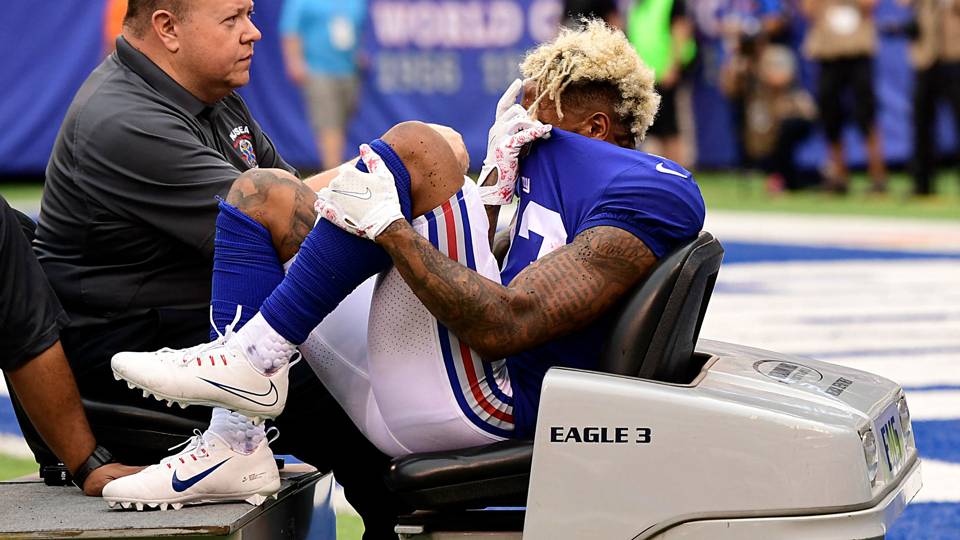 Deshaun Watson, Houston Texans – Deshaun Watson set the fantasy world on fire during his rookie campaign, averaging 27.2 fantasy points per game in the seven games he played. He tore his right ACL during practice halfway through the season but has reportedly been “crushing” his rehab. He participated fully in OTAs, indicating that he’ll be ready for Week 1 in 2018. 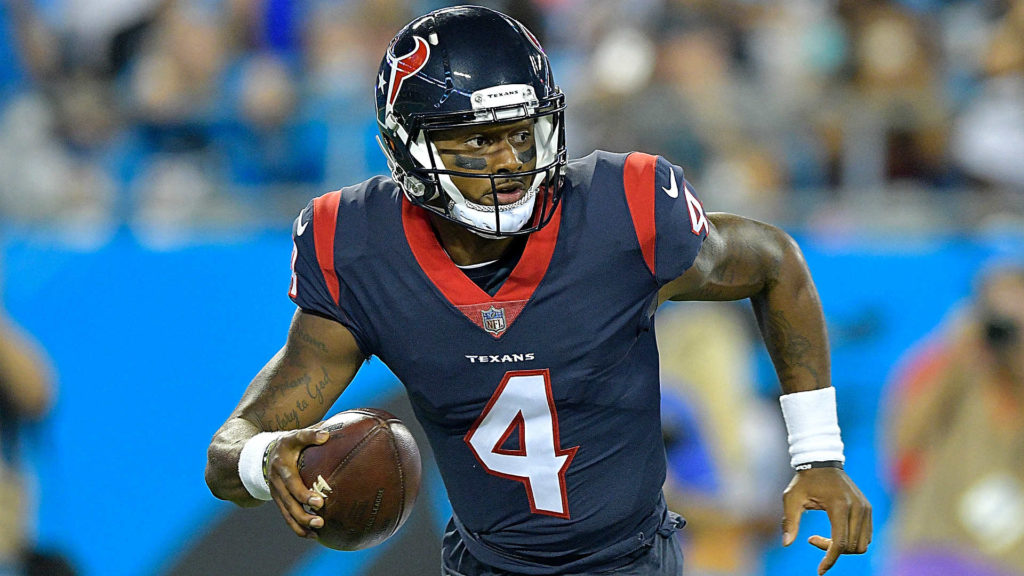 Carson Wentz, Philadelphia Eagles – Wentz went down in Week 14 against the Rams with a torn ACL and LCL in his left knee. The Eagles have been vocal all off-season about being conservative with their franchise QB, stating that they won’t rush him back. Wentz, on the other hand, has been optimistic that he’ll be ready for Week 1. At OTAs last week, Wentz participated in throwing drills and via video, looked confident stepping into throws on his left leg. Obviously, Wentz will have to do more than just throw to be fully ready for the start of 2018, but as of now, he has a shot to play Week 1. He’s a name to monitor this summer.

Ryan Tannehill, Miami Dolphins – Tannehill missed all of 2017 with a torn ACL in his left knee. He underwent surgery to reconstruct the torn ACL in August last year, so he will have an entire year to be ready for 2018. Tannehill participated fully in OTAs last week, indicating he will be ready for Week 1.

Dalvin Cook, Minnesota Vikings – According to reports, second-year running back, Dalvin Cook is ahead of schedule in his return from a torn ACL in his left knee. Cook showed why dynasty owners spent a top-five rookie pick on him last year, as he looked primed for a breakout in his rookie season. However, Cook tore his ACL in Week 4, ending his rookie campaign. He was limited to individual drills during OTAs but looked strong, confident, and explosive. Expect Cook to be good to go for Week 1 in 2018. 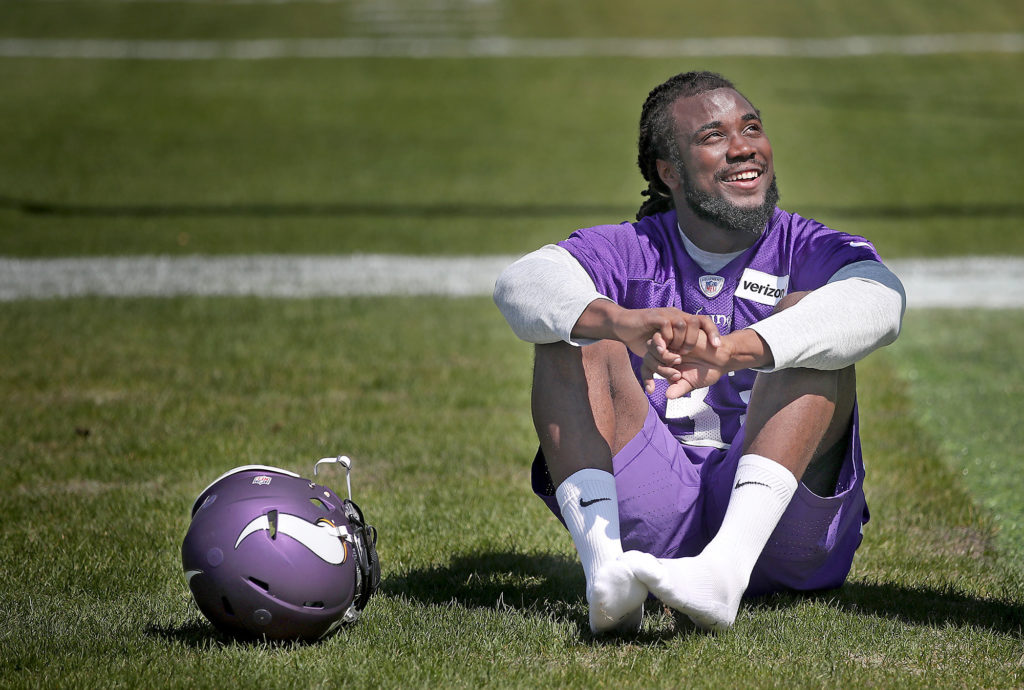 Chris Thompson, Washington Redskins – Thompson has struggled with injuries throughout his NFL career, and 2017 was no different. He suffered a fractured fibula in his right leg during Week 11. Thompson didn’t participate in OTAs last week, so his status is worth monitoring this summer. His recovery timeline is roughly 4-6 months, and his surgery was in December. Ultimately, I expect Thompson to be ready for Week 1, but given his lengthy injury history, the Redskins would be smart to manage his reps during training camp.

Odell Beckham, New York Giants – Beckham went down in Week 5 last year with a high ankle sprain and fractured fibula in his left ankle. After undergoing surgery to stabilize the broken bone in his lower leg, Beckham appears on track for a Week 1 return in 2018. He’s posted videos of himself running routes but isn’t seen exploding or cutting sharply off his left leg, indicating he’s not quite back to 100%. The Giants have been vocal about easing their superstar back into action this off-season, so it’s not surprising that he was limited during OTAs. Regardless, Beckham should be a full go once training camp starts in August.

Julian Edelman, New England Patriots – Tom Brady’s favorite security blanket tore the ACL in his left knee in late August last year. Now nearly nine months removed from ACL reconstruction surgery, Edelman appears on track for Week 1. He was listed as ‘limited’ during OTAs last week, but videos surfaced of Edelman going full speed and pivoting off his left leg. He looked confident and explosive. He’s one of my favorite buys this off-season for dynasty teams looking to add depth for a championship push.

Allen Robinson, Chicago Bears – A Rob tore his ACL in his left knee during Week 1 last year. Videos that I’ve seen of Robinson show him running and performing box jumps, so it appears as though he’s right on track for a timely return in 2018. However, he did not participate in OTAs last week, so it seems as though the Bears are being conservative with their new WR1. Not participating in OTAs last week shouldn’t worry dynasty owners. All signs point to Robinson being ready to go for Week 1. 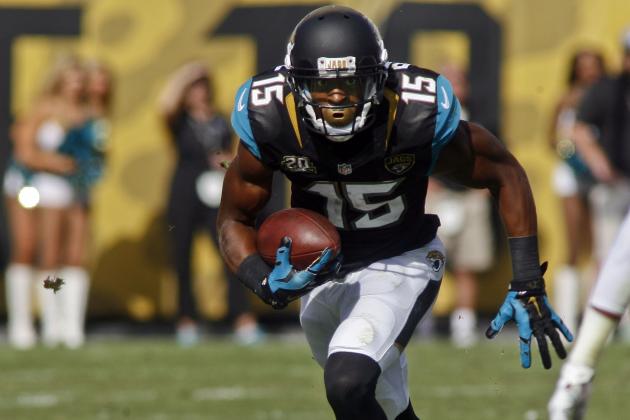 Cameron Meredith, New Orleans Saints – Meredith was set to be the Bears #1 receiver in 2017, but a torn ACL and partially torn MCL prevented that from coming to fruition. He was participating in individual drills during OTAs last week, so it appears as though Meredith is on track for Week 1.

Quincy Enunwa, New York Jets – Enunwa suffered a season-ending neck injury during training camp last year. He suffered an injury to one of the discs in his cervical spine, which did require surgery. The concern with these injuries is that in extreme cases, the nerves that go into the arms can be damaged. However, given that Enunwa was seen running routes and participating in individual drills, it’s safe to say he’s in the clear. Enunwa should be a full participant once training camp begins later this summer.

Hunter Henry, Los Angeles Chargers – Hunter Henry was primed for a breakout campaign in 2018, but it looks the breakout will have to wait another year. Henry tore the ACL in his right knee while running a route at OTAs, ending his 2018 season before it even began. Henry will be ready in plenty of time for the start of 2019. 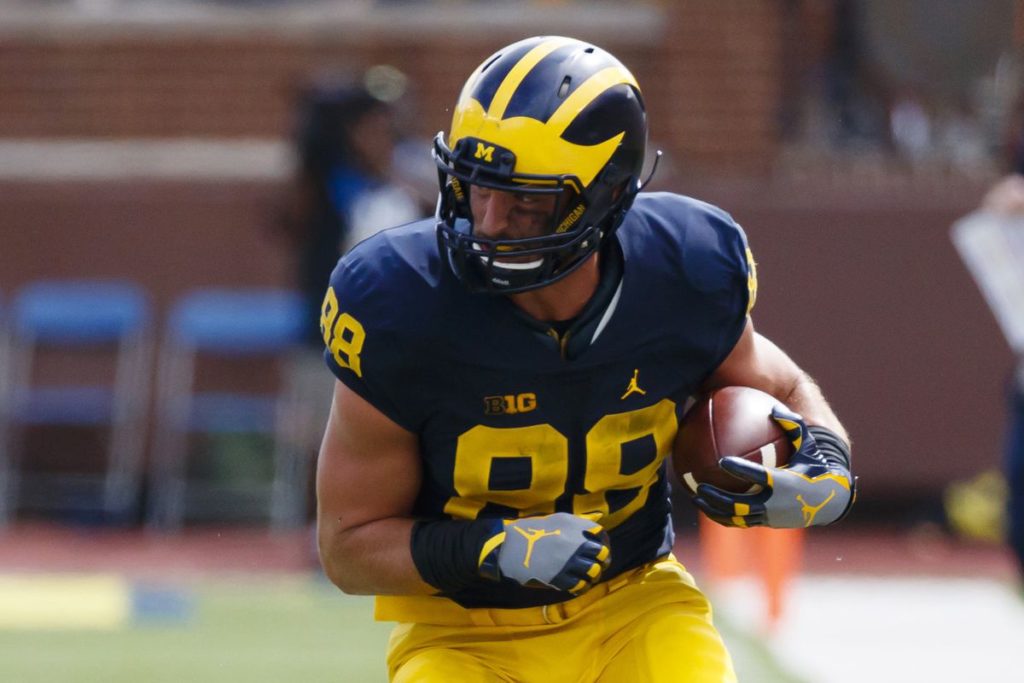 Jake Butt, Denver Broncos – Butt tore his ACL in his right knee during the Orange Bowl in his final season at Michigan. He was drafted last year by the Denver Broncos but redshirted during his rookie year. He participated in OTAs and is expected to be ready for Week 1. Butt is a name to monitor in deeper leagues for those who need help at the TE position, as the Broncos’ starting TE job is definitely up for grabs.