With J.J. Watt now in the desert, let @Spydes78 tell you if continued high-end IDP production is real or a mirage. 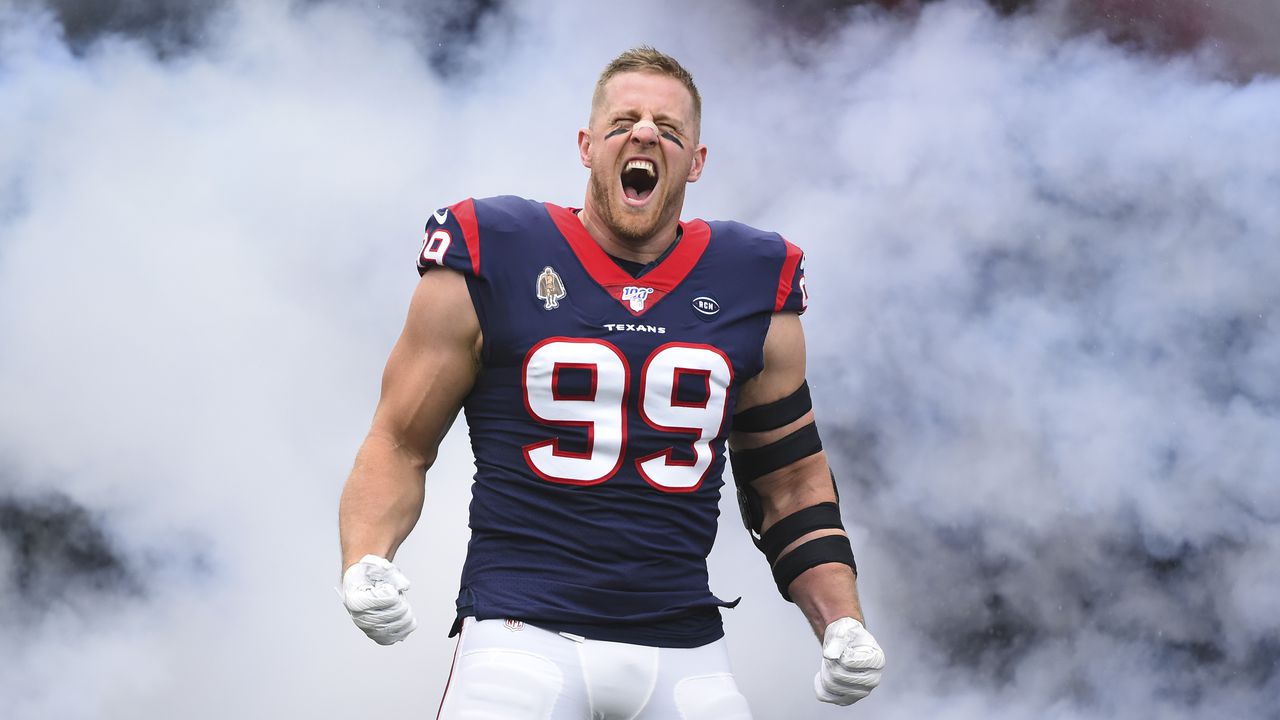 Unless you’ve been living under red rocks, you’ve probably heard about the Arizona Cardinals’ latest addition. Departing Houston, J.J. Watt will continue bringing the heat on opposing quarterbacks from his new home in the desert. Earlier in the offseason, J.J. made headlines when he requested and was subsequently granted his release from the beleaguered Texans. As a veteran cut, Watt was immediately free to sign with the team of his choice, and speculation promptly began to swirl regarding his destination.

With two brothers currently employed by the Steelers, some saw Pittsburgh as a logical place for Watt to spend the twilight of his career. As title contenders with a need, others believed Green Bay or Buffalo to be logical landing spots. This conjecture eventually reached a comically fevered pitch with onlookers scouring social media posts for clues, even citing a Peloton profile purported to belong to Watt as evidence of his intent. Watt put all of this speculation to bed on Monday when he posted a shot of himself in the weight room sporting a Cardinals tee along with the caption “source: me.”

So, with a destination firmly established, the next logical question for fans and IDP players alike now turns to one of fit. Can Watt continue to succeed as an elite pass rusher? Well, my friend, unless you can see the future, unfortunately, we are not out of the speculation woods just yet. However, we do have some key facts to serve as a guiding light on our journey.

Firstly, it is important to note the contrast in the circumstances between Watt’s former downtrodden team, the Texans, and his new upstart cast with the Cardinals. According to Rob Demovsky, staff writer for ESPN, J.J. Watt faced double teams at a rate of 30.1% in 2020, the highest for any edge rusher in the NFL. Teams rightfully recognized Watt as the most imposing threat on the Texans defense and schemed accordingly in an attempt to neutralize that threat.

Remarkably, despite being double-teamed for nearly a third of the available plays, Watt was still able to generate significant pressure. Per Pro Football Network, Watt won 22% of his pass rush engagements during the 2020 season. As suggested, the presence of Cardinals pass rush specialist, Chandler Jones, will likely inhibit teams’ ability to swing the primary focus of their blocking scheme to Watt.

Certainly, it is a gross oversimplification to assume that Jones and Watt will form an instant power rush tandem. On the contrary, given their ages and injury histories, it is reasonable to expect that they will instead both be part of a rotation along the defensive front. However, this reality does not invalidate the likelihood that Watt will face far fewer double-teams in his on-field snaps with the Cardinals. Jones and young buck Zach Allen are both players that will need to be accounted for in the pass rush. As offenses struggle to determine how to direct their protection efforts, this should only serve to make Watt more dangerous.

Nothing But A Number

As dynasty players, certainly, youth is an essential factor when considering player value. You naturally want a roster built to compete for the long haul, and that means building around budding talent. For that reason, a player like J.J. Watt, who is set to turn 32 before the close of March, can often be overlooked as a valuable piece. But as Dynasty Nerds founder Rich Dotson famously preaches, “All you need is a 2-3 year window, baby!”.

J.J. Watt is a superstar athlete who will likely see his bust in Canton after his playing days have ended. NFL Gameday recently highlighted that he had recorded 95.5 sacks since 2012 (ironically outpaced only by his new teammate Chandler Jones, who recorded 97.0 sacks in that interim), and his dominance has made him a household name.

As a case study, consider the sack totals for a trio of Hall of Fame pass-rushers collected during their age 32, 33, and 34 seasons. Watt’s situation is unique. These statistics were compiled in different eras of pro football, so please don’t misinterpret the data to conclude that J.J. is guaranteed double-digit sacks this season. However, I believe that the data can indeed validate that elite athletes at the position can buck the trend by being highly productive into their mid-30s. Bottom line, don’t miss out on a potentially advantageous play with Watt simply because you fear his age.

J.J. Watt has ingratiated himself with NFL fans during his ten-year career through philanthropy, a no-nonsense approach to preparation, and countless dominant on-field performances. Naturally, when he became a first-time free agent, fans clamored to learn where he would resume his career. Having landed with the surging Cardinals, many are rightfully intrigued to see the next chapter in Watt’s story.

I project Watt to continue his run as a high-end pass rusher. Based on the talent around him (notably veteran pass rusher Chandler Jones, linebackers Jordan Hicks and Isaiah Simmons, and stud safety Budda Baker), I foresee it being difficult for offenses to consistently scheme against Watt. As a special talent, I do not have concerns about age hampering his productivity and envision him being a solid piece to your IDP lineup during his Arizona tenure.

The best time to acquire Watt was likely before the Texans released him. Unfortunately, I suspect that the publicity created by his search for a new home has only driven up the price on him as an asset. However, if you can find an owner who is blinded by concerns over age or landing spot, I would absolutely recommend that you treat J.J. as an offseason target. As a grinding Nerd, you share two very important traits with Watt. You’re both elite, and you’re not likely to relent any time soon! Best of luck, and thanks for reading.

I thoroughly enjoyed bringing you this piece and would love to continue the conversation on J.J. Watt. Please feel free to comment below or contact me @Spydes78 on Twitter. And also, stay tuned to @DynastyNerds for a steady pipeline of content from our eminently qualified staff to carry you through your offseason. Enjoy the grind!