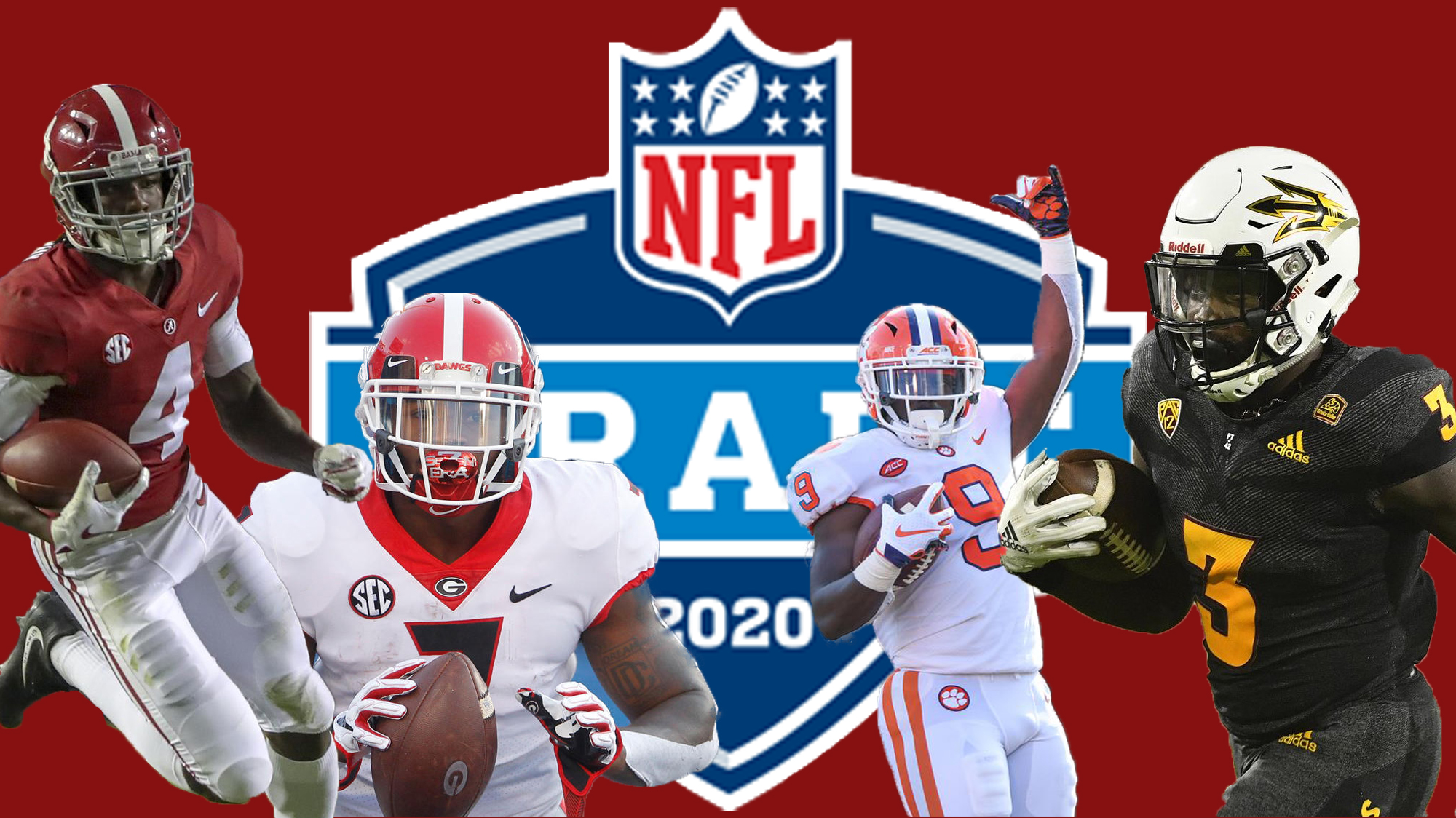 I am so excited about the skill position prospects for the 2020 NFL Draft. The talent is legitimately 2-3 rounds deep! This a preview of things to come. Here are my Way Too Early Top-10 prospects from the class. I will be following these players and more throughout the upcoming college football season and providing continual updates. It’s never too early to get prepared, let’s take a look these ballers in no particular order.

Benjamin is a dog! He exploded on the scene as a sophomore after seeing limited carries as a freshman. Benjamin showed that he could handle the workload on the ground and also in the passing game. He is powerful and has nice burst. He’s not a burner but far from a plodder. With N’Keal Harry gone to the NFL, Benjamin will be the focal point on ASU offense in 2019.

J.K. burst on the scene as a true freshman posting ridiculous rushing yards and an even better 7.2 YPC average. He is a powerful runner with great bust; although he doesn’t have the best straight-line speed. He is already an excellent receiver out of the backfield. He should improve on his rushing stats from last season with the departure of Dwayne Haskins, Parris Campbell, Johnnie Dixon and Terry McLaurin.

Etienne took college football by storm last season posting ridiculous rushing stats. His game film shows he is probably the most explosive running back prospect in this 2020 class. He hits the hole in a hurry, but he’s more than a speed back. He is powerful and breaks tackles at a very high rate. Clemson should dominate once again as they boast all world talent across the board on offense. Having one of the best QB prospects in the last 10 years on his side, running lanes should be plentiful for him this season.

Higgins is one of many Clemson offensive players who will be picked in the first round by dynasty owners over the next couple of years. He has phenomenal height at 6’4 and can sky over defenders to make ridiculous catches. Another season with Trevor Lawrence at QB, I can only imagine the numbers Higgins will post this season.

Words can’t describe how much I absolutely love Jeudy’s game. He will have a chance to shatter Alabama receiving records this season with Tua Tagovailoa (potential 1.01 in superflex leagues) under center. Jeudy is this best route runner I’ve seen since Amari Cooper. He is an explosive playmaker that can take a slant, juke three defenders – all on his way the end zone. He is almost uncoverable in the red zone and one-on-one coverage forget about it. He will go into this season as my number one rated WR.

Playing on an offense with Marquise “Hollywood” Brown didn’t stop Lamb from showcasing his future NFL potential. Lamb is a playmaker with an excellent catch radius for a 6’1 receiver. It doesn’t hurt that he was able to catch passes from Baker Mayfield and Kyler Murray; but don’t that let skew your opinion of him. Lamb should continue his assault on Big-12 defenders this season.

Reagor does not have incredible size, but he is a fantastic athlete. He is smooth, explosive and when he gets the ball in his hands it looks like a miserable time for defenders. He will rise up dynasty rankings this season and I’m confident he will be in the first-round rookie pick mix when it’s all said and done.

The casual dynasty leaguer may not be familiar with this name, but make no mistake, Shenault plays second fiddle to no wide out in this class. He is currently recovering from turf toe which limited him the second half of last season, but is expected to be ready for the fall. He has size, speed, excellent hands and power; Shenault has it all. He played in the backfield and as a returner. Watch out for him this season.

We might have to start calling Georgia, RB-U. Swift is a dynamic prospect that does everything at an elite level. He saw playing time as a true freshman in a backfield that supported NFL standouts – Nick Chubb and Sony Michel. He is elusive, powerful and dynamic in the passing game. I see no reason why he will not continue his upward trajectory as the most complete running back in college football this season.

I said that Georgia was RB-U, the same can be said about Wisconsin. There really isn’t much to be said about Taylor, his number are unreal. He is an 18-wheeler with a football, going down-hill with no breaks. He has speed, vision and power. My concerns with Taylor are his lack of receiving production and fumbling issues (12) in his two-year career. Despite those concerns he’s a lock to be a top pick in dynasty drafts next summer.