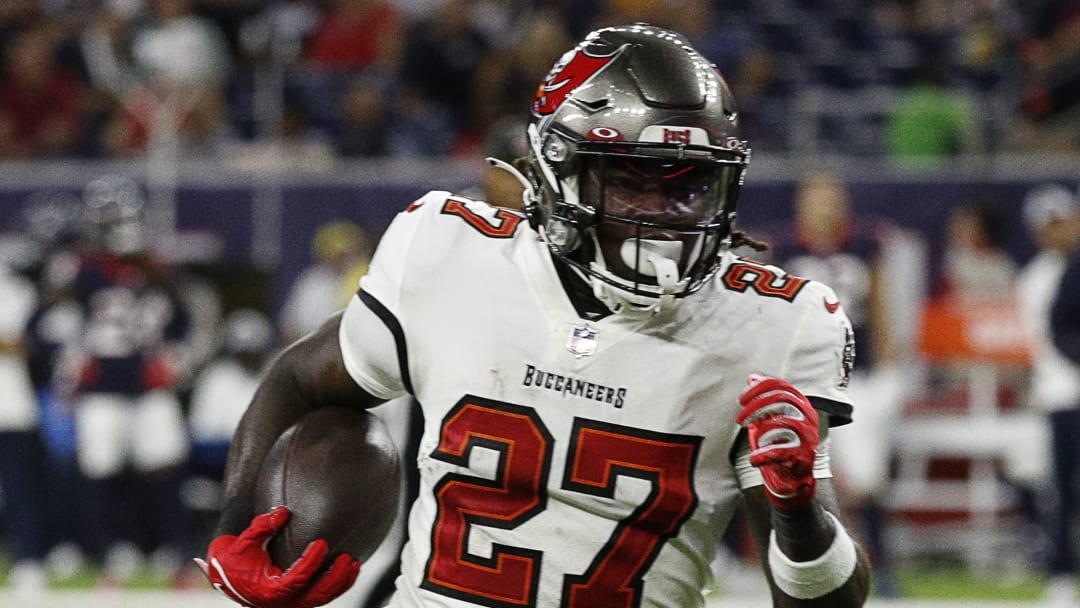 Week 1 of the 2021 NFL season is officially in the books. After a much-anticipated opening week, there were plenty of fantasy points to go around. While a lot of the points came from the usual suspects, many came from under-the-radar players. Some surprise players rose to the occasion, and some studs turned out to be week one duds.

This is the first article in the weekly buy and sell series where we will look at player trends on Prediction Strike. Which players are trending up? And which are on the decline? We will use this information as an indicator of potential buy candidates and potential sell candidates. Without further ado, let’s dive in and win some championships.

Week 1 could not have gotten much worse for Ronald Jones. After fumbling on his fourth carry of the game, Jones did not see the field for the rest of the night. He ended the game with 14 rushing yards and -0.6 fantasy points. This is the lowest his value will be. Because of this, I am buying – especially if I am a contender.

Jones is in his fourth year in the NFL, and he has improved every season. In 14 games last season, Jones recorded 192 carries for 978 yards and seven touchdowns. He also added 28 receptions for 165 yards and a touchdown on 42 targets. Jones finished as the running back 20 in PPR leagues, while missing two games. That is a solid RB2 that can be acquired for cheap right now.

As a contending team, depth is crucial. Not only can Jones be added depth, but he is a viable weekly starter that can boom any given week. He is on one of the best offenses in the league, and scoring opportunities will always be present.

Prediction Strike has Jones down by 15% since his abysmal Thursday night showing. Use this to your advantage. Pair it with the fact Leonard Fournette is still there taking away potential touches and see if the Jones manager is eager to sell. Only giving up a future third is in the realm of possibilities to acquire this running back who will surely see much better days.

In what many believe was going to be a breakout year for the second-year wide receiver, Jerry Jeudy, those wishes will have to be put on hold for the time being. Jeudy left Sunday’s game with an ankle injury. It has been reported that he will miss 4-6 weeks because of this ailment. If I am rebuilding, I am looking to trade for this young star in the making.

If Jeudy is on a contending team, immediately send an offer to that manager and try to get him. He will be on the shelf for the foreseeable future, providing no use for said team. Offer that team a player or two who could be plugged into lineups. The contending team will be able to focus on winning now, while you, the rebuilding team, can let him sit and heal up without it impacting this year’s strategy.

According to Prediction Strike, Jeudy is only down 1%. While it is not a massive dip in value, use the injury as a bargaining chip. I am more than okay giving up an older wide receiver in exchange for the 22-year-old. He had a promising rookie season, and before he went down against the New York Giants, Jeudy was looking sharp.

Up 40% after a solid week one, I am doing everything I can to sell running back Mark Ingram. He was able to put up 85 yards and a touchdown on 26 attempts. This was good for running back 18 on the week. Nothing eye-popping about this performance, but good enough to contribute. I think this is the most valuable Ingram will be all season.

Much to everyone’s surprise, the game script was in the Texans’ favor. They were up all game, making it more feasible to try and run the ball. I do not expect them to lead many games this year. They will often be trailing and may need to ditch the run in most of their games. While Ingram did log most of the teams’ carries, he was a non-factor in the passing game.

In addition, Ingram only played on 46% of offensive snaps. That is not the usage I want out of a fantasy player. The backfield has three other options in David Johnson, Phillip Lindsay, and Rex Burkhead. Couple this with the expectation of the Texans being down, and I don’t see Ingram consistently putting up numbers like this. The 32-year-old running back now in his 11th season is an obvious sell for me. If I can get any future pick or younger asset, I am making that move without thinking twice.