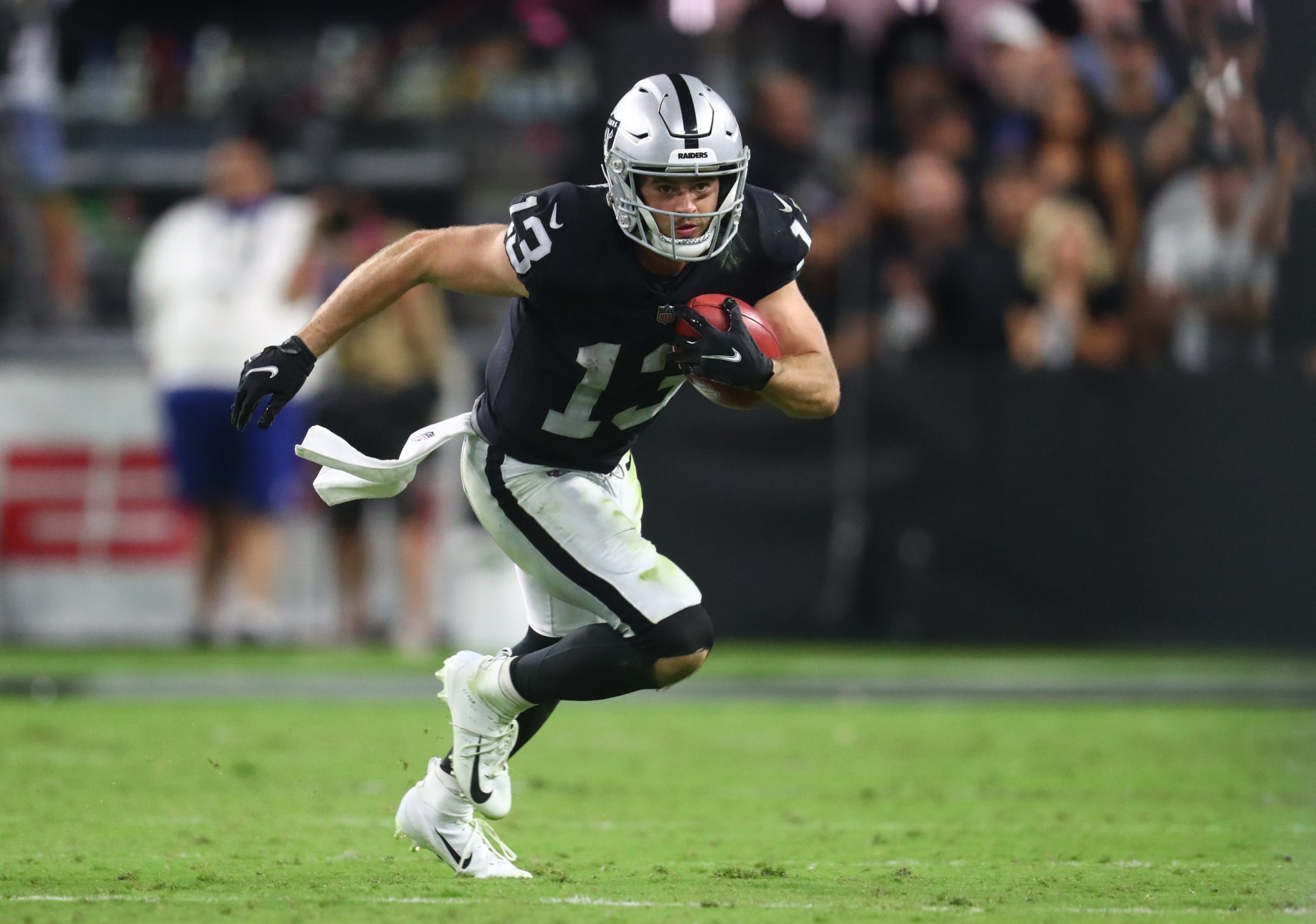 Week 11 of the 2021 NFL season is officially in the books. After a much-anticipated week, there were plenty of fantasy points to go around. While many of the points came from the usual suspects, many came from under-the-radar players. Some surprise players rose to the occasion, and some studs turned out to be week one duds.

This is the 11th article in the weekly buy and sell series, where we will look at player trends on Prediction Strike. Which players are trending up? And which are on the decline? We will use this information to indicate potential buy candidates and potential sell candidates. Without further ado, let’s dive in and win some championships.

Posting his best performance on the year this past week, Renfrow saw his Prediction Strike value increase by 3%. Catching eight passes for 134 yards on Thanksgiving, Renfrow helped the Las Vegas Raiders take down the Dallas Cowboys. Quietly having a solid year, Renfrow is still flying under the radar.

At just 25 years old, Renfrow makes for a good buy, whether contending or rebuilding. He has been a reliable option in the Raiders offense all year and will surely help a contending team as a borderline wide receiver two or flex play. Additionally, he has a lot left in the tank, being so young. I expect him to produce every week for years to come.

While Renfrow will never be an elite option or have the ceiling the superstars possess, plugging him in your lineup as a third option will be a huge advantage. Even after recording at least five catches in nine of his games this season, fantasy managers still seem to undervalue him. Renfrow can realistically be acquired for a second, maybe even a third. I would take that in a heartbeat when trading for this underappreciated receiver.

After a down week logging just two catches for 23 yards, Michael Pittman’s Prediction Strike value dropped by 15%. Use this decrease in value to your advantage. Buy the dip. Michael Pittman is a young, talented wide receiver, and his value may never be lower.

Prior to week 11, Pittman posted at least 70 yards or a touchdown in four straight games. Standing at 6’4″, the 24-year-old wide receiver has the frame to be a true alpha. Pair this with his skillset, and he could blossom into a star in this league.

On a team that can easily run the ball, opposing teams will be forced to stack the box. This will take some pressure off the pass catchers. Given Pittman’s size and presumably less coverage, he can track down a jump ball and win at the next level.

Not only do I love Pittman’s future in this league, I think he can be useful to a contender right now. He has shown us what he can do and that he can produce big games during his second-year breakout. I would offer a first-round pick for this superstar in the making.

Since leaving Philadelphia, Zach Ertz has been rather successful in Arizona. In week 11, he had his best performance of the season. Logging eight receptions for 88 yards and two touchdowns, his Prediction Strike value increased by 43%. Now is the perfect time to sell Ertz to a contending team.

At 31 years old, Ertz may only have another year or two left in the tank. I am using his resurgence with the Cardinals as a chance to cash in. Before this trade, Ertz did not have much value at all, if any. However, switching teams opened a selling window, which may be our last chance.

There is a chance a contending team offers a second-round pick for him, but truthfully, I would happily take a third. If you’re in the market for players, I would be interested in late-round fliers who are young and have a high ceiling. Getting any value for Ertz at this point is a win, and I would make a deal with any fantasy manager that shows interest.

If you’re not a #NerdHerd member, sign up now using my special promo code ‘FFWorm’ to receive 15% off any site membership. If you enjoyed this piece, look for more content on my Twitter @FF_Worm.  Feel free to tweet me or DM me for any questions, comments, or general fantasy football talk.