Flexy and I Know It: Week 12 FLEX Sit/Start

As we look to close out that playoff run @Tyler_Grez brings up his week 12 starts/sits to glean those last few points for that title run. 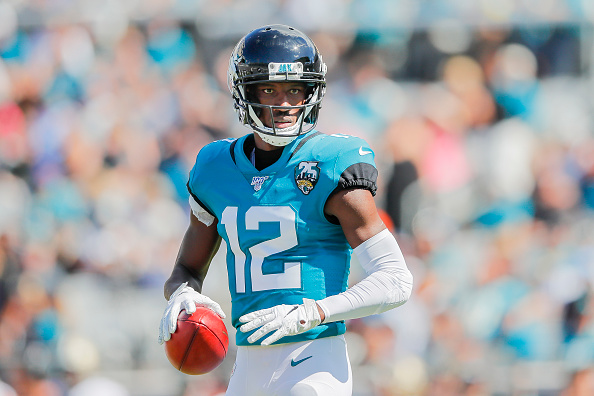 Every decision is critical and every win matters right now. Hopefully, I can lead you through the muck of your week 12 roster and scrounge up a victory.

Could the time finally be here? Guice rumbled, bumbled, and stumbled into the endzone last week for the first time in his young career. The young running back will be looking to build on last weeks performance against what has been a very disappointing Detroit Lions run defense. Now, it’s looking like Adrian Peterson is trending towards not playing this weekend. Guice has a nice ceiling this week and that ceiling just got bigger with the potential absence of Peterson.

The New York Giants allow a blistering 8.1 yards per target to the running back position. It should not surprise you that this is the worst mark in the league. The Bears offense has been sputtering as of late, but this game could be an opportunity for them to get right. I expect head coach Matt Nagy to get the ball into the hands of his playmakers (Cohen and Allen Robinson) and just kind of unleash this offense. However, if they can’t put up points against a pretty bad Giants defense, I would begin to be very concerned about the Bears’ offense for the remainder of the season.

I kind of like Gage as a FLEX play in deeper leagues. He’s gotten 17 targets since the departure of Mohammed Sanu (that’s 3 weeks) and Atlanta really has been Hot-lanta. Now, they draw a porous Tampa Bay Buccaneer pass defense. This game could put out a lot of points, on both sides of the ball. Gage has the potential to be a WR3 for the week when it’s all said and done.

Yes, I did just claim that there could be a lot of points to be had from this Falcons-Bucs game. However, I don’t think they’re going to come from Hill. Tampa’s run defense has been consistently one of the best all year long and Atlanta’s patchwork offensive line isn’t going to change that. If you’re playing Hill this week, you’re likely hoping for a touchdown of some sort. His receiving work will be minimal and as I just mentioned, the run defense is stingy. I’m not a fan of throwing guys into my lineup who would have to get a touchdown to be relevant. I like the Atlanta offense as a whole, but I just think there are better options available for your FLEX this week.

The Titans pass defense has quietly been pretty good for most of the year. DJ Chark has seemed to draw the fancy of Nick Foles early on and is producing like a number one wideout. Westbrook is still the number one receiver in Jacksonville, in my opinion, but he needs to start producing like one. I don’t see that happening this week against Malcolm Butler, Logan Ryan, Adoree Jackson, and Kevin Byard.

No Juju Smith-Schuster means an increased role for James Washington. I don’t believe, however, that means he will produce. Diontae Johnson’s status is also uncertain, which means Washington could be the de-facto number one receiver on Sunday. That also means he’ll draw the likes of William Jackson and I don’t particularily like Washington’s chances against a top tier corner like that. We just haven’t seen Washington produce at a consistent level yet and this week has a strong chance of being one of those down weeks.

The Cutback: RB Start / Sit Week 12
On the Border: Matchup Plays for Week 12