We do not know how COVID and/or player injuries may affect the next four weeks. Every player listed in the article have ROS upside and scoring ability. Make sure to add these players to your bench over players who are not scoring points if you are a contender. -🤓@JSnake_DFF 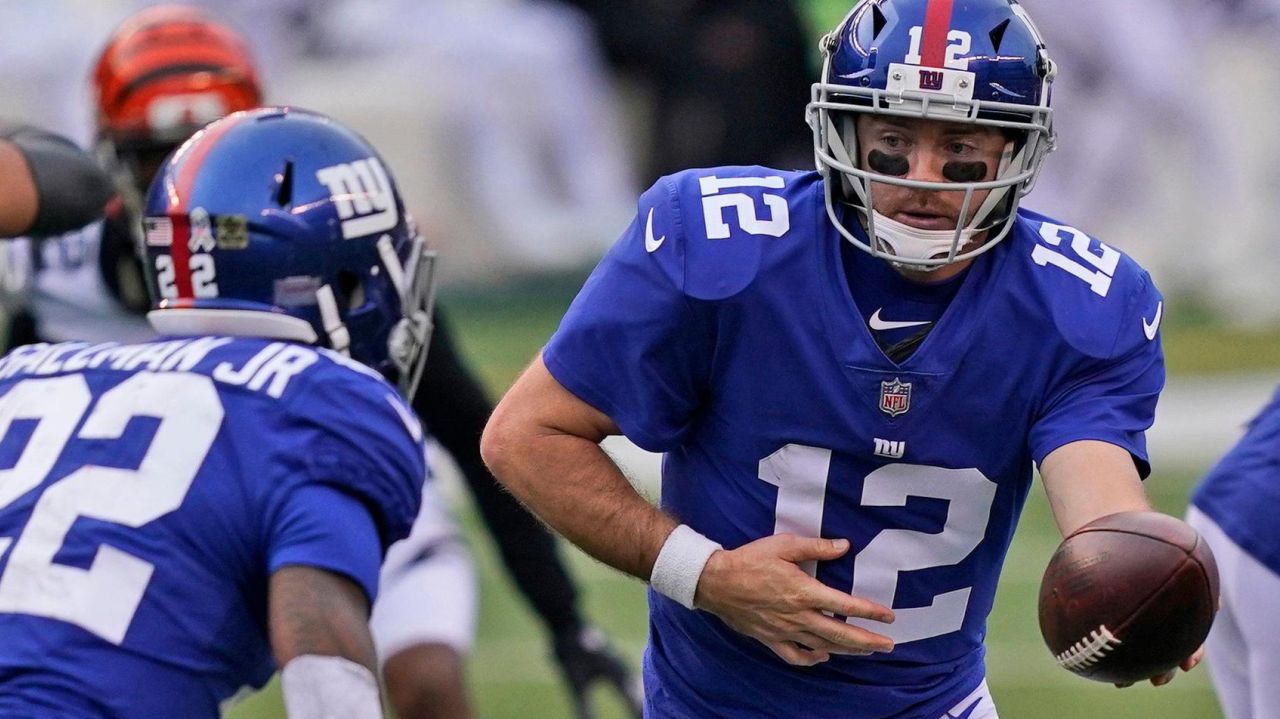 We are one week away from the fantasy football playoffs for 12 team leagues, so it is important to improve your depth as much as possible, especially with how unpredictable this season has been. We do not know how COVID and player injuries may change over the next four weeks. Top-level contenders may fall off from COVID injuries, while the teams who are fortunate to be healthy may win it all. Every player listed below has upside and scoring ability. I would add them to your bench over players who are not scoring points if you are a contender. Always be adding!

Daniel Jones has a “pretty bad” hamstring injury that required him to leave Week 12. Colt McCoy is now the QB of the Giants and replaced Jones in Week 12. He may be the QB for the remainder of the fantasy football season. I hope you have better QBs in a Superflex league to lead you into the playoffs, but I would always add starting QBs on the waiver wire. I would spend 10-50% of my FAAB on Colt McCoy in a Superflex league.

Todd Gurley missed Week 12 because of a hamstring injury, and he could miss more time depending on if the injury keeps bothering him. Ito Smith was the most productive back for the Falcons and had 17.5 PPR points. Smith also looks to be the receiving back, so he has a higher floor than Brian Hill, and Smith had a higher YPC than Hill. I would look to spend 5-10% of my FAAB on Smith because he can be a solid flex option in Week 13, depending on what happens with your team’s injuries or COVID players.

Sanu had the second-most receptions on the Lions and led all Lion WRs in PPR fantasy points with 15.2. We do not know when Kenny Golladay will be back, but I would add Sanu now just if I need a flex player in really deep leagues. I would only add Sanu if I were a contender and want to improve my depth. I would spend 1-5% of my FAAB on Sanu.

DeAndre Washington led all RBs on the Dolphins with 13 attempts. He also had two receptions on five targets. Ahmed missed Week 12 with a shoulder injury so that Washington could get the lead back role. One reason I would not be super excited to add Washington is Gaskin could also be back by next week, but in a 30 roster spot league, DeAndre Washington could be the starting running back for Week 13, so he should be rostered. I would look to spend 1-5% of my total FAAB on Washington because of his upside.

Chad Beebe had himself a day in Week 12. He had seven targets, seven receptions, 63 yards, and one touchdown. The main reason Beebe saw the field is because Thielen was out because of COVID. I would still add Beebe if I have an end-of-bench player that is not scoring points because there is always the potential for setbacks related to COVID.