IT’S TIME FOR THE PLAYOFFS! In this article, @Jsnake_DFF will focus on adds that will help contending team build depth and add a player who can start if dealing with injuries. Only 3 more weeks of the fantasy football season, so good luck to everyone, and let’s win championships! 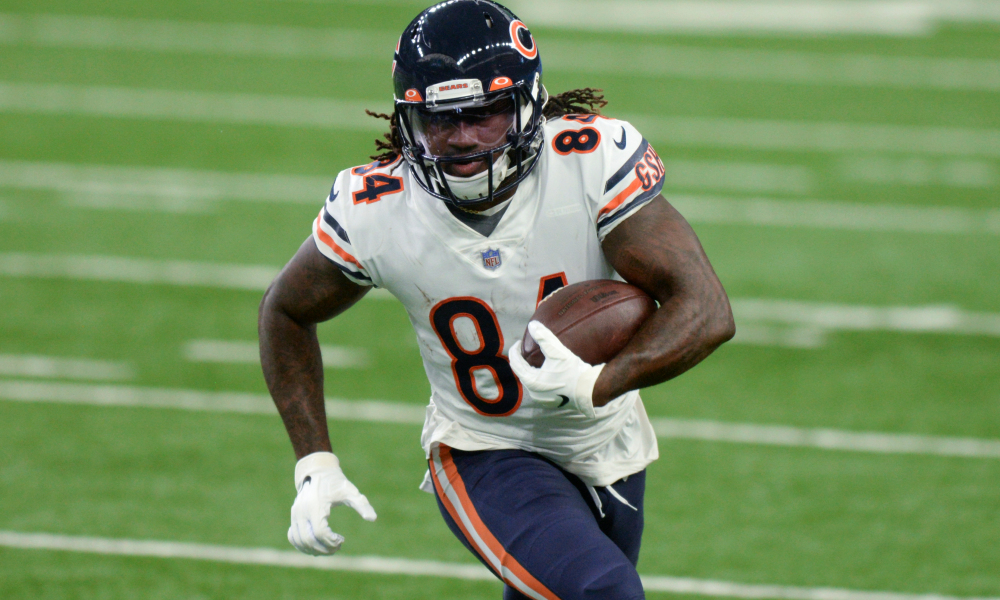 IT’S TIME FOR THE PLAYOFFS! I hope you could make the playoffs this year, but if not, take time and relax and enjoy some football! In this article, @Jsnake_DFF will focus on adds that will help contending teams build depth and add a player who can start if a team is dealing with injuries. Only three more weeks of the fantasy football season, so good luck to everyone, and let’s win championships!

Cordarrelle Patterson had a season-high in rushing yards in Week 13, and he was RB17 in PPR or WR32. Patterson has RB and WR availability for Sleeper leagues, but in MFL leagues, Patterson only has WR availability. Patterson has had over ten carries in two of the last three weeks, and I can see him maintaining his current workload. I can only hope that Patterson starts getting more receptions! I would spend 10-15% of my FAAB on Patterson.

I have already talked about Ty Johnson being a good dynasty add, but we finally saw why in Week 13. Johnson had 19.7 PPR points to be RB7 on the week before Monday night football. Johnson received the opportunity because Frank Gore left with a concussion, and Johnson is a must-add going into Week 14 because we do not know for sure when Gore will be back. I would spend 5-15% of my FAAB on Ty Johnson because he could be the starter in Week 14.

Chad Hansen was the surprise player of Week 13. He was WR23 on the week (before Monday night football). Hansen had seven targets and 15.1 PPR points without a TD, and Hansen can easily be the 3rd receiving option for Watson. He is a solid flex-start for any contending team with a deep starting roster. I would spend 5-10% of my FAAB on Hansen.

Josh Adams is an add for the super deep leagues. With Gore out in Week 13, Adams had eight attempts for 74 yards. I do not expect anyone to put Adams in their starting roster. I would add Adams just in case the Jets give him more of a workload. If you still have a retired player on your bench or an open bench spot, I would spend 1-5% of my FAAB on Adams.

I hope you already have Colt McCoy on your SF teams, but if you do not, you should add him! McCoy is only rostered on 10% of MFL leagues, while Glennon is rostered in 20%. They should have the same rostership. Sure, Daniel Jones could come back in Week 14, but I would still look to add McCoy as a bench stash because you never know what may happen. I would spend 10-20% of my FAAB on Colt McCoy in a Superflex league.