Week 2 Fantasy WAR Update: Why Aaron Jones is NOT the MVP Through Week 2

Aaron Jones leads all RB’s in PPR points, yet a different RB is the MVP in fantasy through Week 2. How can this be? 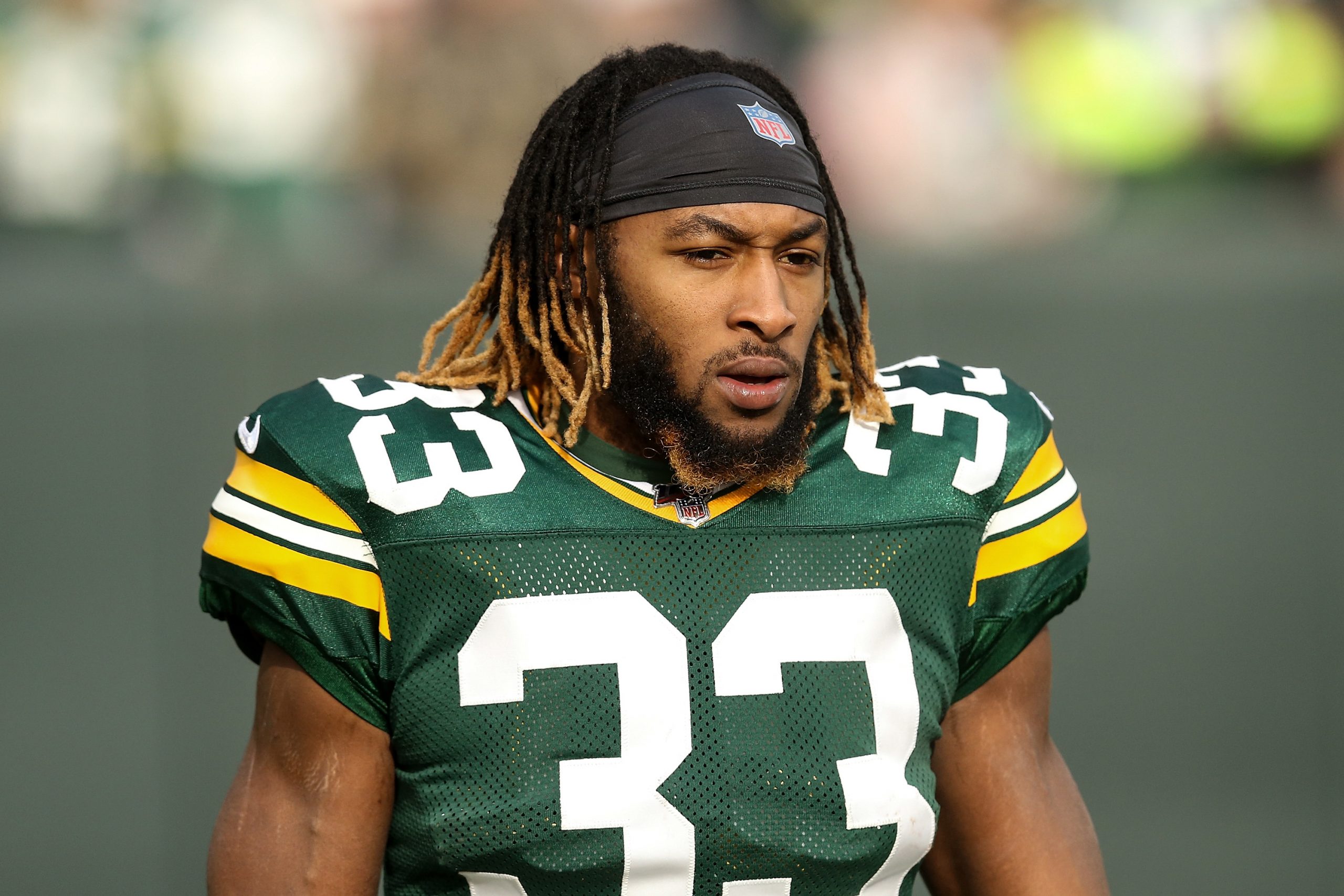 Aaron Jones provided an acceptable, yet not dazzling start to his 2020 campaign in Week 1 with 76 yards, four catches and a touchdown. He then blew the barn doors off this past Sunday with 236 yards, another four catches and three touchdowns. Through two weeks of the NFL season, Aaron Jones is the top fantasy scoring RB. Given this, as well as the fact that an RB holds the top fantasy player by wins above replacement (WAR) spot after these first two weeks, it only makes sense that Jones is that RB sitting atop the WAR pedestal.

Except, he’s not. It’s Alvin Kamara.

Here is my graph breaking down the optimal 2020 draft selections for the first five rounds (top-60 players) by fantasy WAR after Week 2:

So why has Alvin Kamara been the (slightly) better fantasy asset than Aaron Jones in these first two weeks? Week-to-week consistency and the law of diminishing returns is the answer. In Week 1, Jones provided a modest 17.6 PPR points to fantasy teams, while Alvin Kamara provided 23.7. Jones then demolished the Detroit Lions in Week 2 with a 45.6-point shellacking, scoring 7.2 points more than Kamara’s 38.4. The 45-point outing by Jones provided an estimated 90% win probability for fantasy teams in Week 2. But the trick of it is, it also likely led to fantasy teams winning by a decided margin. In many matchups in which Jones was started, fantasy teams didn’t need all 45 of Jones’ points to earn the W. This is where the law of diminishing returns comes into play. Had Jones scored 50 instead of 45, the result in the win-loss columns for team owners would not be nearly as beneficial as if Jones added 5 points to his subpar Week 1 outing. As you can see now, this is where week-to-week consistency counts.

Baseball provides a worthy example of this concept. It’s not uncommon that when a baseball team puts up 15 – 20 runs in a game that same team often runs into a hot pitcher the next day and lays a goose egg. And when this occurs, seemingly by rule of thermodynamics, the broadcast crew inevitably remarks about how “they probably should have saved some of yesterday’s runs for today”.

Well, in Aaron Jones’s case, it’s sort of the opposite. Instead of wishing to save some of his 45 points for the next game, these points would have been better served being retroactively shared in Week 1. And that is exactly why Alvin Kamara edges Jones out in fantasy value after two weeks. Aaron Jones’ sub-replacement-level 17.6 outing in Week 1 wasn’t terrible, but it put fantasy owners on the bad end of a coin flip for their matchup with a 48% win probability. Below is a table comparing the weekly fantasy team win rates estimated by WAR for both RBs:

Had Jones shared some of his 45-point Week 2 output with his 17-point Week 1 output, this consistency would have boosted him to the #1 WAR slot. But Kamara’s 59% and 83% respectively weekly chances of winning a matchup averages out to 71% overall, while Jones’ 48% and 90% averages to a slightly lower 69% overall.

The lesson here is that consistency has its place in fantasy football when deciding between players of similar perceived worth. If I’m a Jones owner in redraft leagues, I might try my hand at offering a straight up trade for Kamara after the dazzling display Jones put on in Week 2.

• Despite injuries to the two top drafted RBs, the RB position is beginning to take hold of the majority of top-10 WAR standings
• The Baltimore Ravens might be the closest thing to 2019’s New England Patriots
• Calvin Ridley might be this year’s MVP based on draft value
• Two weeks ago, I had no idea who Daniel Carleson even was

I’ll be tracking weekly WAR results each week on Twitter and look forward to sharing more insights like this as they come. For more information on what fantasy wins above replacement (WAR) is, check out my introductory article.