Week 2 was a rollercoaster, but we do have some solid waiver wire adds. @Jsnake_DFF’s top (and most fun) waiver adds are the potential RBs being added to the 49ers. Let’s dig into some gems. 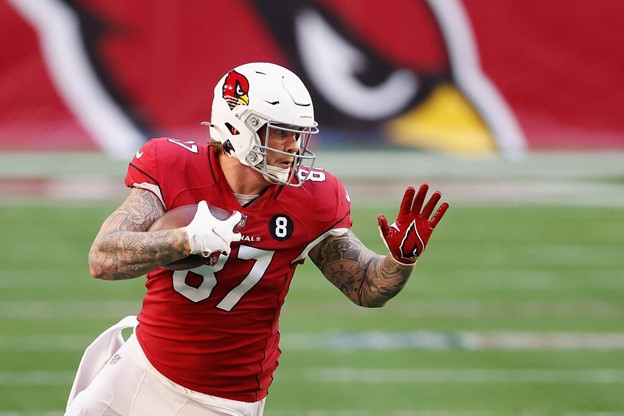 Week 2 was a rollercoaster. We had a great Thursday night game followed by an ugly slate of games on Sunday afternoon, finished by an amazing Sunday night game. The top stories from Week 2 are the plethora of injuries to the 49er running backs and all the QB injuries on Sunday. My top (and most fun) waiver adds are the potential RBs being added to the 49ers because it is unknown if any of the current RBs will be available. Also, all none QB waiver wire adds are rostered in under 10% of MFL leagues.

Kerryon Johnson could be the next man up with all three of the 49ers running backs injured. Hasty is out with a high ankle sprain, Sermon with a concussion, and Mitchell is hurt with a shoulder injury. Kerryon could find himself part of a committee on an offense that gives RBs the 10th most fantasy points with 22.8 fantasy points per game. I would stash Kerryon and see what happens.

Duke Johnson is purely a speculative add because of the injuries to the rest of the 49ers backfield. He was brought in for a workout and could be part of a committee on an explosive 49ers offense if signed. Can adding Duke Johnson prove to be a waste of FAAB? Of course! But I would take the risk because you may be able to start him in your flex or move him for a 2022 3rd if he gets the opportunity.

Yeldon and Miller are dynasty adds in deep leagues. I see both as end-of-bench stashes that can be cut if they don’t end up on the 49ers. I like both of them for the same reason that I like Duke Johnson. They have the potential to receive touches on the 49ers offense.

Maxx Williams is the TE3 for Week 2 in PPR & half-PPR leagues with an explosive 7 target and 7 reception game. Williams was a nonfactor in Week 1 with no receptions on 1 target. I can not tell you which Williams we will see throughout the season, but I am all about adding a TE with top 3 weekly finish potential, especially on an explosive Cardinals offense with the potential MVP, Kyler Murray, at QB. I would add and stash Williams until he shows another game or 2 of consistent targets.

Braxton Berrios is the WR39 on the season with 18 targets (tied 16th most in NFL). He was on the field for 58.9% of the snaps and had a 33.3% target share (top 10 in the NFL for week 2). Crowder was inactive for week 2, which does factor into Berrios’ increased workload. I would add Berrios in any dynasty league as a flex WR option. It is always important to follow fantasy points and the opportunity players are receiving, which Berrios is getting both.

Swain had a great fantasy game in Week 2 with 5 receptions for 95 yards and 1 touchdown to be the WR10 on the week. He was also on the field for 75.9% of the snaps for the Seahawks. Swain is giving me KJ Osborn vibes as a successful WR3 on a good offense. I want to wait to see 2 or 3 solid games with 5 or more targets before I put Swain in my lineup, but he could become a flex-worthy play during bye weeks.

Third-round pick Davis Mills is the new starting QB of the Texans. It is reported that Tyrod Taylor may miss the next four weeks with a hamstring injury. Mills did not have a great game against the Browns, but he did throw a TD late in the game. He is purely a stash and hold in SF leagues unless if you lost multiple QBs in Week 2.

QUICK LIST OF PLAYERS TO ADD IF FREE AGENT

What do you think about these dynasty waiver wire adds? Reach out on Twitter and tell me some additional players you are adding to your dynasty leagues. Have you joined the Nerd Herd? Just $2.99/month get’s you access to rankings, the film room, exclusive podcasts, and more.