Josh Gordon will be the hot waiver add for week 4, but @Jsnake_DFF has 4 other players worth putting in waiver claims for that are rostered in under 10% of MFL leagues. 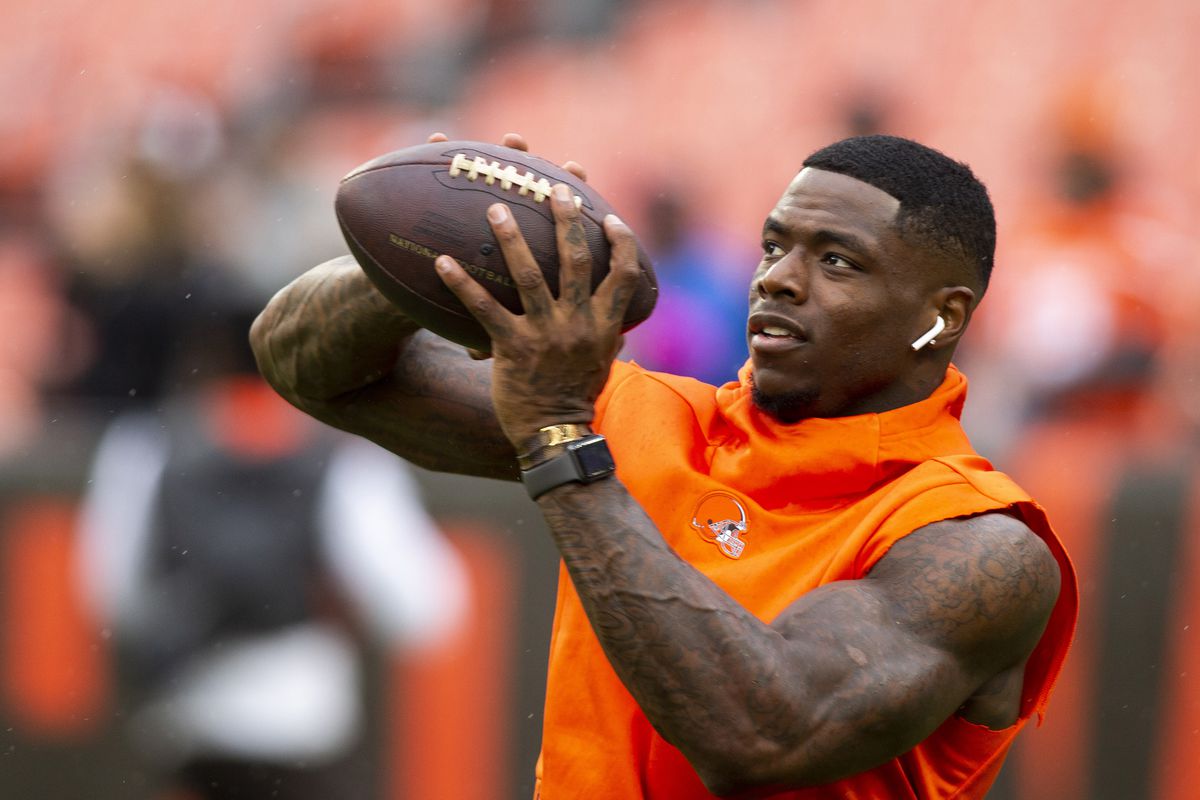 It’s already been a peculiar year for fantasy football, but at least we have some normalcy finally with Josh Gordon being reinstated once again! Gordon will be the hot waiver add this week, but I have four other players worth considering that are rostered in under 10% of MFL leagues.

Josh Gordon will be the hot add this week in all dynasty leagues (unless if people already stashed him once they heard the news he was coming back). I would spend 22% of my FAAB ONLY because I think you can get a 2022 or 2023 3rd for Gordon from someone in your league. I do not know how much FAAB people will spend, but 22% of your FAAB for a third-round pick is worth it. If no one wants Gordon, you have the WR3 on the Chiefs and can pray for a big game!

James White is expected to be on IR after a subluxated hip, which opens up the door for a different RB to become fantasy relevant. Bolden had the most targets out of all the New England players in Week 3. He was on the field the most out of any RB with 45% of the snaps. Harris was only on the field for 30% of snaps. Lastly, for opportunity share, Bolden had 35%, and Harris had 40%. Belichick is notorious for switching the workloads of his running backs, but I would take a chance and spend 22% of my FAAB on Bolden.

JJ Taylor is another running back that could get an increased workload with the James White injury. Taylor has been a player I have talked about over the last year as a dynasty add in deep leagues, and he continues to be an add for deep leagues. I would not expect to start Taylor unless if he has a significant increase in workload. In Week 3, he only was on the field for 14% team’s team’s snaps and received only 15% of the opportunity share. I would spend 10% of my FAAB to grab Taylor, even though I hope you already have him stashed.

Juszcyk led the 49ers in fantasy points in Week 3 and was second in opportunity share with nine touches, while Trey Sermon had 12. I do not predict Juszcyk to be a useful fantasy player again unless Elijah Mitchell and JaMycal Hasty miss another week or other injuries occur. In leagues with 30 roster spots, Juszcyk is a decent end-of-the-bench stash. I would only spend 5% of my FAAB on him and would be fine going as low as 1%.

Raymond led all Lion WRs with ten targets in Week 3. Raymond has also had at least four targets in two of the three games this season. One sad thing for Raymond is even though he had ten targets, he was only the WR38 on the week in half-PPR leagues. I would only spend 8% of FAAB on Raymond because the target leader keeps switching between players, and only Quintez Cephus feels like a safe flex start.

Collin Johnson was the most targeted WR on the Giants in Week 3 with seven targets. He benefited from both Sterling Shepard and Darius Slayton being ruled out in Week 3. If Shepard and Slayton miss next week, Johnson could be a flex player in start 11 player leagues. I would only add him in deep leagues and spend only 3% of your FAAB.

What do you think about these dynasty waiver wire adds? Reach out on Twitter and tell me some additional players you are adding in your dynasty leagues. Have you joined the Nerd Herd? Just $2.99/month gets you access to rankings, the film room, exclusive podcasts, and more.